Winnie The Pooh Is Not Intersex, But This Is What Intersex Looks Like 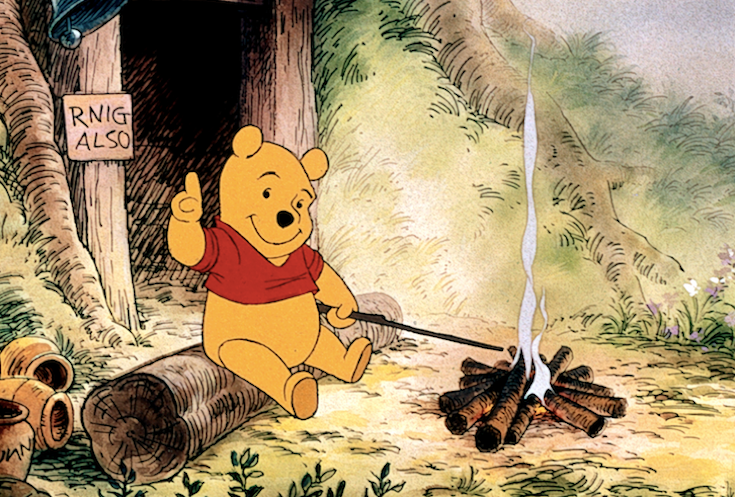 Look at the way he spelled "ring." DisGUSting. Courtesy of, Facebook

There's a certain luxury in caring about nonsensical controversies. While the rest of us are worrying about, you know, the health of our elderly relatives, paying bills, or the crushing oppression of millions the world over, a Polish town is up in arms over the possibility of Winnie the Pooh serving as a playground's mascot.

In the words of the pumpkin spice latte chugging chick ahead of me in line, "I can't even."

Here's the deal: Tuszyn folks do not want this honey guzzling golden bear to be the mascot for a new children's playground in their town. Why you ask?

Because he's a hermaphrodite who exposes himself.

Never mind the fact that he's a cartoon teddy bear ... and most cartoons (as they're largely penned for children—Adult Swim and Ren and Stimpy—excluded) don't boast genitalia. Because that'd be a little much. Oh, and let's also remember that Winnie and the gang were Christopher Robin's toys. What sick toys are you giving your kiddos, Tuszyn??

Strangely enough, this isn't the first time intersexuality has come up in the news lately; America's favorite Olympic, amphibious pot-head—Michael Phelps—is supposedly dating slept with an intersex woman. (And everyone and their mother has something to say about it.)

In any case, now seems as good a time as any to explain what intersexuality actually is. Noted geneticist Eric Vilain does not like the term "intersexuality," but—for the sake of simplicity—we will use that word to encompass the idea.

First things first: intersexuality is far more complicated than these Tuszyn tools (excuse our French) are making it out to be. It's not always apparent on the outside. A person can have female parts on the outside (vagina, breasts), but then have male anatomy inside. Using this example, a woman may not know that she's intersex until she reaches puberty. For that matter, this woman could live a long, blissful, life sans periods, die, then have her biological difference revealed in her autopsy.

There are also variances of this. In the case of Phelps' lady friend, she claims to have been born with a penis and uterus—yet, no testicles or ovaries.

Sometimes, the genitals seem "in between." A baby girl could have an unusually large clitoris, while a baby boy could take the opposite route and possess a surprisingly small penis. Those are the most basic examples, but there are other combinations (such as: no vaginal opening and scrotum that resemble labia). Again, it's complicated.

Even if Winnie were an intersex teddy bear (I rolled my eyes just typing that), he wouldn't be alone. Intersexuality is not terribly uncommon. Though nursery rhymes may insist that girls are made of "sugar and spice, and everything nice," we're actually made of XX chromosomes; boys, XY. One in 1,666 babies born are neither XX or XY. In 2012, the US alone welcomed 3,952,841 births. Roughly, 2,373 of those babies should be neither XX or XY. That's about the size of my high school. Not so small, eh?

There's an idea that nature doesn't make mistakes; therefore, we should accept people the way they are born. Certain Native American tribes prized intersexuality, and labeled these folks "Two Spirits." It was believed that they had, well, two spirits occupying one body. These people were accepted and, sometimes, held in honorable positions.

To reiterate—intersexuality isn't weird. But Tuszyn's playground officiants? The weirdest.