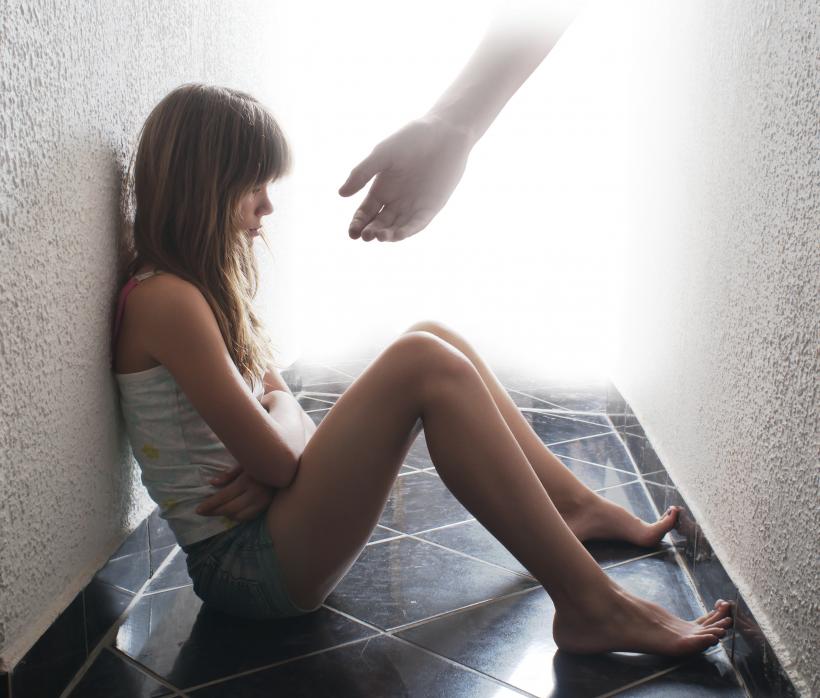 Adult me would be lying if I said a teenage boy has never caught my eye. In college, I found myself lusting after a well-built guy strutting past me while I read a book under a tree. His bulging muscles seemed destined to occupy my future fantasies. As soon as my mind began to wander on the subject, I realized he was in high-school . . . on a college tour of UC Davis.

So, I stuck my pointy Finnish nose back into the depths of my book and tried to forget my former lustings. And when I see an adult gazing at a person I know to be underage with that same look of longing, I do my best to give the benefit of a doubt. After all, many teenagers (myself included) mature into adult bodies early. As Nerve noted, there is a cultural interest in young, yet sexually mature, women.

The issue arises when said adult doesn't know when to stop. I.e., before anything happens other than a flickering moment of fantasy.

I was introduced to Abe at eight years old; my grandparents were friends with he and his wife, *Elaine. The couple had a daughter close in age with my sister and me, so my grandparents decided to play the proverbial Friend Cupid and get everyone acquainted. My parents took to Abe and Elaine quickly—the four of them worked in education, and each possessed a bevy of wit and intelligence. Abe's dry humor always had us roaring at dinnertime.

But...even as a kid, I noticed some odd things about Abe. For starters, he drank considerably more than the rest of the adults. Abe's squinty eyes would grow droopy and he'd take longer pauses in between his statements. I also thought he was weird around my mother although she was undeniably graced with a certain beauty that garners stares—even in her advancing age.

As a child, I was fairly accustomed to people stopping my mother and raving about her blue eyes. Abe was different however. I noticed that he hugged my mother way too long every time we left. And while my parents were/are affectionate with their loved ones, they didn't/don't bestow the sloppy kisses that Abe did.

My discomfort around Abe evolved as my body matured. While most junior high girls donned cutesy training bras, I was pushing a C cup. Abe began engaging me in conversation more. And more. And as I've always perceived intelligence as a valuable asset, I interpreted Abe's growing interest as a compliment to my budding brain. To his credit, Abe did encourage me to participate in adult conversations and express my opinion.

Things really shifted when I was 15. During dinner one night Abe turned to me calmly and asked, "Giana, are you having sex yet? I'm curious." I nearly spit out my food. Abe shifted his body to make it appear bigger, probably noticing my discomfort. I stuttered.

Abe repeated the question. Meanwhile my parents were in rapt discussion with Elaine and my sister was giggling with their daughter. Finally, I said, "Well, I believe Clinton's impeachment trial clarified that everyone has a different definition of 'sex.' Given that I don't know yours, Abe, I can't answer that question."

My heart pounded as I reached for my drink. Abe smiled broadly and applauded my answer. "Well done Giana! I'm impressed! No further comment." Relief flooded me. Maybe he was just challenging my intelligence? After all, I was drinking wine with the adults. Never mind that I grew up in Napa and underage wine drinking was part and parcel to adolescence.

I don't know if it was my obviously impressive, 15-year-olds quips about Clinton, or an obvious misinterpretation of interest on my part, but Abe grew bolder. And fast. next time he saw me? He called me "little slut."

And then he called me "little slut" regularly. Every time our families got together, Abe found a way to single me out and whisper those two little words. And it wasn't just the words, but the tone itself; it was the way Abe would grin lecherously as his droopy drunk eyes took in my teenage body.

Coupled with that disgusting phrase, Abe began trying to discuss sexual stuff with me. He also told me I should be in a Hooter's calendar. He said things I couldn't understand. Things I simply didn't get. While I was admittedly engaging in sexual activity with my peers, it was just that: my peers. Our attempts were fumbling, awkward, and (in retrospect) funny. Abe, who was in his late 50's, had decades of knowledge. I was often intimidated by the things he said, and would shy away, but he would follow me, continuing his strange sexual diatribe.

Given that I was the type of teen who would come home with hickeys, reeking of alcohol and pot (and lying about it), I just didn't think my parents would believe me. And I felt confused. Abe hadn't actually done anything, I didn't fully understand the situation and couldn't properly articulate it. And my parents themselves hadn't witnessed much of any.

And so it continued.

While he never touched me, Abe had a way of making me feel trapped. He once dropped by unexpectedly one day, while I was watching a movie with my mom on the couch. I was wearing a bathrobe, as I was unprepared for company. Upon seeing Abe's form in the doorway, I leapt to get clothes. I was naked under my robe, and my jump partially revealed this. Instead of letting me by, Abe swiftly blocked my path between the couch and coffee table so I couldn't get around him without touching him. I seized in a panic. My mom offered a seat to Abe, but he said he preferred to stand.

Another day, he came to my parents' when I was home alone. I opened the door (not knowing it was him), and Abe walked past me into the house without being asked in. He inquired as to my parents' whereabouts. By now, his harassment had gone on for two years. I was fed up.

"They're still at work. You knew that. What are you doing?"

Abe ignored my question and began walking around my home. I repeated my questions, Abe continued to ignore me. I briefly wondered if I was hallucinating. Abe helped himself to a glass of water and sat on the couch, still not talking. I tried again, but he remained silent. At this point, I was terrified.

As a runner and dancer, I figured I could jump over him and flee—but that was the best I could muster in terms of self defense. Instead, I ran to a different room and called my best friend. I didn't tell her what was going on, but whispered that I needed her to stay on the phone with me. After what felt like an eternity, Abe finally left. His glass remained on the table, as proof that I hadn't imagined it.

But one fine day, the truth finally reared its ugly head. We were talking at dinner, and I mentioned that many people thought I looked like my aunts—my dad's younger sisters. In front of my father, Abe said, "oh, they were little sluts too?" Finally, I lost it and screamed at him. I've always been a family-oriented lass, and I loathed the idea of Abe dragging my awesome aunts into his sick fantasies.

At long last, the truth came out, and my parents heard my story. They cut contact with Abe and Elaine. Elaine dutifully stayed married to her perverted husband. Abe continued to father his daughter. He also kept his teaching job. I was just the "little slut" teenager causing a scene over nothing. I was humiliated, and asked my parents not to tell anyone. Because of this, my grandparents kept in loose contact with Abe and Elaine. When my grandfather died two years ago, Abe showed up to his service. He spent a solid portion of the party trying to talk to me. But I pushed past him—refusing to talk.

After all these years, the thought of Abe and his drunken stare still makes me visibly shudder.

As adults, we know that there's a line. It is our responsibility to respect it and not cross it. I may have been more mature than the average teenage girl, but there were endless intricacies to which I was innocent. The feeling that rushes over my body after I finish a satisfying bout of sex with a man I adore is nothing compared to the silly fumblings of my youth.

Intimacy shared—even with men I barely dated—is prized beyond all young experimentation. Adult sexuality is different. Period. Knowing that I (possibly) played a pivotal role in the sexual fantasies of a man who watched me grow from a child to a woman disturbs me more so now that I have a knowledge of this glaring discrepancy.

I don't think Abe is a monster. I think he's a confused, pathetic, man. Maybe I'll understand him more when I reach my middle age. But probably not.