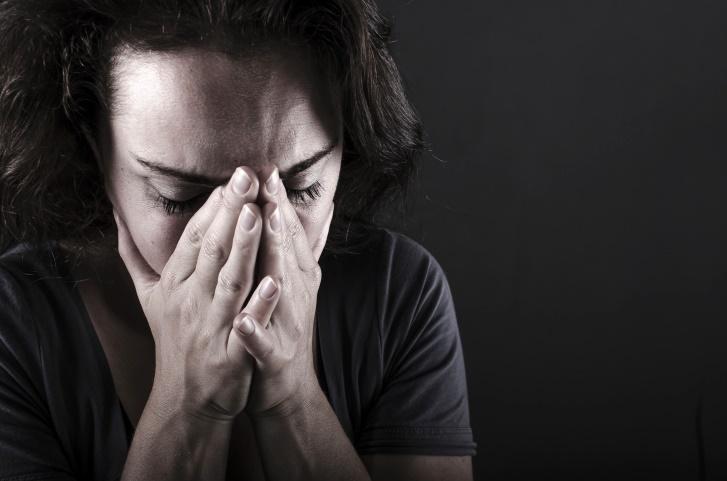 Remember that show To Catch A Predator, featuring investigator Chris Hansen luring child molesters and would-be child molesters into compromising situations, in order to catch them in the act? Do you watch Catch A Contractor, a comedic take on this concept in which Adam Carolla lures deadbeat contractors into a sting house, then forces them to finish the job under his team’s direction?

It’s safe to say the caught-in-the-act premise has been a successful television concept—for both better and worse. At best, these shows do good while entertaining audiences; at worst, they are exploitative and offensive, delighting viewers while perpetuating damaging stereotypes and ruining lives. And no show encapsulates these debased qualities more thoroughly than 8 Minutes, a planned reality show recently greenlit by A&E.

The show has a simple premise: Cop-turned-pastor Kevin Brown lures sex workers into motel rooms and then has eight minutes to convince them to turn their lives around. The idea sounds a lot like another A&E show, Intervention. But while that series was exploitative to a certain extent, it ultimately helped not only the people being intervened upon, but also viewers struggling with their own addiction problems. In the case of 8 Minutes, the agenda is far murkier.

In an interview with Entertainment Weekly, producer Tom Foreman, best known for the ever-so-heartwarming Extreme Makeover: Home Edition, explained how the show works:

“ . . . he gets them alone in a room and says, ‘I’m not here to have sex with you, I’m here to offer you a whole new life if you want it. Tell me your story.’ What you learn is that none of these girls would have chosen this life.”

Brown doesn’t go at it alone, bringing in two former prostitutes who are members of his team. They attest to Brown’s mission, telling the unknowing victim:

“I was right where you are, I was scared my pimp would find out and beat me, I didn’t know if I could trust [Brown], I didn’t like the idea of leaving my stuff behind and running away in the middle of the night, but I said yes and my life has never been the same.”

According to Foreman, Brown’s success rate is 50/50. Some of the women are grateful and tell him they’ve been waiting for years to be rescued. But not all benefit from his controversial, rogue and unproven methods.

Last year, Brown and his partner Greg Reese were the subject of an LA Times article documenting their organization, Safe Passages OC. According to the organization's website, which is really just a very web 1.0 splash page:

"Safe Passage is a faith-based organization whose mission is to identify, locate, and collaborate for the rescue of minor victims of human trafficking. Safe Passage was started by Kevin Brown and Greg Reese; both retired police officers, in Orange County, CA. The organization is comprised of volunteers from the faith-based community, who dedicate at least two Fridays a month, to participate in undercover operations and try to rescue victims who are being forced into prostitution. Volunteers are required to attend a 16-hour course presented by Kevin and Greg. This course was designed to teach the layperson about human trafficking in general, how run and participate in undercover operations, and how to locate victims."

The paragraph above is literally all of the information on the Safe Passages website, save for the requisite contact info. But its few brief sentences pack plenty of sex work vilification, from the false implication that sex workers are typically minors, to the conflation of the profession with "human trafficking," which suggests these women have no agency in deciding to enter the field.

The sex work industry does indeed claim victims, but so too does it employ female adults who've made the conscious choice to make that their living. Rather than acknowledging the industry's nuances, this show casts all female sex workers as morally corrupt victims.

And this is to say nothing of the fact that the methodology Brown and co. employ—an explicit form of entrapment—represents not only a gross invasion of privacy, but is potentially dangerous. Even law enforcement can’t support the former cop’s method. Cpl. Anthony Bertanga, the spokesperson for the Santa Ana Police Department, told the LA Times:

“It's not a method we endorse. It's very dangerous. The fact that other people could be injured if something were to go wrong. That's a concern for us.”

On the show, while the faces of the workers are blurred out, there’s no doubt someone could recognize these women and put them in a dangerous situation. Is Brown going to offer them protection? Where do they go after receiving his "help"?

And then there's Brown's "faith-based" method. When he can't get through to the women, he resorts to prayer:

“This is the body of Christ, and we’re supposed to be doing these kinds of things. That’s bringing justice where injustice was prevailing.”

This philosophy assumes that sex work is not only corrupt, but immoral in absolute terms dictated by a higher power, a damning and ridiculous notion. And how convenient that the show allows Brown to advance his own religious agenda.

The show is cheap entertainment at the expense of real lives—an egregious example of sex work stigmatization and harassment sanctioned as a mainstream diversion. As a petition on Change.org asking A&E not to air the show convincingly argues:

"Sex workers lives are not entertainment. This show is not only degrading in nature, but it doesn't find sex workers, it tricks and manipulates sex workers into allowing him to come into their private space and then sets about abusing their human rights and expects these women will later consent to him using their face on television—this man [Brown] is not only delusional but dangerous and this program should be cancelled before it starts unless the broadcaster wants a law suit for aiding and abbetting this abuse.

Sex workers are human beings with a brain just like everyone else and can make choices for themselves about how they earn their living. The problem is with the law that continues to enable broadscale discrimination such as this."

A cancellation of the show would represent a powerful turning of the tables: Perhaps it's time to catch greedy television execs and corrupt wannabe stars in their acts of moral depravity?