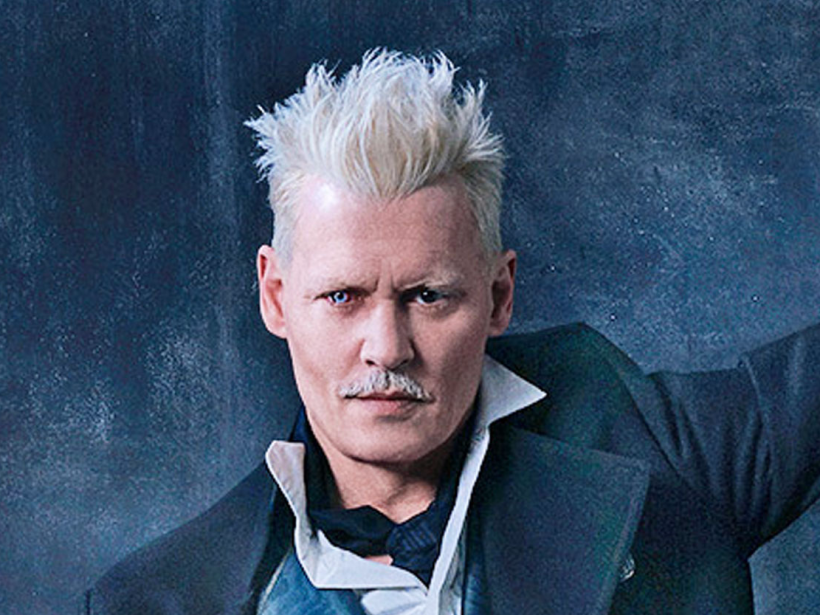 JK Rowling is in the news today and sadly it is NOT because she’s announcing a new Potter series featuring Harry and Ginny’s progeny wand-deep in some good old fashioned Hogwarts’ mischief. Instead, rather distressingly, JK is (again) defending the presence of probable wife-abuser/piece-of-trash human Johnny Depp in the forthcoming (next year) Fantastic Beast film, Fantastic Beasts: The Crimes of Grindelwald, as Grindelwald himself.

Haven’t we already done this?

Why, yes, I do believe we had this exact conversation around the release of the first installment of the series, Fantastic Beasts and Where to Find Them, which also starred Johnny Depp.

Same ol’, as my gramma would say. Men keep on being men and we keep on letting ‘em.

jk rowling has worked so systematically and methodically to destroy my love of her creation. it's fascinating.

And (again) she defends her defending of Johnny with this defense:

I'm saying what I can about the Grindelwald casting issue here:https://t.co/NDMjy542Yv

“Based on our understanding of the circumstances, the filmmakers and I are not only comfortable sticking with our original casting, but genuinely happy to have Johnny playing a major character in the movies.”

To which I say, clearly NOT. If it were, we’d have an entirely different situation on our hands. (And by situation, I mean President.)

Fans (or used to be fans) reply in kind:

Which brings up a valid question: WWDD?

(What would Dumbledore do?)

Dare I say, he’d rather cancel the movie than employ a heathen?

Should she have given Depp the proverbial boot? It would be the decent sisterly thing to do — solidarity and whatnot, #metoo, etc. No? Too much to ask? Apparently, yes. A girl's gotta do what a girl's gotta do, I guess. JK's gotta employ Depp and I gotta write about it.

From Rowling's statement though, some might deduce that she knows more than the rest of us mere muggles. 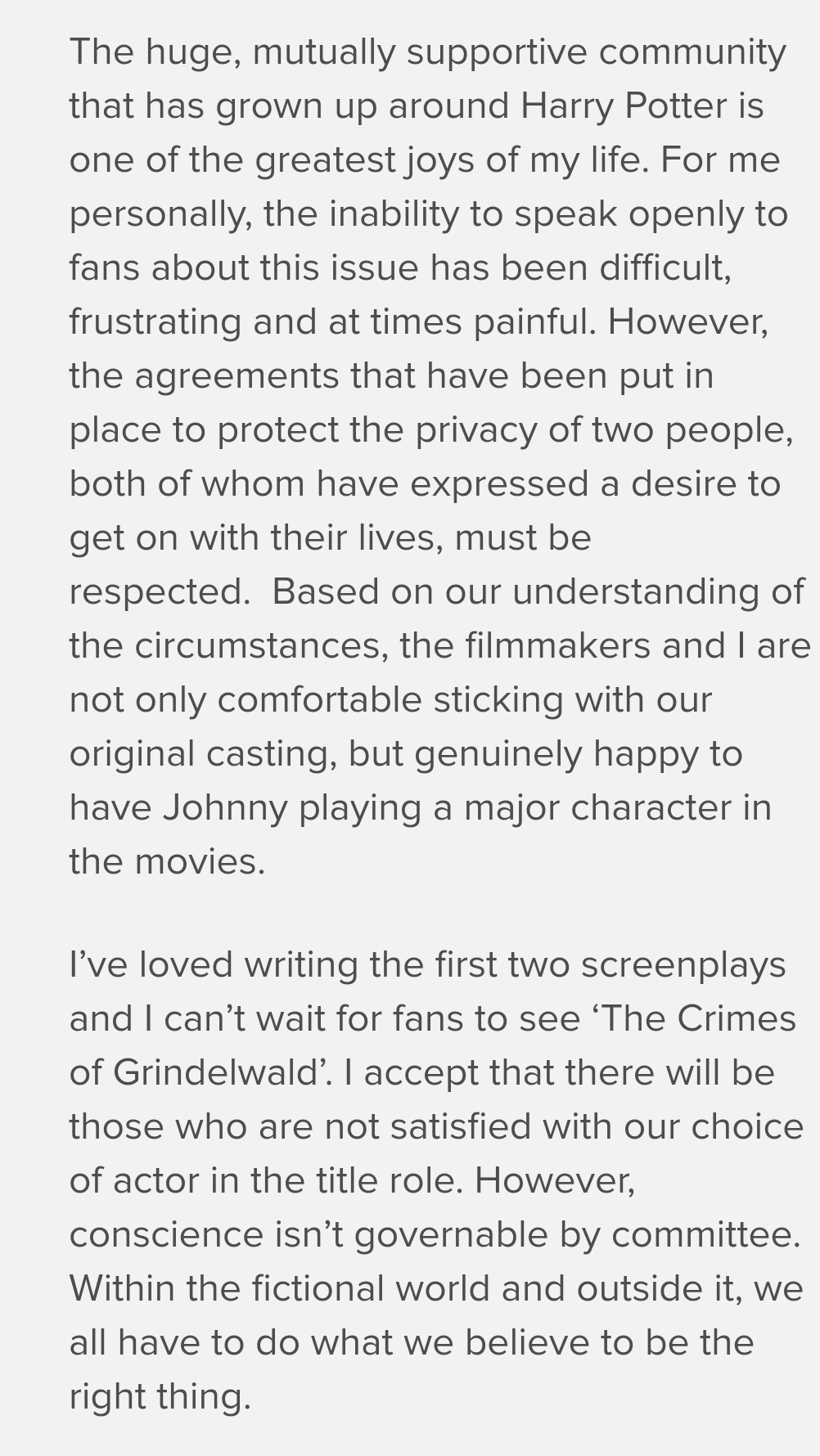 What will all of this do to the Great Potter Franchise?

Not enough to matter to JK, apparently. She reportedly made $650 million last year which is probably as much money as any person could need or want. We’ve already traversed this path.

Meanwhile, assholery aside (or included?), Johnny is still banking on his box office success of (many, many) years passed. Yet, for two years running, he has won the formidable Forbes title of most overpaid actor in Hollywood.

Is Johnny talented enough to even warrant the fuss? I’ll give him Pirates but what else does he have really? His most recent three — Alice Through The Looking Glass (2016), Mortdecai (2015), and Transcendence (2014) —  were mostly forgettable. Alice cost about $170 million to make ($20 million of which were likely his). The budget for Fantastic Beasts is probably even higher. We could feed a lot of hungry kids with $20 million.

Regardless of how a handful of angry folks on the internet feel about Johnny Depp, there are at least some folks who don’t care about what Johnny does in his private life. I am not one of those people, but alas, conscience is not collective.

Here’s a dilemma: let’s say, for the sake of aforementioned collective conscience, we only employ men who have never abused their wives or showed their penis to anyone without first asking (and being told yes) or sexually assaulted anyone or slipped anyone a roofie, what have we left?

My five-year-old. Definitely. My husband. Yes. Probably not my dad, to be honest. People actually talented enough to be in a blockbuster film... Will Smith? Has he done anything yet?

(Incidentally, I searched “Will Smith sexual assault” and returned only this article about the grapefruit technique. Parental Discretion Advised.)

I am by no means excusing Johnny's shite behavior, I’m just saying, how many dudes in Hollywood AREN’T pricks? The list is short.

There are some things I cannot tolerate and that is one. Can we call Liam Neeson? I hear he has a...very particular set of skills. Skills he has acquired over a very long career...

(Has Liam Neeson done anything? I'm scared to ask.)