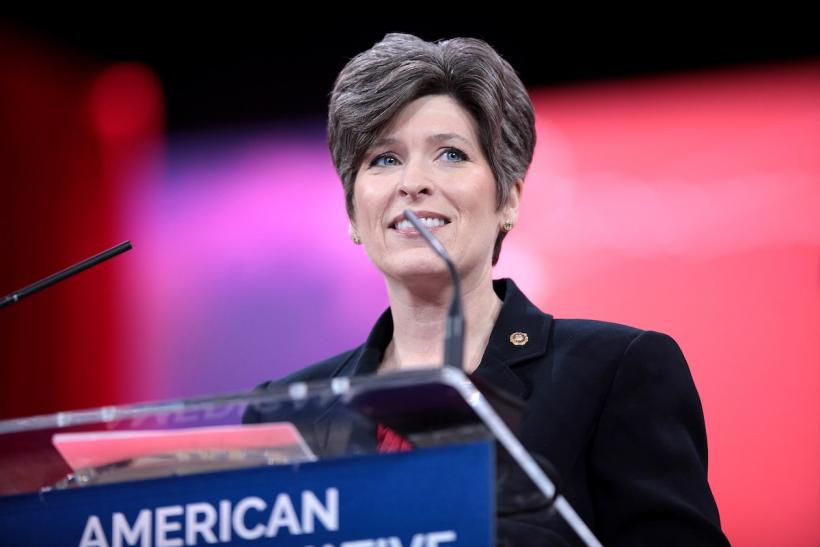 Senator Joni Ernst of Iowa recently discussed her experiences of rape and domestic violence in heartbreaking detail. It was a stark reminder that women, no matter how powerful or successful they may be, are still at risk of gender-based violence. It was also a reminder that sexual assault and domestic violence victims are human beings and that surviving trauma doesn’t turn you into a crime-fighting superhero. It’s tempting to want to believe that the human spirit can overcome anything, even something as horrific as rape, but our desire to see survivors transform in the wake of trauma can mask a cultural discomfort with the ugly realities of surviving an assault.

Whether it’s Bruce Wayne‘s tragic transformation to Batman, or a teenaged Peter Parker using his guilt over Uncle Ben’s death to become Spider-Man, the idea of someone channeling their trauma into action inspires us. Unfortunately, when it comes to stories about women, the trauma that often fuels their actions is rape.

A particularly tactless example of this trope can be found in season 5 of Game of Thrones. Sansa Stark’s character is sexually assaulted on screen. Far from portraying the assault as a devastating event, the show handles it as merely one more obstacle for Sansa to overcome as she develops from a naïve child to a powerful woman. Treating rape as a transformational experience is only one small step away from depicting rape as an inevitable, necessary, or even beneficial experience for women. It’s a shortcut for writers who can’t imagine any possible source of courage, change, or growth in female characters that doesn’t involve a physical violation. This reductive narrative minimizes the trauma of rape and robs female characters of agency within their own stories.

The concept of rape as part of a redemptive or transformative story arc is troubling enough when we apply it to characters in works of fantasy, but it’s outright dangerous when applied to real women who have experienced real trauma.

I disagree vehemently with Senator Ernst’s choice to confirm Kavanaugh to the Supreme Court, but I disagree just as strongly with questioning her vote because we now know that she has experienced an assault similar to what Dr. Christine Blasey Ford described.

Senator Ernst cast a vote on October 6, 2018, affirming her support of Kavanaugh’s appointment to the Supreme Court. Her vote was a problematic decision at the time because appointing Kavanaugh undercut the severity and scope of the allegations against him. Moreover, it created a Supreme Court where 22 percent of members have been credibly accused of sexual misconduct without any protection or restitution for their victims. As of January 2019, Senator Ernst has shared the stories of her own rape and domestic abuse and her vote still remains problematic for exactly the same reasons as it did on October 6, 2018. Her personal trauma doesn’t make her any more responsible for protecting sexual assault victims than she already was.

As a United States senator, Ernst has chosen to accept a position of power and influence that makes her uniquely accountable for protecting victims of sexual assault. Yet as a survivor, Senator Ernst is not uniquely accountable to other victims of sexual assault for the simple reason that she never asked to be one. Her comments about Kavanaugh demonstrated a troubling lack empathy for victims of sexual violence, but when we demand that she be more empathetic than other senators solely because of her own victimization, we do a disservice to survivors everywhere. Sexual assault is a physical and psychological injury, not a transformative event perpetrated to teach victims empathy.

Traumatic experiences like domestic violence and rape are not prerequisites for compassion or good decision-making. They are events that never should have happened in the first place. Survivorship is not analogous to a club membership, where you can be expected to behave according to certain rules by virtue of your admission. Nobody decides to be assaulted or victimized. People become victims when that decision is taken away. Setting conditions on such an involuntary status only exacerbates the problem and demanding every survivor act in perfect support of fellow survivors denies those who have experienced a violent trauma the very thing their abusers did: a choice.

Beyond the effect on those who have already been traumatized, holding sexual assault and domestic violence victims to a higher standard of conduct ultimately lowers the bar for everyone else.

Orrin Hatch is just as responsible for providing compassion and legal protection to sexual assault victims as Joni Ernst is, and he is no less accountable for his vote to confirm Kavanaugh. In fact, given his leadership role and his corresponding vote during the Anita Hill hearings in 1992, his betrayal of women runs much deeper than any female senator’s. Women in Congress have exactly the same obligations as men to protect sexual assault survivors, and survivors have exactly the same obligations as everyone else. Orrin Hatch doesn’t owe women and victims of sexual assault any less because he is neither, and Joni Ernst doesn’t owe them more because she is both. Everyone in a position of power is responsible for protecting and supporting victims of sexual assault and a staggering 50 members of the U.S. Senate failed to do so last year by appointing Kavanaugh to the Supreme Court.

Correlating Senator Ernst’s vote for Kavanaugh with her own sexual assault is attempting to draw a straight line between two unconnected events. She chose to support Kavanaugh’s confirmation. She absolutely, unequivocally did not choose to be a victim. To say that her traumatic experiences should make her more sympathetic to Dr. Ford than her fellow Republican senators is to say that her fellow Republican senators would have needed to experience those horrors themselves in order to find some compassion for Dr. Ford. I have never been raped yet I can find compassion for those who have been. I expect no less from the members of Congress. That senators like Orrin Hatch repeatedly fail to meet my expectations is a reflection on their lack of moral literacy, not a reflection on their lack of personal experience.

I will continue to disagree with most of Senator Ernst’s policies. I will continue to work on dismantling the oppressive systems of white supremacy and misogyny that she supports. And I will continue to do so by holding her to the same standards that I hold other senators like Orrin Hatch to. Survivors, including Senator Ernst, need the right to be imperfect, to be flawed, and to fail. They need the right to not call themselves feminists if they don’t want to and to make decisions that hurt other survivors. I don’t have to support those decisions–– and I can work hard against them–– but I do have to support their freedom to make their own decisions, even the ones that offend me. Because survivors aren’t masked superheroes: They’re humans. Expecting them to be more than that hurts everyone.

We Have To Stop Holding Survivors To Impossible Standards
Angana Roy