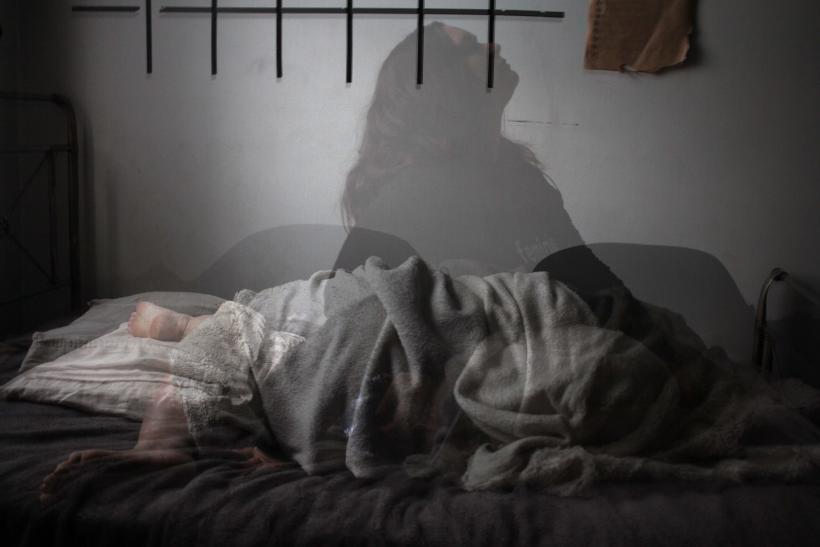 “Shut the door and sit down,” my new boss, the publisher of American Film Magazine, said.

I thought I was about to get fired.

“I want to tell you that you are a very sexy young lady. Very sexy.”

His voice was throaty, lustful. My heart began to thud in fear.

“But,” he warned, “the way you shake that pretty little ass of yours is going to get you in trouble. You cannot use your hotness to get what you want in the work world.”

He was hitting on me and berating me at the same time, criticizing me for his own attraction. While I knew he was being unprofessional, I didn’t think to do anything about it.

This was in 1979, eleven years after I was brutally raped by an 18-year-old boy I naively followed into the woods when I was only twelve. I didn’t tell anyone then, either.

Like Christine Blasey Ford, I didn’t want my mother to know I had lied to her about where I was. Like Ford, I don’t remember anything else about that night except the moment I was entered, ripped apart with such pain that I screamed. When he pushed his hand over my mouth, I passed out. After I came to, he told me to get dressed. I don’t remember going back to his parked car. I don’t remember the drive home.

I wonder if that boy, who is now 68 years old, remembers that night.

I loved my mom, but I cut her off beginning with that night. I tried to handle the trauma on my own and made a mess — drugs, skipping school, promiscuity. My mother took me to see several therapists, who blamed my parents' divorce for my behavior. Eventually, I straightened out, became a successful student, and had a relatively happy high school experience.

We all know trauma has lasting effects as evidenced by Dr. Ford’s irrational need for two front doors to her home decades after she was assaulted. The phobias and social anxiety I had until my fifties were ignited by experiences in my early twenties working for two different men who sexualized and denigrated me.

Several weeks before the closed-door encounter with my boss at AFI, I had described a new marketing idea at our weekly staff meeting. After I spoke, he stared at me for several long seconds. Then, with a pointed smirk: “Does anyone have anything . . . intelligent . . . to contribute?”

I was surprised. I was angry. I had been stupid, I thought, out of line. My anger at my boss’s intentional insult morphed into a self-punishing shame that flooded my body. My face and neck broke out in mortifying red splotches. I stayed silent for the rest of the meeting.

It became a pattern. Whenever I spoke in our staff meetings, my boss openly criticized me. My confidence plummeted. Eventually, I quit.

Out of desperation, I took the first job I could find, which was as an assistant to an executive at a suburban consulting firm. It had nothing to do with anything I was interested in. On my second day, that boss threatened to fire me when I balked at doing personal errands for him. I needed the income, so I picked up his dry cleaning and his kids from school.

The next day, my back to him as I filed folders in a cabinet across the room, I heard the distinctive sound of something rhythmically rubbing fabric.

Demoralized, I began to have panic attacks. My fear quickly ballooned into acute social anxiety. Avoiding social situations became my way of life. I didn’t date; I didn’t apply to graduate school. I even felt fearful around my own family. I beat myself up for being afraid of ordinary, everyday interactions.

Every important decision I made for my life was based mostly on my need to feel safe.

I gave up trying to have a career. I married a man who I felt safe with and who accommodated my fear. Nice, but not the stuff of happily ever after. We divorced 16 years later. I bartended, hiding from life and real connections with people. The bar between us protected me and gave me the power to walk away whenever I needed to. It was the early 1980s; the cocaine flowed as freely as the liquor. I’m lucky I survived.

The rape ripped a hole in my being that took the next fifty years to mend. I was a twelve year old. I was tiny. I was brutalized. But, as Carl Jung says, “I am not what has happened to me. I am what I chose to become.”

My story does have a happy ending. I got help, I worked hard on myself, and I am healed.

We survivors live every day with complicated consequences. Our assaulters do not. Brett Kavanaugh is on the Supreme Court. Louis CK is back onstage at Comedy Cellar. My rapist is probably hanging out with his grandkids.

If you like this article, please share it! Your clicks keep us alive!
Tags
consent
male privilege
Rape
assult