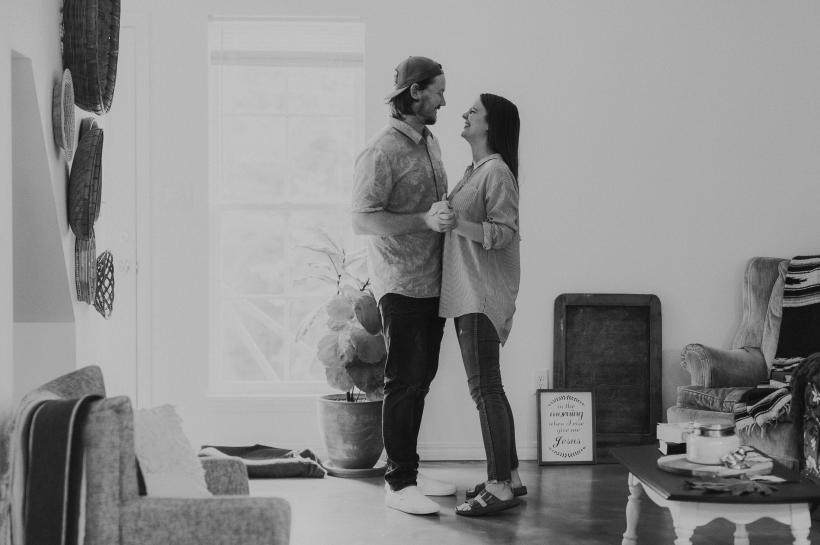 My phone buzzed with a text. Before I opened it, I knew it would be my husband, ramping up into a flurry of sexts to reassure me about my recent inability to engage in sex.

“While our encounter was quite pleasant, and you did seem to enjoy yourself a great deal, satisfaction was not, in fact, achieved. You couldn’t get no. No, no, no. Hey, hey, hey.”

Our sex life had increased in intensity and creativity and even whimsy over the past decade but recently had become a challenge for me. Intimacy was difficult, and sex with one’s husband of a decade is intimate.

Assault does not disappear because the new identities of “spouse” or “mother” or “activist” accumulate in your wake. No matter what else you are, it is still something that happened to you, that possibly transformed you. And although it does not define you, it is hard not to find it defining in this moment of cultural reckoning.​

There were a lot of factors to my sudden dysfunction, the biggest being that I’m a two-time rape survivor, that before our relationship I endured two and a half years of stalking, and once our youngest child started full-time school, I became an advocate for other survivors of gender-based violence. This is difficult work in the blizzard of #MeToo, and when one's head is buried in other people’s trauma, it’s hard not to get snowed in by your own.

In the early years of our relationship, my sexual appetite was ravenous. Like many survivors of rape, attempts to reclaim sovereignty over my body included mining it for as much pleasure as it was capable of providing. Mike arrived in my life near the beginning of this reckoning and gleefully tried to keep pace. He allowed me to cajole, a tireless provocateur, but kept me from behavior that could be overtly dangerous. He set boundaries, and I railed against them with petulant gratitude. He rode the brakes, and I whispered in his ear to put the pedal to the metal and let go of the wheel while fiddling with his seatbelt. We both knew he would never, could never, risk actual pain or death, no real damage or consequences.

The flip-side of this was that some nights, rather than being carried along to whatever sensual high my body demanded, he held me while I wept and shook. He told me I was not broken, I was not at fault for my abuse, I was better than I believed.

After marriage and children, “date nights” consisted of bondage workshops or dungeon tours. No matter what delicious tortures we put each other's bodies through on Friday night, we rose Saturday morning to eat waffles as a family, sing “Little Bunny FooFoo,” and take the kids outside to play in the snow.

But everything changed in 2016. Now the focus I had so long put towards myself, to heal and reclaim or simply understand, was beaming outward. From the moment the Access Hollywood tapes broke into the news cycle until Harvey Weinstein was kicked out of the Academy, and every day since, my focus has been work.

My boss often speaks of the lack of community for assault survivors, how when somebody is the victim of sexual violence, they do not know if anyone will understand them or if they will be rejected from their support networks for naming their experience. She founded her organization with the purpose of creating such an entity. Now a community exists — if only online — where a survivor need only tweet #MeToo and be surrounded by compassion and understanding.

For me, diving in was unconditional. Of course, survivors had my support. Of course, I would dedicate my every waking hour to connecting them with resources, opportunities, and encouragement.

Of course, my sex life suffered.

“I know it’s cheesy, but I need some simple, basic, suburban housewife romance,” I told Mike as we planned an upcoming “date night.” “Massage oils, rose petals, that Dido album everyone boned to in college or Chris Isaac or something, the cliché stuff. I need to feel pampered and loved corny because I don’t feel sexy.”

Despite years of openness and practiced communication, I still didn’t know how to declare to the man in my bed every night, “I don’t feel like violence.”

“No problem,” he said. “After you read to the kids, I’ll put them to bed, and you can take a nice, hot bath while I get things ready, okay?”

I soaked in the tub, and he scattered rose petals over my path to the bedroom and the clean, white sheets. He arranged candles around the room. He put a bottle of Prosecco on ice and downloaded some Dido.

Meanwhile, my phone buzzed on the counter. My inbox filled with urgent #MeToo related tasks, RAINN speaking engagements, last minute events, another friend-of-a-friend-of-a-reader disclosing a prolonged history of sexual abuse and asking for guidance now that there’s a vocabulary to speak.

Stepping out of the tub, I apologized for canceling the night’s activities, my eyes running over the rose petals, the new sheets, champagne and massage oil wet in the candlelight. Telling my husband “no” nearly brought me to tears. Mike, loving husband, father of my children, the first man I truly disclosed my rapes and stalking to, helped me work while ice melted in the wine bucket.

“It’s okay. I know this is important.”

While he spoke little in the moment, he took time later to carefully craft his words, to tell me with humor and grace that his disappointment in the turn of the evening’s events was no a grudge he carried with him.

I did not cause the night's disappointment — it was frustration in a world does not accommodate survivors in any capacity, let alone in romance.

“You’re sexy,” he texted. “That’s not a proposition. It's an observation. Sex isn’t a commodity, and my sexual interest in you isn’t transactional. You don’t owe me sex, no matter how sexy you are. Which, again, is all the sexy.”

His text messages made me laugh, but also twisted at my insides, made me curl my toes. Promises of costumes and role-play scenarios interspersed with reminders that I was seen and heard, as a woman and human and partner — but also as the once-ravenous she-beast who always demanded more, always faster, always now. And between these innuendoes, assurances I had every right to be disinterested in sex. To protect the parts of myself that were raw not from the heat of our lovemaking but the tearing open of old wounds.

If I were not living through a revolution of revelations, navigating sex as a survivor of violence would be confounding. If I were not still accounting for the ravages to my body of building and birthing three human beings, exploring my sexuality would be painful. If I were not involved with the rituals of fetish, sex would not be as simple as inserting Tab A into Slot B. And if my husband were not a #wokebae who could sext a lecture on informed consent that would leave any sex-positive feminist weak in the knees, our finding a way to maintain and improve intimacy would no doubt still be possible.

But sex does not exist in a vacuum. Assault does not disappear because the new identities of “spouse” or “mother” or “activist” accumulate in your wake. No matter what else you are, it is still something that happened to you, that possibly transformed you. And although it does not define you, it is hard not to find it defining in this moment of cultural reckoning.

In my robe, the scented water of my bath dripping from my curls, I sat amidst rose petals and arranged piles of paperwork with my husband. I stared at the man crouched on the carpet with me.

“I love you so much,” I said, and a coy smile curled his lips.

What other words could there be for the feeling one has for someone who has comforted you through Post Traumatic Stress Disorder and Postpartum Depression, who has supported your reinvented career and redefinitions of motherhood, who found no fault in your twenty-one-year-old body and still sees it as perfection in the creep to middle age, who knows you in your wholeness in a way you doubt you will ever know yourself?

What else can you say to someone who planned a night of romance that you rejected in favor of the needs of anonymous victims of its opposite, the antithesis of love and tenderness?

When the work was done, I lay in the midst of rose petals, and he massaged my aching shoulders. He kissed my neck and spooned me to sleep. No, I wasn’t satisfied in a sexual way. But satisfaction had been achieved. Hey, hey, hey. Yes, yes, yes. In the security and compassion, the absoluteness of his love, satisfaction was absolute.

I’m A Rape Survivor; This Is How My Husband & I Handle Intimacy
Lea Grover