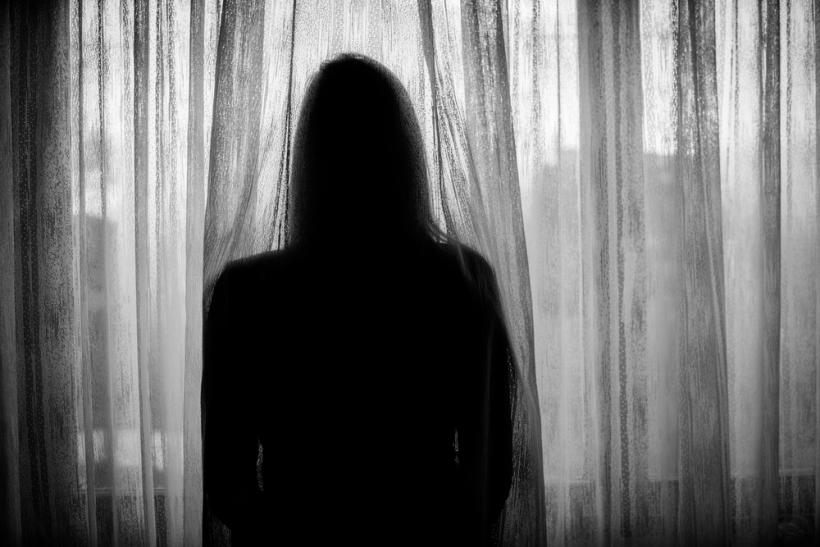 I feel like I’m in this in-between space where I have deep sympathies for sexual assault victims and am incredibly passionate about issues of rape culture.

When I was in 7th grade, I remember being a pretty average teen girl. I remember wearing blue jeans and my sister’s old Abercrombie & Fitch shirts. I started experimenting with makeup and fell in love with light blue eyeliner. I hadn’t really experienced sexual attraction yet, but the idea of boys noticing me was exciting.

By 8th grade, I was intensely sex-averse. I was depressed and filled my wardrobe with large men’s t-shirts, baggy black jeans, and jackets that were long enough to cover my butt. I was terrified of being noticed in a sexual way and mortified by the idea of men or boys touching me sexually. I was easily triggered by depictions or mentions of sexual assault or any sexual content. They would send me into a panic, cause me to withdraw to the point of barely speaking, or make me spiral into a deep depression.

It’s a strange and uncertain existence. I feel like I’m in this in-between space where I have deep sympathies for sexual assault victims and am incredibly passionate about issues of rape culture, but I can’t exactly claim to have a survivor’s perspective.​

What happened between those two years to cause such a drastic change?

I have no idea.

It occurred to me only recently that I have no memory of how I got from point A to point B. I remember very little from my childhood, my teen years, or even my early adulthood. I remember some things from 7th grade, but what did I do that summer? When did my depression start? When did I buy all those giant t-shirts? I don’t have a clue.

To this day, I struggle with triggers over sexual assault and rape. I am no longer sex-averse, and after a lot of therapy, I have a healthy sex life with a partner who understands and is sensitive to my triggers. I was even able to reduce the intensity of these triggers and the related emotions via targeted therapy. However, I still have intense feelings around sexual assault, I can still be triggered and spiral into a depressed and sensitive state that lasts for days, and during the #MeToo movement, I went through a period of sex repulsion.

But here’s the thing: I have no memory of ever being sexually assaulted or abused.

I remember being in 8th grade and struggling with the fact that I had no memory of such a thing. I remember coming to the conclusion that I must have been assaulted or abused and had simply repressed the memory. Then, after years of therapy, I went through a period of great mental health in college. I concluded that I must not have been assaulted or abused and that my triggers were a result of getting the impression from my family and much of society that sex was a bad thing I would eventually be forced to do anyway, possibly combined with control issues and mixed up with my anxiety disorder.

It wasn’t until I was 28 that I had to come to terms with the facts: I don’t know, and I may never know. It’s a strange and uncertain existence. I feel like I’m in this in-between space where I have deep sympathies for sexual assault victims and am incredibly passionate about issues of rape culture, but I can’t exactly claim to have a survivor’s perspective. I tend to write about rape culture from a very emotional space because the idea of sexual assault, abuse, and rape repulse me to my core.

I’ve shared these feelings with people close to me who are survivors for sure, and they now think that I’m a survivor, too. But the fact remains that I don’t remember. How can I know if I don’t remember?

As Dr. Christine Blasey Ford tried to explain to a panel of mostly hostile or indifferent Senators recently, memory is a funny thing. During a traumatic incident, the human brain becomes much more interested in survival than in encoding memories properly. It’s therefore very common for certain details of the incident to be encoded with intense accuracy while other details are foggy or completely forgotten. Some people will have gaps in their memories of the traumatic experience that can be seconds, minutes, or even hours long. Others might remember their trauma more clearly than anything else that happened in their life.

People can even create false memories. In the late 1980s to the mid-90s, the U.S. was gripped by child sexual abuse panic. This was, of course, better than the decades upon decades of ignoring, dismissing, and excusing sexual abuse (including the present time), but an issue arose in which individuals, particularly children, would “recover” memories of things that did not actually happen. One town in Florida even became largely convinced that a secret Satanic cult run out of a preschool was doing unspeakable things to their children. All of this was fueled by the Freudian theory of memory repression — the idea that the human brain can and will block out an entire traumatic incident so thoroughly that the person doesn’t even know it happened.

If you know anything about Sigmund Freud, you know that he was wrong about nearly everything he came up with. However, he did produce key theories with threads of truth running through them. His ideas about the subconscious, memory, and defense mechanisms formed the foundation of much of modern psychology. It’s just that his specific ideas, including the concept of “penis envy” and the idea that most people will completely repress traumatic memories, were very wrong.

When I research human memory, it’s easy for me to become convinced that nothing happened. Then something will happen to trigger me, and in the worst moments of that rush of awful feelings, I am 100 percent certain that something did. But without the memory, the certainty doesn’t last.

All I can do is accept how things are. Unless a memory comes to me, I’ll never know for sure.

This creates specific problems, such as worrying that people will accuse me of lying to try an have some authority on issues of sexual assault that I don’t claim to have. It means that people may sometimes demand that I be silent on these issues because I’m not a survivor, and I can’t exactly contradict that assertion.

I believe that there are others out there like me. If you’re reading this, and you don’t know — it’s okay. I understand. Your feelings are valid, and I will believe you if you decide or realize that you are a survivor.

If you like this article, please share it! Your clicks keep us alive!
Tags
Kavanaugh
sexism
Rape
Sexual Assault
Dr. Blasey Ford