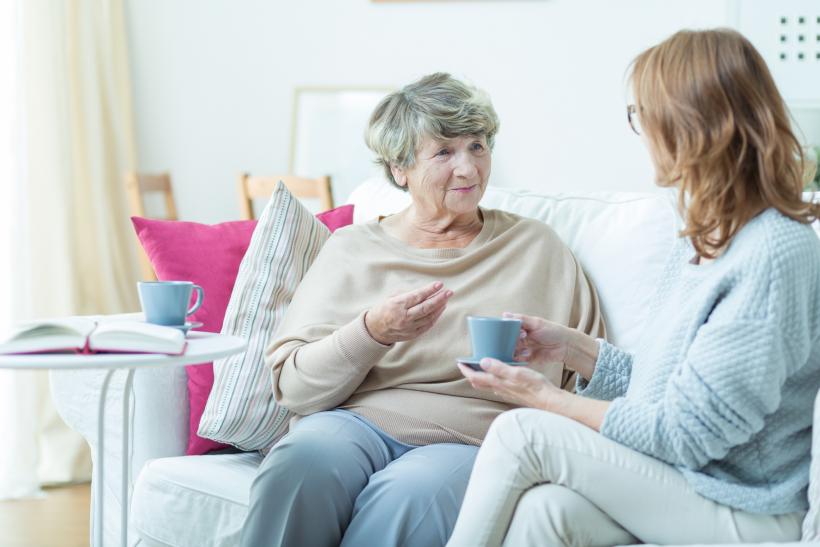 We need to talk about arming our white loved ones against white nationalism.

Hello, fellow white people! Are you horrified about the recent Nazi rallies and white supremacist marches? Wondering how so many people could possibly be “like that”? Desperately clinging to the belief that you and the people you love could never fall prey to such a terrible and hateful ideology in an attempt to find some feeling of safety in such a tumultuous and uncertain time?

Let’s talk. It’s tempting to fall into an “it could never happen to me” mentality when being faced with photos of crowds of people chanting actual Nazi slogans. And if you’re reading this, chances are you yourself will never fall under the seductive spell of this particular brand of white nationalism. However, more and more people are finding that people they know and love have in fact fallen for it — even parents have had to disown their children after they saw photos of them holding torches and giving the Nazi salute in Charlottesville, VA.

The fact is that the message of white nationalism can be very tempting, and white nationalists are extremely good at manipulating that message to speak to people. They have a recruitment strategy, and it’s up to us as white people to arm ourselves and our loved ones against it.

In reality, white people have privilege because of their race. It is therefore our responsibility to recognize that privilege within ourselves, lift up people of color, and tear down the system giving us an unfair advantage.

The Temptations Of White Supremacist Politics

First, you need to understand the seductive nature of the white supremacist message to white people. In reality, white people have privilege because of their race. It is therefore our responsibility to recognize that privilege within ourselves, lift up people of color, and tear down the system giving us an unfair advantage. That sounds like work, doesn’t it? And work is hard. The white supremacist’s message is that actually, you don’t need to do any of that work! Whether it’s because white privilege isn’t real; or it’s actually white people who are being persecuted right now; or, due to some twisted version of junk science that was thoroughly debunked many decades ago, white superiority is natural! So not only do you not have to do all that hard work to give up the unfair advantage you were handed, you can actually feel free to take even more from people of color and blame them for all of your problems!

They won’t say this outright — at least not to people they’re just attempting to recruit. But that is the underlying message. And it’s tempting, especially if the idea of white privilege is new to a white person. That’s why having these conversations with our fellow white loved ones is so important. Explain white privilege to them now, before a white supremacist comes at them with, “Isn’t it ridiculous that black people think we’re responsible for slavery even though it was hundreds of years ago? Don’t worry about the nuances, just take this ‘All Lives Matter’ sign.”

Understanding that makes it easier to understand how white supremacists recruit. They exploit feelings of defensiveness, misunderstanding, and fear in us white people, then offer to coddle us, make everything about us, and make excuses for everything we do that harms people of color. This is especially effective on white people who have been called out for saying or doing something racist or otherwise oppressive. Take the curious case of Laci Green, once a feminist with a sex positive YouTube channel, who started dating an anti-feminist guy and now says she has been “red-pilled,” turning against feminism to instead make videos lambasting those “SJWs.” What, asked so many feminists, the hell happened??

As it turns out, Laci Green was getting called out herself quite regularly for using cissexist language, transphobic slurs, and engaging in fatphobia and antisemitism, among other things. And she was not taking it well. I suspect that, like many of my fellow white people before her, she became upset at all the criticism leveled at her and was seduced by anti-feminist, anti-SJW types that took her wounded ego, coddled her, and told her that she had never been wrong. It was the people criticizing her who were wrong, and in fact bad people out to oppress her. She was the victim. She was allowed to do whatever she wanted and didn’t have to change a thing or do a bit of work on herself or the language she used.

With this knowledge in hand, you can get to work protecting your friends and family from becoming Laci Greens.

Make sure they know that white nationalism is a real problem: The recent white supremacist rallies probably made this part easier, but despite images of angry white men with Nazi flags, these individuals continue to try and convince the general population that they are not Nazis, or white supremacists, or even nationalists — just regular people concerned about “free speech.” But the Devil’s greatest trick was convincing humanity that he doesn’t exist. Read into the extent of membership in various racist hate groups, hateful Facebook groups, and white supremacist online forums. Share the numbers showing the power gains of white nationalist and neo-Nazi political parties overseas. The information is out there, and easily shareable to Facebook, where you are most likely to interact with large amounts of white relatives and loved ones at once — barring the necessarily uncomfortable Thanksgiving dinners where we should also be discussing these issues in person, face-to-face, tense silences be damned.

Additionally, don’t allow them to fall into the trap of thinking that only people who admit to being racist are racist. A Grand Imperial Wizard of the KKK was recently interviewed by Univision, and he declared an intention to murder 11 million U.S. immigrants, then called the Afro-Latina interviewer a number of racist slurs. And he insists that he’s not racist. There are far more white nationalists out there than will admit to being white nationalists. They also look like regular people. They’re not likely to have neck tattoos or live in a bunker in Montana with enough guns for a small army. The media has turned white supremacists into caricatures, and that’s gotten our defenses down. Remember that Richard Spencer looks like an average guy. When he’s not getting punched in the face, at least.

Familiarize them with white nationalist language and symbols. If they’re not going to admit to being racist — at least not most of the time — then you need to be able to recognize the signs of nationalism, white supremacy, and Nazism. The Anti-Defamation League has a very handy list of racist hate group symbols, slogans, and hand signs, from old classics originating before WWII to Pepe, that creepy frog guy of 2016. Some symbols are obvious, and others may only be a hate symbol in certain contexts. For example, I display that triangle within a triangle symbol in my home, but I promise it’s a Legend of Zelda thing, not a KKK thing.

There are other signs to watch out for that aren’t on this list, as white supremacists are constantly looking for new ways to signal to each other. You may have seen what looks like a green Nazi flag with a collection of K’s on it rather than a swastika at recent white supremacist rallies. This is the flag of something called “Kekistan,” the result of a series of evolving 4chan jokes that has ended in a loose organization of online trolls who claim to just be making fun of the fact that “everyone is calling everyone Nazis these days,” but who spend their time harassing people and posting incredibly anti-semitic imagery. The “alt-right” and associated assholes have also recently appropriated the “OK” hand sign. Again, they’ll tell you that they did this as a joke or to make people think that everybody who makes that sign is a white supremacist, but white supremacists have appropriated symbols and signs since they stole the swastika from Eastern religious culture.

It’s also important to become familiar with and tell your loved ones about various dog whistles and common talking points of white nationalists. “Anti-racist is code for anti-white” originated in online neo-Nazi forums as a talking point that was meant to be spread as propaganda. Neo-Nazi leaders literally instructed their followers to go out and repeat it as much as possible to try and get it into people’s heads. It’s also common for white nationalists to fret about the shrinking white majority in the U.S. and low birth rates among us white people (and being “replaced”), as well as the supposed evils of globalism. They might talk about “forced diversity” or how affirmative action is an attack on the white man. If a fellow white person is pontificating about certain bankers or other powerful people who are secretly pulling the strings and ruling the world, ask who exactly they mean. If most or all of the names that come up are of Jewish individuals, back away slowly.

There are too many more to list here, and I’m still learning myself. The best thing to do is follow anti-hate blogs such as the Southern Poverty Law Center’s Hatewatch. You can also follow social accounts by activists of color and Jewish activists who have more of a personal interest in keeping up with white supremacist signs than we do. And when you learn something new, share it! Especially on Facebook, where your older and less plugged-in relatives probably are.

This may be the hardest part. It also might need to be the first step, depending on the individual. Hopefully, all of your loved ones would only ever fall to the Dark Side if slowly and sneakily seduced, or maybe after being made vulnerable and manipulated. But for some, you may have to make it clear that joining white nationalists will mean serious personal consequences. Let it be known that you cannot associate with anyone who sides with white nationalists (or thinks that acting like one is funny).

Beyond that, make sure to talk to your loved ones about the other consequences of white nationalism: police brutality, hate crimes, refugees drowning or being murdered while trying to flee to anywhere that’s reasonably safe for them to exist, etc. If you have to, point out that white nationalists are being identified and fired from their jobs. Convince your more well-off loved ones that racism is bad for business. There are many different ways to approach your fellow white people on the subject, and the method you should use often depends on how far to the right they already are.

What you should never do is stay silent. Too many have already been lost to white nationalism because we didn’t think it was a real problem, and even more lives have been snuffed out at its hands. Clearly, it is a problem. Let’s get to work.