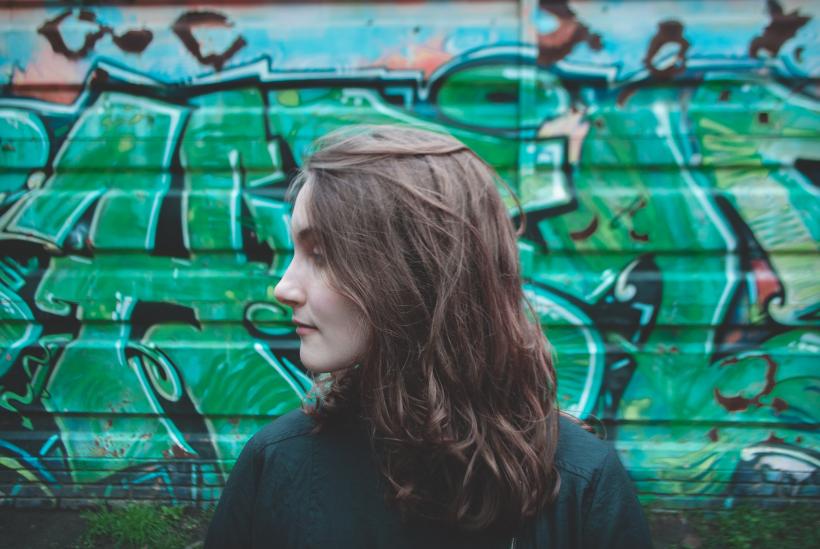 When I first started thinking about writing this article, I intended to share my experience of having my privilege called out publicly on Facebook — the defensiveness and discomfort that caused and the huge amount of unpacking I’ve had to do (and will continue to do) — with the hope that others would challenge their own privilege.

After beginning the work, however, I discovered the inherent racism so deeply ingrained in our culture, and I began to feel inadequate about addressing this topic publicly. I found myself shying away from the idea of standing up on a platform as another white woman centering herself and taking up space that could be used by people of color.

I certainly don’t want this article, and the work I’ve been undertaking, to be seen as a performative act in which I’m seeking a pat on the back for my “wokeness.”

At the time, I couldn’t fathom how someone could accuse me of having privilege, given all I had been through in my life and all I seek to challenge in the marginalized recovery community. Yet, as someone else also rightly pointed out, the challenges in my life don’t mean that my whiteness hasn’t given me more privileges. ​

Earlier this week, I saw that Rachel Cargle — an activist, writer, and lecturer whose work is “rooted in providing intellectual discourse, tools, and resources that explore the intersection of race and womanhood” — invited her followers to listen to the podcast Call Your Girlfriend, featuring Robin DiAngelo. They mention a quote from her book, White Fragility, in which DiAngelo addresses why it is so hard for white people to talk about racism.

“[I]n speaking as a white person to a primarily white audience, I am yet again centering white people and the white voice. I have not found a way around this dilemma, for as an insider I can speak to the white experience in ways that may be harder to deny. So, though I am centering the white voice, I am also using my insider status to challenge racism. To not use my position this way is to uphold racism, and that is unacceptable; it is a ‘both/and’ that I must live with. I would never suggest that mine is the only voice that should be heard, only that it is one of the many pieces needed to solve the overall puzzle.”

What I can do is try to reach other white women who have yet to consider how their whiteness has led to significant inequities in our society, as part of a system of racism that has discriminated against BIPOC (Black, Indigenous, and people of color) since the founding of America.

I was reprimanded about a post I made criticizing people who seek medical advice in Facebook groups. While my intent was motivated by the concern for others’ safety in seeking non-medical advice and opinions, I made a big blunder in assuming that we all have access to healthcare. Someone rightly called that to my attention — for which I am now grateful — by saying it was a very privileged comment to make. She was right.

My immediate reaction was defensiveness.

At the time, I couldn’t fathom how someone could accuse me of having privilege, given all I had been through in my life and all I seek to challenge in the marginalized recovery community. Yet, as someone else also rightly pointed out, the challenges in my life don’t mean that my whiteness hasn’t given me more privileges.

It took a few months for me to begin what will be a lifelong journey of understanding how my whiteness has helped me advance in life. Peggy McIntosh, who has written and spoken extensively about the topic, says: “White privilege is the unquestioned and unearned set of advantages, entitlements, benefits, and choices bestowed on people solely because they are white. Generally, white people who experience such privilege do so without being conscious of it.”

Some of the ways these privileges manifest are in the ability to speak freely, the freedom to know that if I’m pulled over by the police, I’m unlikely to get arrested, the attainment of greater social status, and the exposure to more professional, educational, and personal opportunities than people of color.

When white people watch the news or read the paper, we predominantly see and hear the experiences of people with our skin color. In any organization, we see that people of color occupy very few positions of leadership. I can walk around any neighborhood and feel confident that no one is going to report me to the police for looking suspicious. And I have greater access to services, like healthcare, than marginalized and oppressed communities, including BIPOC.

Robin DiAngelo writes in White Fragility about the common ignorance of such privilege by explaining that, as white people, we only see the world through a white lens — but that experience is no means universal or representative of the human experience. If white Americans reflect on the history of our country, however, we can see that we have been separated by race for generations with the attempted genocide of Indigenous people and the theft of their land, and the abduction and enslavement of people of color. We may understand the history of our culture, but we no longer engage in critical discourse about racism because we’re blind to it.

But when we talk about white privilege, we’re met with defensiveness and offense at being called out — just the way I reacted. DiAngelo calls this white fragility. “When we try to talk openly and honestly about race, white fragility quickly emerges as we are so often met with silence, defensiveness, argumentation, certitude and other forms of pushback,” she explains. These reactions are harmful, however, because they prevent us from truly understanding race and how it operates within our society to uphold a racial hierarchy.

I now understand the common misconception of most white people that we are not part of the problem because we don’t engage in intentional acts of discrimination or racial violence, we treat all people the same, and we believe in a culture of meritocracy.

I now see that perception is far removed from reality. I cannot possibly be objective in my understanding of the experiences that people of color have every day.

To say that I treat everybody the same or that I don’t notice skin color is to diminish and invalidate the experience and discrimination that BIPOC has endured and therefore to ignore my white privilege.

I had never before considered that people of color are very aware of my white consciousness, but have I ever considered or validated their experience? I’ve never taken the time to understand the trauma they have experienced or the emotional labor they do. And I certainly hadn’t considered my role in participating in this racist system through my ignorance and my advancement, which is based on the color of my skin but which I claimed was through meritocracy.

Cargle has taken the time to set out a social syllabus, and she tours the country lecturing and providing the resources for white women to learn how to better become allies of black women. Cargle highlights the realities of people of color and how our version of feminism doesn’t stand up to ethical questioning because it socially, politically, and economically only advances white women.

What’s key in this work is to understand it is our responsibility to listen to the experiences of people of color in whichever ways they choose to tell us. We cannot critique the tone of the message and expect to receive it in a way that is light-hearted and comfortable enough for us, we cannot expect recognition for the work, and we cannot seek to be viewed as an ally to BIPOC without action. That means:

As DiAngelo says, “It is white people’s responsibility to be less fragile; people of color don’t need to twist themselves into knots trying to navigate us as painlessly as possible.”

If you like this article, please share it! Your clicks keep us alive!
Tags
white fragility
race
racism
white privilege