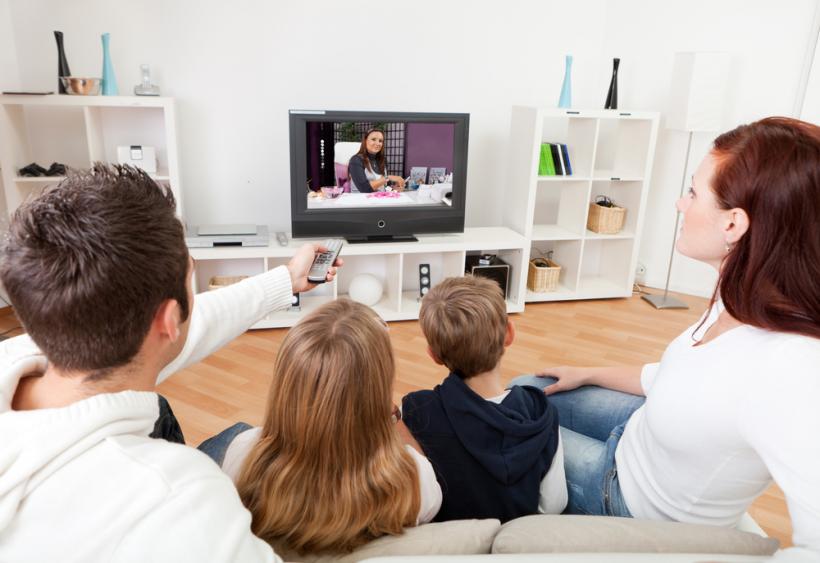 If you're planning to dip back into the nostalgia zone with your kids, be prepared to discuss issues like sexual assault and consent when they come up.

This article by Sierra Filucci first appeared on Common Sense Media and has been republished with permission.

One of the joys of parenthood is sharing your favorite childhood movies with your kids. So when it was my turn to choose a movie for family movie night recently, I was excited to show my tweens the original Ghostbusters. But pretty early in the film, Bill Murray's character starts acting super sleazy with one of his young, female students. I had completely forgotten about this scene -- and the more I thought about all the '80s movies I loved as a teenager, I realized this wasn't even the worst of it.

Looking back, it's pretty incredible how many kid-and teen-targeted movies included scenes of sexual harassment, assault, or even rape -- mostly for laughs. Watching now, these scenes feel completely outdated and inappropriate. As our culture comes to terms with these issues -- from better sexual harassment training in the workplace to the #MeToo movement -- the content in popular movies has largely shifted with the times. But if you're planning to dip back into the nostalgia zone with your kids, be prepared to discuss these issues when they come up. You don't have to skip these films entirely -- in fact, they can be great examples of how ideas change over time -- but you might want to be prepared with some talking points.

Here are five movies that are entertaining classics but that include very problematic scenes or storylines.

Read to the bottom for tips on how to talk to kids about consent, sexual harassment, sexual assault, and rape.

Almost Famous
First, 15-year-old William Miller (Patrick Fugit) is playfully dragged by three young women who say they want to "deflower" him, and while he says "no" and "stop," they remove his clothes. We don't see the resolution of the scene, but it's clear he doesn't want to be there. Later, while Penny (Kate Hudson) is barely conscious from taking quaaludes, William confesses his love for her and kisses her on the mouth (acknowledging that she'll "never remember" any of it).

Back to the Future
In an attempt to ensure his teenage parents fall in love, Marty (Michael J. Fox) -- who has traveled back in time -- concocts a plan to pretend to sexually assault his mother. The plan backfires when Biff (Thomas S. Wilson) the bully ends up really trying to assault Marty's mom (Lea Thompson).

Peter Venkman (Bill Murray) tricks his young, attractive female student into spending time with him by administering false ESP tests. Later in the movie, he makes sexually suggestive comments while in Dana's (Sigourney Weaver's) apartment and then later -- after she becomes possessed -- doses her with a pharmaceutical sedative (which makes you wonder why he had it with him in the first place).

Revenge of the Nerds
The central "nerd" character (Robert Carradine) dresses up like the main "jock" character (Ted McGinley) to trick the jock's girlfriend (Julie Montgomery) into having sex with him. This is after the nerds sell nude photos of the girlfriend (taken without permission) to raise money for their fraternity. The girlfriend later says she's in love with the nerd.

Sixteen Candles
High school hunk Jake Ryan (Michael Shoeffling) tells Ted (Anthony Michael Hall) that his girlfriend is passed out at a party and that he could "violate her 10 different ways" if he wanted to. The guys conspire to have Ted take the unconscious girl home, and later it seems like they had sex, though neither remembers it. They later kiss passionately.

How to talk about iffy scenes

First, don't worry if you aren't sure exactly how to discuss this stuff. It's tricky, but the most important thing is to let kids know that sexual assault isn't OK and isn't funny. Even if you can't explain exactly why something is wrong, you can express your feelings about certain scenes and ask kids what their reaction is. Here are some common plot devices involving sexual assault in classic movies and how to talk to kids about them.

If you like this article, please share it! Your clicks keep us alive!
Tags
teaching kids consent
80s movies
consent
Sexual Assault
sex in films