Grungy Linoleum: A Portrait Of Love 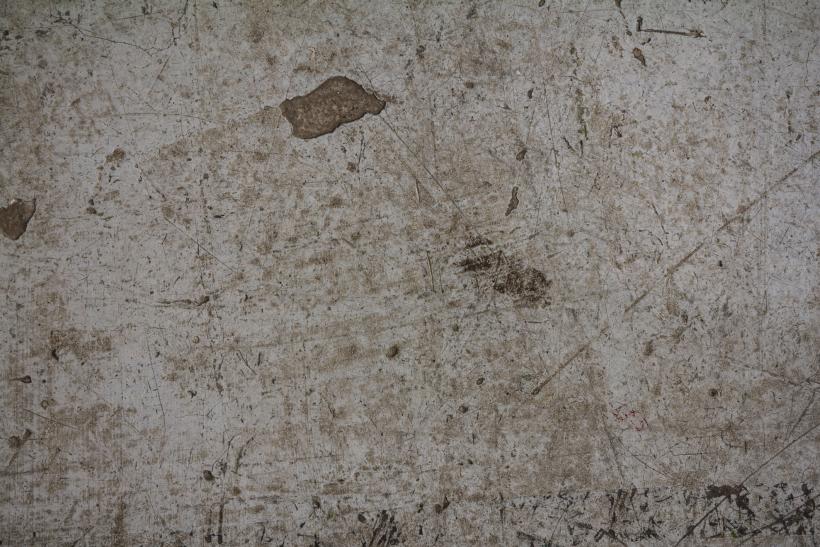 For the record, my floor is not this gross. Credit: Thinkstock

I’m typing these words prostrate on my kitchen floor. This is notable for a few reasons. For one, slugs are not unknown here (an apparent “biological anomaly” that very much concerns my dear co-editor Katie). Second, slug issue aside, the floor would definitely win no cleanliness awards. As I’ve spent some solid time down here, I’m seeing how just badly the whole kitchen needs a good scrubbing. And third, it of course bears noting that my apartment is not some weird anomaly on the furniture front—I have perfectly good chairs and couches available to me.

Nonetheless, here I lay. On the linoleum. For all its faults, the floor is cool to the touch and provides comfort in its symbolic representation of rock bottom. This wording is dramatic but if I’m being honest, it has been a trying week. My insomnia has spiraled out of control in light of being in withdrawal from a sleep aid I’m weaning off. It’s been days of nonexistent slumber, shakiness, a blurred brain, and a whole lot of pain; I’ve been in a constant state of staring down a panic attack and feeling like a Requiem for a Dream character, unable to find any kind of relief. Today I walked past a pile of vomit on the street and thought to myself, “Ugh, I feel you.”

I mention all of this because, at least in my estimation, it has everything to do with love. In fact, I think that my lying on a grungy floor in the East Bay and acknowledging this fact encompasses and conveys more love than a trillion Valentine’s Days ever could.

Granted, I am not a sap and thus would be naturally disinclined toward cartoon hearts and glitter. Despite my ebullient nature and propensity to laugh-cry over ridiculous pictures of gorillas (just as a random example, not that that happened this weekend . . . and most days this week or anything . . .), I have little affection for saccharine things. A near-zero tolerance for it, in my current state.

Society would have you believe this is because I’ve been single for so long. Or because I’m a feminist whose energies are solely devoted to killing the joy around her—or who lacks a soul entirely. Or because I’m salty that Valentine’s Day gets such huge billing in our culture when the fact that National Batman Day and National Hot Dog Day fall on the same date (July 23), and on the eve of National Tequila Day, AND NO ONE SEEMS TO CARE. Or some other nonsense.

But these are lies (although, okay, I do care deeply about National Hot Dog/Batman Day taking its rightful place on the mantle of our national celebrations). And it's these kinds of lies—and the society that bred them—that form the basis for my opposition to a consumerist holiday built around a fundamentally flawed forcing of “love” down all of our throats.

It’s not that I am anti-love—quite the opposite. I just think we need to redefine—and redefine in a much, much better way—our term.

Love is an easy enough word both to say and to write—one syllable, a mere four letters. But I’d posit very, very few of us—regardless of how many Hallmark envelopes we stuff and ship off—really know its contours, a scant handful actually succeeding to bask in its healing rays. This is a sad fact whose burying under pictures of puppies and frantic floral arranging does no one a service.

And this truth—like all truths—is what we need.

However golden our personal intentions are, our culture socializes us to brutalize ourselves and each other. It's one that tells women to be nice at all costs, to steer clear of using the word “no,” to not have a public opinion—or suffer a coordinated online harassment campaign to be murdered and have this triggering violence be trivialized in primetime TV shows. It tells men that it’s wrong to cry, to perceive women as targets and trophies, and leaves gender variant individuals invisible—with fatal consequences. It’s a society that saw the murder of three Muslims in a vicious hate crime just this week. A society whose stigmas surrounding mental health deny millions the treatment they need—and leave 40,000 dead of suicide a year.

Just as a few examples.

Love could fix all this, of course. But we need to understand its components—and I’m not talking candy hearts; trite phrases spelled out in artificial sweeteners won’t get us there.

We need to acknowledge that at the minimum, love requires visibility—granting each other the basic necessity of being seen. And on top of that, the validation of being heard, of listening to and acknowledging each other’s truths—no matter how messy or how many slug trails are involved. Love is making the conscious choice to grant each other the space to exist.

I didn’t realize this for a long time—greeting card definitions and twisted Steve Harvey notions of romantic love infecting my world, poisoning my brain more than any prescription sleep aid ever has. I had to learn love—from bell hooks, Audre Lorde. From the millions who’ve stood in the streets demanding more from and for ourselves.

Love requires unlearning as much as learning—a concerted effort to block out the hate and dehumanization inherent in our sexist, racist, trans, and homophobic culture so we can catch a glimpse of each other, to hold some honesty in our hands.

More pertinent to my current position, love is seeing me on the floor and respecting my choice to be here. Love is giving me space to lead a possibly slug-slime-infused existence. Love is joining me here, as, indeed, my roommate has. Drawn to the floor for separate but meaningful reasons, we’ve found some comfort in our unorthodox apartment placement, sharing in the plaintive tones of Adele, and our reasons for being here with each other.

Love is my dingy-ass floor because it's the only thing that has alleviated my beleaguered mind today; the dirt and the grime speak to me in a way that the glitter doesn't. I know that if I want anything to sparkle, I need to wade through the murkiness for a bit.

And if your bag, your existence right now, is excitedly gearing up for a Lindt truffle and lingerie-infused Saturday, know that I see, support, and salute you. But I'll be doing it from here on the floor. Anything else would be a lie. And there are no lies in love no matter the day—unless, of course, you have to lie in order to express excitement on National Batman/Hot Dog Day.