India's Daughter: A Documentary On Rape Brews A Nationwide Storm 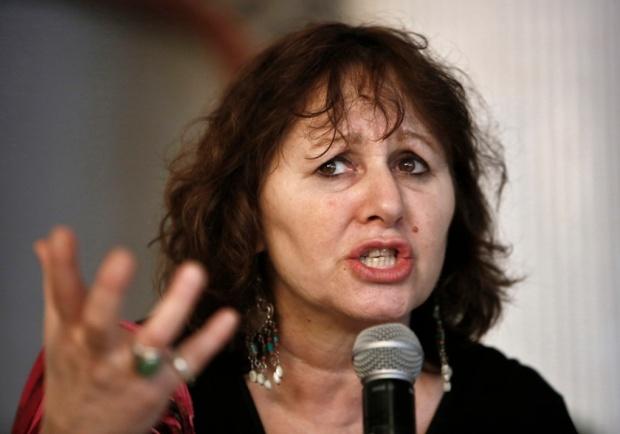 This is an opportunity for India and the rest of the world to find and eradicate the root cause of rape.

Israeli-born, 57 year-old British director Leslee Udwin has devoted two years of her life away from her family making the documentary India's Daughter—a film dedicated to the horrific rape that shook India to its core and led to protests all over the country four years ago. Originally slated for release this Sunday, International Women's Day, the documentary has embroiled India, yet again, in controversy; the film is currently banned.

The film covers the events that transpired on December 16, 2012—the night Jyoti Singh, a young physiotherapist student, was brutally gang-raped on a moving bus. The student was returning home at 8:30 pm with a male friend after seeing The Life of Pi. The utter brutality of her attack shook India to its core; Singh was violated with iron rods and her intestines were pulled out. Her friend was also badly beaten and the two were discarded on the roads. Initially the girl's name was withheld from the public and she was dearly dubbed "Nirbhaya"—the fearless one—by the media. She died a few days post-attack after bravely identifying her rapists. For over a month, largescale protests were held by women and men on the country's streets calling for drastic measures to stop rape.

Leslee Udwin, herself a rape victim, explores why rape happens in her documentary by centering on this landmark case. Though, she says, it was the unprecedented number of ordinary men and women who flooded the streets to demonstrate in the wake of the Nirbhaya attack—in spite of the government crackdown against them, which involved tear gas, baton charges, and water cannons—that drew her to India. Udwin writes:

"They were protesting for my rights and the rights of all women. That gives me optimism. I can't recall another country having done that in my lifetime."

Excerpts of the documentary including Udwin's interview with Mukesh, one of the rapists in the Nirbhaya case, was shown on TV as part of promotion for the documentary's March 8 release. Since then, a slow and steady storm has been gathering force within India. In the documentary, Mukesh, the rapist—showing no remorse for his crime—confidently preaches that girls should not be out in the streets at night. According to him, a woman asks to be raped if she is out at night with no family member beside her.

He further chillingly states that the problem with Nirbhaya was that she resisted the rape. If she had been a passive victim, he says she would have been spared from being beaten and let go after being raped, and the rapists would have only beaten the accompanying friend. He goes on to say that if the death penalty was awarded to him, it will be a wrong precedent for future rapists who will no longer stop with rape, but also ensure the victim is murdered.

More shocking are the statements given by the so-called educated lawyers working in this case. ML Sharma, defense lawyer for the rapists says: "We have the best culture. In our culture, there is no place for a woman." Another lawyer, AP Singh, says that if his daughter or sister "engaged in pre-marital activities . . . in front of my entire family, I would put petrol on her and set her alight."

It is not an exaggeration to say that this excerpt has created an earthquake of public reaction, splitting India into two sides: one side agreeing with Udwin that it is right to know where the root cause of rape is, and the other side—mostly made up of the government and a population of egotistical men—arguing that this sends wrong message about India and its culture and showcases false stereotypes of Indian men. .

The parents of Nirbhaya support the airing of India's Daughter and have expressed their deep anguish on the long delays in getting justice for their daughter. The documentary also shows Mukesh's wife defending her rapist husband saying that she is also India's daughter and she wants her husband to come back home and support her family. India's Home Minister, Mr. Rajnath Singh has banned the documentary even before its release and told the parliament he has asked other countries to ban the documentary, too. Udwin has been orderd to give back the unedited raw footage of the documentary. Mr. Rajnath Singh further summoned the official in charge of Tihar Jail to explore how the director got the permission for the interviews. He says that this documentary has content that will incite more violence.

The BBC, sensing the mass interest generated by the documentary, quickly released it on Channel 4—ahead of its scheduled release though has just removed it from YouTube, per the government's ban.

In the midst of the raging controversy surrounding the release of this film, India is in the midst of a raging debate: Are the humanitarian values of society declining? Nirbhaya is a woman, an individual, a human—why did she seem a lesser human in the eyes of the rapist?

Here is a movie showing exactly why she was raped. Why does this exposure send the Home Minister of India into a panic? What does he want to protect—India's image? The cancerous growth of ruthlessness and overabudant testosterone in society?

Udwin's movie holds a mirror to the issue of sexual violence and tries to make the viewers understand that it's the molding of the sick male psyche by various societal forces that is the root cause of rape. No legal punishment can put an end to a problem that is nurtured by society. Therein lies the tumor. Udwin's documentary merely exposes the cancerous cells in society that are causing such horrific attacks. She's said:

"I began this film with a narrow focus: Why do men rape? I discovered that the disease is a lack of respect for gender. Its not just a few rotten apples, its the barrel itself that is rotten."

What is being called for is the collective awareness and openness to accept what we have failed to see all along. Once the problem is clearly perceived, solutions can begin to arise. This is an opportunity for India and the rest of the world to find and eradicate the root cause of rape. The enemy needs to be first looked in the eye before he can be strategically attacked and defeated. Look, says Udwin.