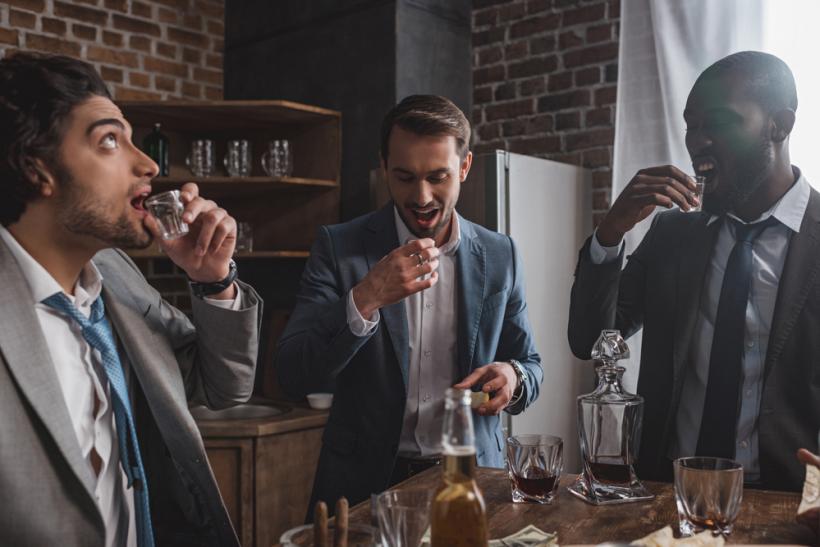 There’s one especially stubborn myth about sexual assault, and it’s that males are slaves to their biology and their libidos.

If any lasting good comes about thanks to America’s current administration, it won’t be because of their boundless competence or moral fortitude. It will be because they collectively represent every type of ethical, legal, financial, and sexual trespass ever dreamed up by the criminal mind. They have laid bare the worlds of male chauvinism, white privilege, military adventurism, and the shrill lie of American Exceptionalism — and then showed them to the entire world.

Of all their assaults on civilized living, the most infuriating is their position on rape culture. Slut-shaming and victim-blaming aren’t exclusive to our politicians — but they’re closing in on the monopoly, that’s for sure.

How do we know this? Because, when confronted with the credible claim that a would-be Supreme Court Justice is a former sloppy drunk and sexual abuser, and a current vicious partisan, rather few liberals have followed up the claim by asking, “Yes — but was there penetration?”

There’s one especially stubborn myth about sexual assault, and it’s that males are slaves to their biology and their libidos. It’s true — the American political party that foams at the mouth when you mention evolution and screams the loudest about Intelligent Design seems to believe we’re nothing more than programmed little beasts without free will of our own.

The civilized world is running out of patience for people who’d rather blame victims and biology whenever one of our most unforgivable crimes is committed. Science and common sense have taught us otherwise. Here’s what we know about biology as it applies to sexual assault.

As Other Crimes, Rape Knows No Boundaries

There’s exactly one reason why Congressional Republicans and extremist Christians didn’t stop the Kavanaugh confirmation process in its tracks — they didn’t believe what he did to Dr. Ford was wrong. It’s really that simple.

These are, for the most part, old, privileged, white men who grew up shielded from reality and the consequences of their actions. All they’ve ever known is comfort and power. They don’t seem to possibly conceive of a world in which a man is at fault for the workings of his own mind and body.

And if one of these privileged white men should fall “victim” to his own biology, then it is the fault of the females in attendance for not having taken the proper preventative measures, such as changing into clothing with a more puritanical cut, or simply shutting up and accepting unwanted physical and sexual attention.

Get it? If you don’t want to get raped, or don’t want to feel as though what happened to you “counts” as rape, you’d better make sure you’re neither seen nor heard. Failing that, you’d better learn to make your peace with your abuser’s advances because nobody’s going to believe you afterward.

Here, in a nutshell, is how many Conservative-minded folks have chosen to frame their arguments against survivors of sexual abuse — men are “wired” to engage in sexual activity, even and especially unwanted sexual activity, because their biology commands them to continue the species.

Yes, apparently all of rape culture is nothing but a quirk of our physiology! It’s a practically elegant solution to the “problem” of powerful men behaving like beasts — they couldn’t help themselves! It positions women as the guilty party in any of these sordid encounters now being entered into the public record.

Here’s the problem with this line of thinking:

In other words, “rape culture” isn’t exclusive to the male condition. And it’s clearly not a product of the drive to procreate. If it were, only men would rape — and they’d only rape fertile women.

These privileged, emotionally-stunted white men are literally arguing that rape is a foregone conclusion when men and women socialize or work with one another. This is the Party of Family Values and God’s Will, remember. And it’s a party that doesn’t seem to want to believe that many of their heroes, including male soldiers and clergy members, regularly engage in sexual assault and rape against other males.

Here’s a bold idea. While it’s clear there are underlying psychological issues in the mind of the sexual abuser, assault and rape are ultimately the results of a choice having been made. And shielding rapists from the consequences of their actions is another choice.

Not every rapist necessarily believes after the fact that what he did actually counts as rape. But that’s a collective failure on our part. We’ve been assuming for a very long time that sexually active males can tell the difference between consent, hesitation, and downright refusal. But clearly, this, like many other ethical and educational matters, can’t get taken for granted any longer.

It’s why socially conscious adult actors are helping to educate college-aged students about the importance of consent and what it looks and sounds like. We’ve let entire generations of would-be men grow up into spoiled little boys who believe their pleasure surpasses in importance every other earthly concern, including their victims’ existential well-being. And now we have to undo all of that conditioning and rescind all of the tacit approval we’ve given to rape culture thanks to our deafening silence about it.

On Blaming the Victim

What’s the mainstream Conservative world doing instead? Spinning its wheels in the mud blaming the victim, just like we’ve been doing since we began recording history. They’re shielding the white patriarchy and its de facto ownership of the world by pretending one of their greatest and longest-running crimes isn’t a choice at all.

Let’s repeat ourselves for clarity — the “rape mindset” isn’t exclusive to men. It’s not even exclusive to human males.

If you haven’t been paying attention, here’s the news — most of the gender-based biological standards we cling to for comfort, or for the expiation of our sins, don’t exist. They’re entirely of our own making.

Preferring sexual congress with one gender or another? Or both? Wearing so-called gender-specific clothing? They’re all arbitrary stereotypes with increasingly little relevance in the real world. Hell — 35 percent of men sit down to urinate. More men than ever are wearing stilettos. In other words, there’s no right or wrong where our physical shapes are concerned — at least, not beyond the very sensible idea that we shouldn’t harm others.

But we’re up against a regressive counter-culture that views women not as partners and equals, but instead as objects. It’s a mindset we can educate our way out of. But we have to want to change.

The One Question Left

The ongoing referendum on male chauvinism and rape culture is a referendum on all types of predatory behavior. The only question left is why we let so many foxes into the henhouse before we came to our senses.

If you like this article, please share it! Your clicks keep us alive!
Tags
Rape
rape culture
Brett Kavanaugh
Dr. Blasey Ford