How I Learned (And Unlearned) To Judge Women’s Bodies 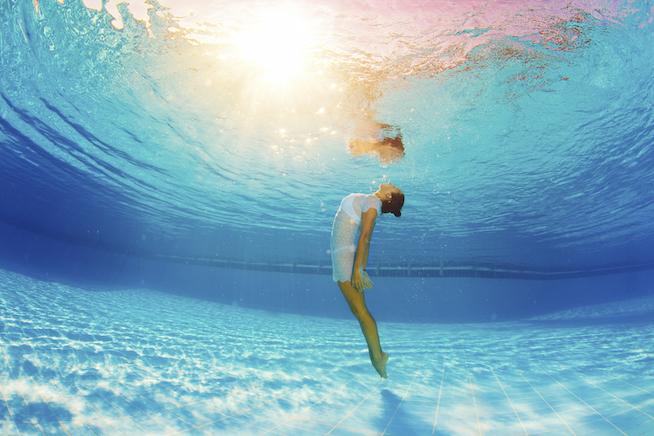 Judging other women’s bodies became a defense mechanism — a fleeting, superficial salve against the hate I felt for my own flesh. If I could instantly identify 10 things wrong with another woman’s outfit, or another woman’s body, then maybe I would feel OK about mine.

For the majority of my adult life, even after writing about inclusive style and body positivity for years, I judged other women’s bodies. It would happen in less than a split second, usually sparked by a piece of clothing, a monologue hissing through my head: “She definitely should NOT be wearing that.” Maybe I saw a larger woman showing “too much skin” and thought, “She needs to cover up.” The sight of a very thin woman might spark the most original of digs: “She needs to eat a sandwich.” It was as instant and reflexive as pulling my hand from a hot stove: see a woman; identify her flaws. Lather, rinse, repeat.

I’m deeply embarrassed to admit this publicly, but I want to put it out there because I know my body-policing habits aren’t uncommon; in fact, they’re more the rule than the exception. Our culture polices women’s bodies constantly, but what’s even worse is the way we, as women, learn to police each other’s bodies. We’ve all done this, at some time or another, out loud or silently.

A few years ago, I made the decision to stop, and it’s been a surprisingly tough habit to exorcise from my psyche. I haven’t stopped all body judgments completely, but I’ve gotten better, and I’m trying. I want all of us to try, and to keep trying, because we deserve better than this.

Some of the messages, like tabloid covers with big red arrows pointing to cellulite on a tiny actress’s thigh, are so ridiculously explicit you’d think we’d be able to ignore them, but they seep in too. Fashion magazines put beautiful people side-by-side and ask, “Who looks better?” Oprah has sharp-tongued “fashion experts” that literally chase down women in the grocery store and berate them for wearing a bra that shows their back fat. The hosts of What Not To Wear — which used to be one of my favorite shows — put people who don’t conform to cultural fashion norms in a 3-D mirrored box, and point out their flaws until they cry.

Between the playground, the media, online comments, and words from our mothers and best friends, by the time we’ve reached our early 20s, most women have become skilled body-image assassins, highly trained to identify and point out flaws in seconds.

As someone who has always loved fashion, I got pulled into this cycle even more dramatically. I figured if I wanted to be a real fashion writer, I better understand the definitions of “looking good” and “looking bad.” I studied worst and best-dressed lists. I sought out harsh fashion rules. What I didn’t realize, as I breezed through stacks of fashion magazines and nodded my head emphatically when Stacy London advised wearing boot cut jeans to disguise large thighs, is that fashion is just a convenient gateway into body policing. We can hide behind the idea that we are assessing garments and fit, but we’re really body policing, assessing the body underneath.

There’s another reason judging others came so easily to me: I hated my own body, which has always been soft and chubby, and from second grade onward I’d had to deal with people judging me. Every time I looked in the mirror, I gave myself an instant head-to-toe assessment more vicious than I’d ever give someone else. I hated my thighs, stomach, boobs, upper arms and face. I loved fashion but hated the way clothes looked on me, and how hard it was to find jeans in my size.

I replayed the tape of my fourth grade bully over and over in my own head: “You’re a disgusting tub of lard,” she hissed. “You’re fat and ugly and nobody likes you.” Her voice became my inner voice. Instead of questioning this negativity and working to love myself, I went out into the world and shared the toxicity (how generous, right?).

Judging other women’s bodies became a defense mechanism — a fleeting, superficial salve against the hate I felt for my own flesh. If I could instantly identify 10 things wrong with another woman’s outfit or another woman’s body, then maybe I would feel OK about mine. Too bad this never worked. Too bad every time I pointed body shame in someone else’s direction, it just compounded my own shame. This seems so obvious now, but for so many years it wasn’t. For so many years, I reveled in this toxic form of logic. What a waste of time and energy.

It was only a few years ago that I got fed up with harboring body shame and judgment. I started working on my own internal monologue, vowing to change that inner voice from a schoolyard bully to a loving best friend. Every time a negative thought about my body would flash through my mind, I’d pause, let it go, and replace it with a positive one.

It was a slow, drudging process. But forcing myself to examine my own thoughts was powerful and sobering: it brought the extent of my body judgments to the surface. I noticed how often my negative body thoughts were directed at others, and was absolutely horrified. These thoughts didn’t align with my values or the effect I wanted to have on the world. I would never say most of these things out loud. I didn’t want them taking up space in my head. So I applied the same process to break my judging habits of others: notice the thought, let it go, replace it with a positive one.

In the meantime, I reassessed the kind of media I was consuming, and tried to keep the body-policing messages to a minimum. This is ridiculously hard, because these messages are everywhere, and they’re insidious, but it’s worth the effort. Eventually, my snap judgments started to change. I looked at women rocking unconventional outfits or showing lots of skin and thought, “You go, girl.” And I meant it. I looked in the mirror and slowly started to smile at the reflection staring back at me.

All bodies are beautiful. I know that in my bones. I think I’ve always known that. But knowing something deeply doesn’t mean it can’t get buried in fear and contradiction. I had to learn to love myself first. These days my motto is, “Love yourself and wear whatever makes you happy.”

If you like this article, please share it! Your clicks keep us alive!
Tags
Fashion
women's bodies
judgment
Body Positive
policing
shaming