3 Steps For Getting What You Want From Your Partner 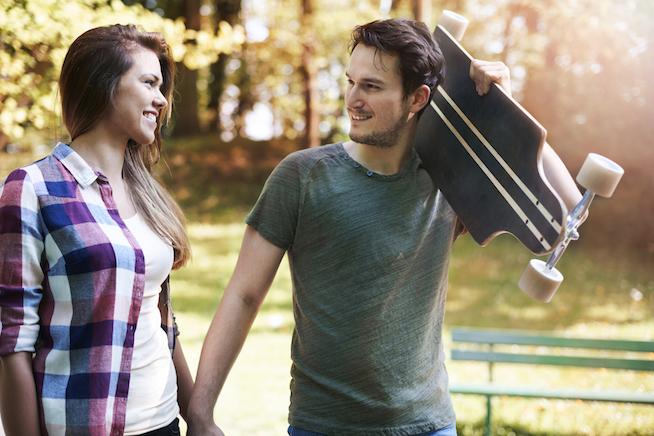 So if we want people to act differently toward us, it doesn’t begin with training them. It begins with retraining ourselves.

As a single parent raising three boys, I have often felt outnumbered, outsmarted and outrun. I have two rules I didn’t bend on though. Don’t go in my purse, and don’t talk to me through the bathroom door. The bathroom has always been my sanctuary where they couldn’t get me. And still today as young men, they’ll hand me my purse, but they won’t open it.

So if we want people to act differently toward us, it doesn’t begin with training them. It begins with retraining ourselves.

Each January, my husband and I make a list of five things that we’d like the other to do differently in the coming year. One item shows up regularly on my list: “Close the bathroom door.” I had this need long before feng shui made it popular.

It’s tempting to manipulate him, to train his behavior through force. But that never works. Instead, I have to train my behavior. I have to do what will get me what I want – by being what I want.

Nagging or blaming Ron will keep me locked in a kneejerk frustrated response. And if I keep focusing on the problem, I’ll get more of the problem.

The part of Ron I’m vibing with will be the part of Ron that responds to me. So I want to vibe with the part of him that cares about what I want and is in agreement with me. So if I ever find the bathroom door open, I close it – and I remember that he usually remembers.

Step one in getting what we want is to stop protesting. When we want to let people know that their behavior is unacceptable to us, it won’t work to rant and rave: “I won’t put up with this! You can’t treat me like this anymore!”

Step two is to decide to not be triggered anymore. That means refusing to be available for treatment we don’t like. People will get the message, and they’ll stop doing it – because people don’t do what doesn’t work.

Refusing to be available doesn’t necessarily mean walking away from people or situations. It means not providing the response that people are seeking. A predictable response teaches people to treat us in a predictable way. A new response trains new action in us as well as in the other people.

Step three is to consistently acknowledge and reward the treatment we want. Then people will learn how we want and expect to be treated.

Ron is from the Netherlands. And when his daughter was nine, she and I flew from Amsterdam to America. The moment she buckled her seatbelt on the plane, she switched from Dutch to English, even though she didn’t know much English yet. And during her month-long stay in the US, she never went back to Dutch.

So she trained everyone around her to teach her English, including her dad who had never spoken English with her. She basically commanded the situation and got what she wanted from it.

The key is to do it on purpose. We get what we want by being an example of it – by creating the internal change that we want to see externally.