Do Psychiatrists Perpetuate The Stigma Of Mental Illness? 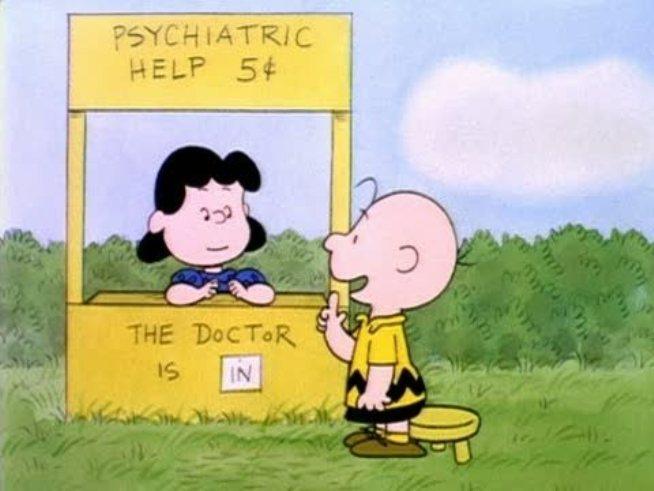 Most recently, my psychiatrist told me that I don’t have a mental illness and that my real problem was that I needed to laugh more, have more sex, and love my husband. Apparently, dicks are a magic cure for mental illness.

I have been diagnosed with Bipolar Disorder II for the past 10 years. Bipolar II is characterized by hypomania and depression. So I have gone through periods of hyper-productivity, hyper-creativity, and general hyperactivity. However, I have also experienced the darkest depths of depression. I have had suicidal thoughts and have self-harmed. I have been through the byzantine bureaucracy of the mental health care system in Canada on several occasions, and I can attest that the UK study isn’t wrong.

When talking about my mental illness with people, I’m often asked about the stigma I have experienced and my answer often surprises them. I have never experienced stigma from friends, family, or employers. Of course, there is always one idiot in the crowd who says something stupid, but overall, stigma for me, hasn’t come from the layperson. The biggest form of stigma, as the Time to Change study reported, was from mental health professionals. The biggest offenders, in my experience, have been the psychiatrists and I’m sick and tired of it.

One psychiatrist told me that I was pretending to have a mental illness because I displayed atypical symptoms of the disorder. He found me too well-dressed, too well-spoken, too composed to be experiencing anxiety attacks or depression. Apparently I should have been a bedraggled, blathering idiot who was foaming at the mouth, because that’s what depression and anxiety look like. A psychiatrist once told me that my self-harm and suicidal thoughts were just attention-seeking behavior and that my mental illness was my fault. Another psychiatrist told me that I shouldn’t have children because they might inherit my mental illness, as if I’m some kind of monster who shouldn’t procreate.

Most recently, my psychiatrist told me that I don’t have a mental illness, and that my real problem was that I needed to laugh more, have more sex, and love my husband. Apparently, dicks are a magic cure for mental illness! Someone give this doctor the Nobel Prize for Medicine because he found the cure for all mental illness — a penis. Oh wait, scratch that, I don’t actually have a mental illness, I just need to be fucked. If we were in Victorian England, this would have been a normal response to female mental illness. Sex and masturbation was how they “cured” (I use that term loosely) women of hysteria (which no longer exists as a diagnosis). But we’re not in 19th century London. This is 2015, in Canada, and this doctor is treating me like I’m just a miserable, frigid wife who isn’t submitting to her female duties.

I am so sick and tired of arrogant psychiatrists who dismiss and infantilize me, like I’m a dumb, attention-seeking girl who just needs a good lay. Over the past 10 years I have seen four separate psychiatrists, all more offensive and useless than the next. I don’t know if it’s because they’re overworked, underpaid, and generally stressed, but if any other professional treated their “customers” the way psychiatrists often do, they would quickly find themselves out of business.

If you like this article, please share it! Your clicks keep us alive!
Tags
mental illness
mental health
psychiatrist