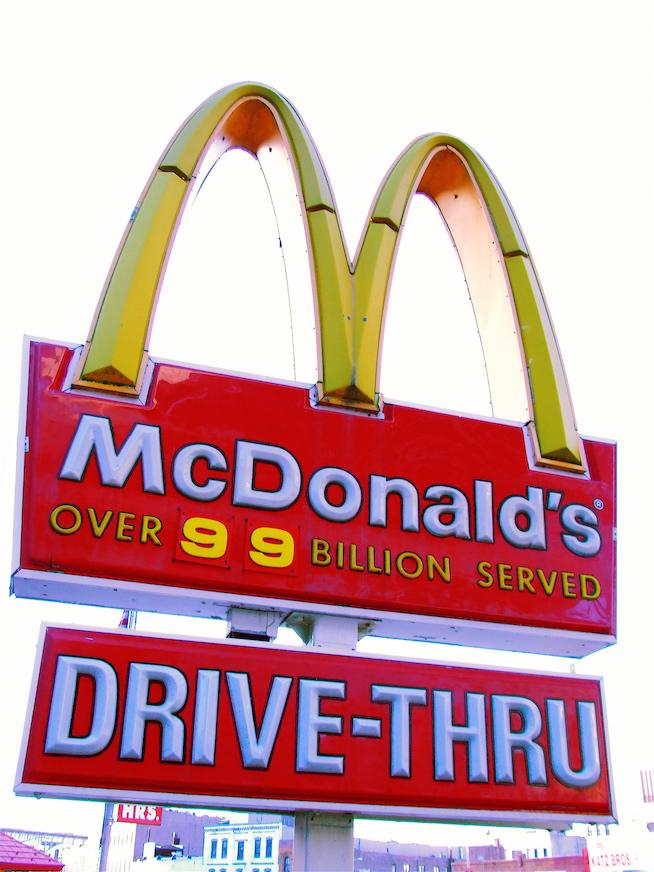 Gillian Brown OF The Body Is Not An Apologyjoni edelman, RN
@fatshionhustler
joniboloney
joniboloney
SHARE

I wish! How nice would it be to eat all the time without having to worry about the other things that make up our lives — like sleeping, working, showering, dressing, commuting, breathing, or getting full.

Call it being raised by a woman whose favourite cooking utensil is her car, but I have eaten a fair few fast foods and takeaways in my time, and McDonald’s is delicious. My favourite meals are the Quarter Pounder with Cheese and the Chicken Legend with Mayo, orange juice, and a sweet and sour sauce thrown in there, too. I try not to eat takeaways too often these days (I can’t really afford them), but sometimes, when the day has been exhausting, the hunger pangs are calling, and I’m in a burger-lovin’ mood, McDonald’s is where I’ll go.

Here’s the thing, though. Going into a McDonald’s and ordering one of my favourite meals is never a fun experience. Why? Because I’m fat. Every time I go in there, I feel like I’m being judged. I feel like the staff and other customers there could be looking at my protruding belly and assuming that I don’t look after myself, that McDonalds is all I eat, and that I am capable of eating three to four meals’ worth of the stuff in one sitting.

And why do I feel these things? Because they are just the sort of myths about fat people that we, as a society, are led to believe. These myths are so abysmally untrue that it is almost embarrassing. And yet, they are so prevalent and accepted that even fat people believe them of others and themselves.

Since becoming involved in fat activism, I have declared such discriminatory assumptions about fat people as the myths they are to friends, family and anybody who might listen. My listeners have generally responded with skepticism, which is perfectly understandable, given how prevalent the myths are. Requests are subsequently made for evidence to back up my claims. I am therefore taking this opportunity to debunk three of the biggest myths out there about fat people and eating.

Myth #1: Fat People Do Nothing but Eat

I wish! How nice would it be to eat all the time without having to worry about the other things that make up our lives — like sleeping, working, showering, dressing, commuting, breathing, or getting full.

Let’s be honest here, people: Eating is pretty damn fun. Why else would the restaurant industry, an industry based entirely on eating as a leisure activity, be so lucrative? But I honestly could not make this myth more stupid-sounding if I tried.

Think about any fat person you know. In all honesty, can you say that you have never seen them not eating? Because, let me tell you, most of my close friends and family have definitely seen me doing other things — like working, walking, riding trains, showering, dancing, going to the theatre, watching TV, hugging my cat, reading, writing articles for TBINAA, and so forth. I cannot be constantly eating with all this other stuff going on. It’s physically impossible. Indeed, if you think about it hard enough, you might realise that fat people do not eat nearly as often as you might think.

In all fairness, I will say that the origin of this myth is understandable. If you operate under the assumption that everybody’s body chemistry and food processing systems are exactly the same, then it certainly stands to reason that fat people must be eating more calorie-rich foods (although whether these foods are necessarily ‘junk’ is another matter).

Here’s the thing though: Our body chemistry, our food processing systems, our goddamn genes, are not the same, and it is utterly impossible to tell, just by looking at a person, how much junk food that person eats. It cannot be done, because human bodies are too varied for that.

For my 21st birthday, my mother bought me a load of new clothes. That was five and a half years ago. Since then, I have had periods of extremely disordered binge eating, periods of less disordered binge eating, periods of budget-based controlled eating, one brief stint of vegetarianism, and finally, the reasonably intuitive eating that is my current behaviour. And, throughout all of that, my dress size never changed. I am still comfortably able to wear what remains of the clothes my mother bought me five and a half years ago. If fatness were an indication of how much junk food a person was eating, I should have been bursting out of those clothes when I was struggling with disordered eating, right? And yet I didn’t. Nor are the same clothes falling off me now that my eating is not so disordered.

Myth #3: Fat People Know Nothing and Thin People Only Want to Help

I have read so many stories about fat people who have been patronisingly told to read food labels, or to not have second helpings, or to not buy certain foods. The implication is that fat people just don’t understand how food works, and that it is the sacred and socially responsible duty of the noble cape-wearing thin people of this world to intervene.

Deliberately controlling what fat people eat is not about ‘helping’ us. It is known as food policing, and it is about nothing more than bullying us, humiliating us, and getting all of the cruel satisfaction that bullying provides.

To put yourself in my shoes, imagine that you are a vegetarian, and you order the vegetarian lasagne from a restaurant, but the beef variety is brought to you instead. When you, quite rightly, ask what happened, the waiter gives you a fake smile and snickers about you with her colleague. The manager gets called up and says, “We have recently been implementing changes to our menus, and we feel this variety of lasagne is better suited to somebody with an extra need for protein, such as yourself.” Instead of feeling as though the restaurant staff had your best interests at heart, you would feel as though they were trying to humiliate you, right? If you were this vegetarian’s friend, you would see it for the bullying it is and complain, correct?

And yet, it happens to fat people all the time. The worst part is that there is not a huge amount we can do about it while the majority sides with the bullies, believing that they are ‘just trying to help’ us.

No. They are not.

This article by Gillian Brown first appeared on The Body is Not An Apology.