Dear Middle-Class White People: I Am Not Here For Your Privilege and Entitlement 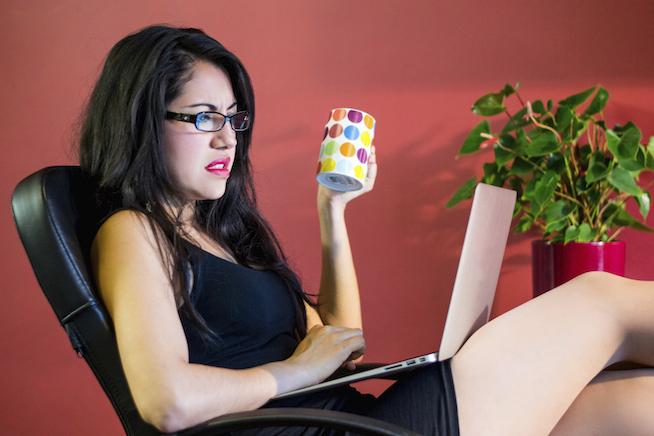 When you’re a poor, working-class, first-generation student of color, nobody gives you a map to navigate that confusing cluster of educational years we call college.

"No, this upper-middle-class white girl did not just ask me to help her get famous."

That was the first thought that ran through my head after receiving an email from a former classmate I had just run into at a party asking me for professional help.

"This is a long shot, but," this woman wrote to me in an email, the subject line of which began with "Help?", "I'm writing because you mentioned that you are one of the new staff members at Everyday Feminism and . . ." She then preceded to ask me to advertise her blog to my new job's 250k+ Facebook followers, a blog she had decided to make feminist three days ago just so I could advertise it for her.

I stared at the email for a hot minute, astonished at the depth of entitlement that lay bare before me, a level of entitlement I didn't even know existed — and I spent four years at an Ivy League university.

When you’re a poor, working-class, first-generation student of color, nobody gives you a map to navigate that confusing cluster of educational years we call college.

When you’re a poor, working-class first-generation student of color attending an Ivy League university 1,300 miles away from where you grew up, nobody prepares you for the shocking amount of confusion, self-doubt, and anxiety you'll experience as you try to keep from drowning under all the money, power, and privilege most of your classmates throw around like it was confetti.

And, as I have now recently learned, when you're a formerly-poor, still-sorta-working-class, first-generation college graduate of color with a shiny new bachelor's and an even shinier new full-time dream job at a huge online independent feminist magazine, absolutely no one tells you about the bullshit your former classmates will try to pull with you.

I had known this woman for the entire four years of college. She was best friends with someone who lived three doors down in my first year dorm, and our paths crossed dozens of times. Over the years I had attended her a capella concerts, taken classes with her (we were in the same major), and gone to the same holiday parties as her.

And this woman had not even once tried to get to know me.

No matter how many times I attempted to engage her in conversation over the four years I had known her, she consistently brushed me off and wouldn't even respond to questions I asked her directly at dinner parties we both attended. Most of the time she wouldn't even say hello to me. Eventually I gave up as her message to me each time we crossed paths became abundantly clear: I was not worth her time and energy.

That is, until I had something that she could use.

My time as a visitor in the Ivy League world taught me many things, not least of all that there are hordes of middle- and upper-middle-class people out there who are encouraged to see the people around them only in terms of how they can use them.

This behavior is not only rampant, it's normalized. We wrap it up in a pretty bow and call it networking. We're told that the only way to get ahead is by knowing the right people or knowing when to use the people around you.

I watched her run around campus talking mad junk about radical politics, oppression, and resistance, and yet not one bit of her $250,000 degree in Africana studies seemed to make any meaningful dent in her consciousness when it comes to living anti-oppression in life.

This woman, who has almost every conceivable privilege in the world, thought it was permissible to disregard my existence for four years and then use me, a working-class person of color, for her personal and professional gain once she found out I work for one of the largest feminist media outlets in the world.

Because struggling through poverty, racism, abuse, sexism, and classism isn't enough. I need to carry her on my back as well. In this woman's mind, I am some thing that exists only to serve her in her great big middle-class white girl dreams of fame and glory.

Well, I have news for her and every other middle-class former classmate trying to act out their elitist and dehumanizing values on me:

I have never and will never be here for you, so you can just move right along.

If you like this article, please share it! Your clicks keep us alive!
Tags
Entitlement
middle class