How I Came To Embrace My Tomboy Style 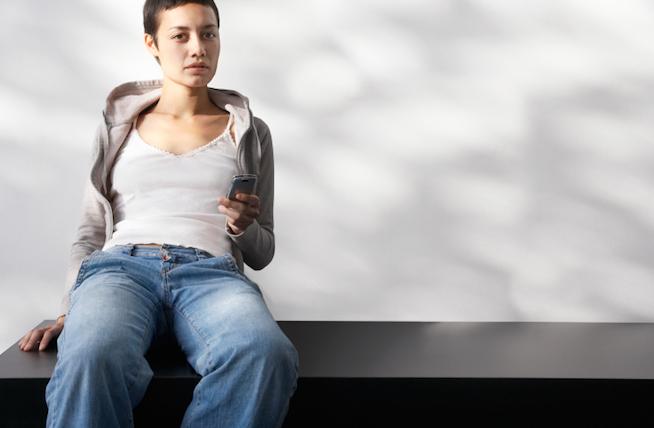 "Throw me in a unisex T-shirt and some Hanes boxer briefs and I feel like . . . myself."

What I’ve realized is that we should adorn ourselves with whatever feels freeing.

When I was a kid, my idol was Peter Pan. During these years, I can’t say that I wanted to be a boy, but I was infatuated with the idea of being Peter Pan. My mother will quickly tell you that the only time I relished wearing girly clothes was when I got to wear a white and blue gingham dress like my other hero, Dorothy. But while Dorothy was who I was when I wanted to play, Peter was who I was in my dreams. I wanted a dagger and hat with a feather. What I wore instead: Matching sweatpants.

Later, throughout my adolescence and teenage years, I found myself grasping for some sort of “style” to guide myself away from sweatpants. It was also around this time I realized that a woman played Peter all along in my favorite version of the story (the Mary Martin version, of course), and that got the wheels turning in my brain. Peter had never been a boy after all!

So while I looked for some sense of style, I went through a business-casual phase in 8th grade (yes, I carried a briefcase to the 8th grade). Before I settled on jeans and a T-shirt or a hoodie, unisex was my main game. I still felt like I dressed in a boring manner, and wanted to have something stronger to identify with, but there weren’t any trends that seemed to fit.

Fast-forward to my early 20s, when I still was dressing myself in unisex attire. I was at the gay pride parade in Chicago, where an offhand comment from a stranger handed me the style identity I’d apparently been longing for.

A woman walking by me, looked at me, nodded, and said, “What’s up, tomboy?” I turned to my boyfriend and asked, “Am I a tomboy?” He stared at me blankly and said, “Well, you’re wearing my shirt.”

I was completely elated by this evaluation of my appearance and vibe. For a lot of people, having a label or identity like that isn’t important, and I agree it can be problematic to become consumed with a particular image. But for me, “tomboy” immediately sounded like something I was already a part of without even knowing it. I did (and still do) buy clothes from the men’s or unisex sections of stores, and I loved to wear my boyfriend’s clothes — especially his underwear.

Prior to feeling comfortable with the idea of being a tomboy, I thought I veered away from blatantly feminine apparel because I didn’t care about clothes or what I dressed myself in. I had equated not wanting to wear skirts and push-up bras with a lack of style. Even though I was avoiding dresses and skirts most of the time and opting instead for men’s sweaters, the idea that my presentation wasn’t important was coming from the idea that women are supposed to look feminine or be girly.

And it’s not that I hate or never wear dresses. There are occasions when I will bust them out . . . if it feels right. But the idea of “girly-girl” culture always seemed condescending and like a co-option of femininity for commercial success. Accessories like purses, jewelry, high heels, and more styles of bras than I ever knew were possible to create seem like an empty commodification of what society tells us it means to be a woman.

Which is not to say that I resent women who would describe themselves as girly and only wear high heels. What I’ve realized is that we should adorn ourselves with whatever feels freeing. Truth be told, I feel a little claustrophobic in dresses (despite the infinite crotch space), but throw me in a unisex T-shirt and some Hanes boxer briefs and I feel like . . . myself. I feel normal. I feel like I’m not thinking about what I’m wearing because it feels right for me. It’s no longer about tightly holding on to the idea of tomboy-hood and making decisions about my appearance based on what fits under that umbrella of style, but rather it’s about choosing to embrace whatever makes me feel like me.

If you like this article, please share it! Your clicks keep us alive!
Tags
tomboy
tomboy fashion
unisex fashion
tomboy style