Halloween In Hell: 6 Offensive Costumes That Should Burn For All Eternity 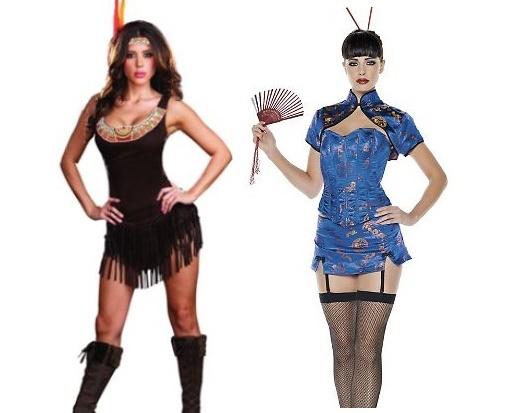 Your eyes are stretched open by tiny red talons, prying you into the present, your wakefulness heralded by the coarse, callous laughter that traces the outline of your soul on your torso, awaiting surgery.

Everything is cast in shadow but also on fire and there is a dog with Adam Baldwin's face.

How did you sleep?

You took a nasty fall there. Or was it exploding Pilsbury biscuit mix? Did your new work friends know you were allergic to peanuts?

Don't worry about it. Let it go. Today is the first day of the rest of your eternal damnation.

There are so many people I want you to meet! You know what they say: heaven for the climate, hell for the company.

Chin up, chickadee. It's not so bad. Rock bottom being a solid foundation and all, you have no where to go but up!

Up and up and up, howling and screaming all the way for a love and goodness that turned its back on you long ago. Time to "enjoy" Halloween while in the bowels of the inferno. Meet . . . 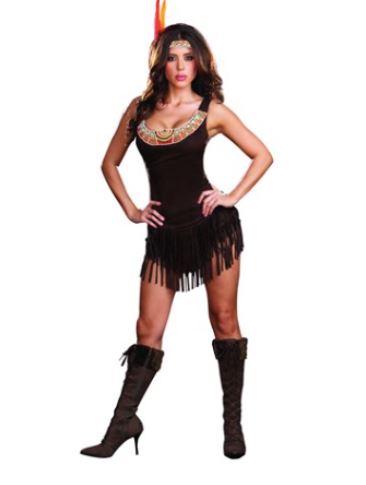 Your chimerical cultural notion of the proud, brave, indigenous "princess" has been abetted by films like Pocahontas and Peter Pan—fodder for the wide-eyed children of the conquering class.

Unfortunately, the culture you're "being respectful of" does not share in the benefit of your idyllic imaginations. Indigenous women suffer a staggeringly disproportionate rate of sexual violence—39% of indigenous women identify as survivors of abuse, with violence against them 50% more prevalent than the next most victimized demographic.

This costume does not "pay tribute" to a culture in (forceful) decline. Its remorseless appropriation celebrates violent erasure. Almost as if your misinformed visibility comes at a cost!

And heels with fringe? This used to be a classy establishment, you know, before all these 20-something masqueraders started getting sent here.

Still. We take care of them best we can. Every day we screen Reel Injun, followed by Our Spirits Don't Speak English. There is a weekly book club meet-up where we discuss our feelings around Absolutely True Stories of a Part-Time Indian. 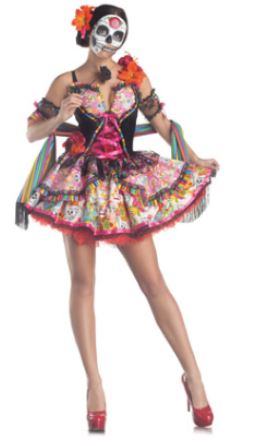 Everyone grieves in their own way and, in turn, every racist re-appropriates that grief in their own way. Some paint their faces. Others get sugar skull tattoos. Others still take bus tours into Mexico to rub elbows with families gathering to celebrate the triumph of love over the stagnating fear of demise.

Well, don't take my word for it—I'm merely your guide through hell. I'm not a Latina and though I do my best to shut up and listen, I can only understand and connect so much given my cultural background—that background being this wall of screaming bronies forced to watch the first three minutes and 27 seconds of their least favorite episode of My Little Pony over and over forever.

Did you know that for Dia de Los Meurtos in Los Angeles, circa 2006, the local community built an altar to mourn and highlight the high casualty rate of Latino soldiers fighting in Iraq?

And that the United States military has steadily employed undocumented immigrants in their armed forces offering citizenship in exchange for maybe getting blown up in a war for oil? And that for many, it's a choice between fighting for a country that won't have you as one of their own or do any of a number of service jobs where you will be routinely harassed and derided with the threat of deportation ever-looming?

Of course not! You don't even know how you ended up in hell. 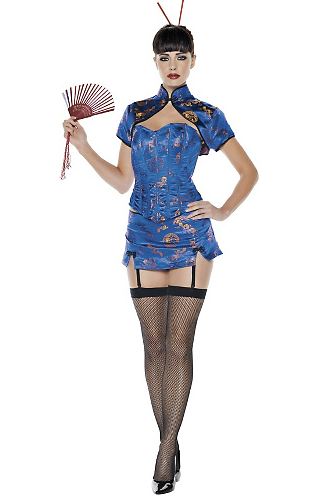 When I was a child, I wanted, more than anything, to be like Anna from Tekken 2. To look like her, to fight like her, to have unresolved sexual tension with my (non-existent) sister like her.

Being a guide through hell wasn't at the top of my "dream job" list, but it does come with the fringe benefit of getting to gaze with a pained sort of relief on all the other people who did not get a clue about cultural appropriation. It could have been me.

There but for the grace of the dark lord go I.

Hail her and her infinite wisdom and cruelty.

Though the tight-fitting qipao or cheongsam that we as Westerners associate with elegant Chinese sexuality started as garb for the elite in 1920s Shanghai, it has, from the '50s on, become a fashion of the working class and service industries.

You roll your eyes at them—hotel workers, flight attendants, waitresses—when you think you can get away with it. Yet somehow the slipping on of sexy pantyhose with the same garb makes you "exotic" and "adventurous." You dress the role of women who are marginalized, not only in our culture, but the one of their origin, dismissing outright their facet of the shared struggle in patriarchy . . . and you in turn feel "sexually liberated".

You, or someone you know, disgust me. A feat! Every day I have to watch Hunter Moore dropped in a bucket of live crabs with claws made of acid. 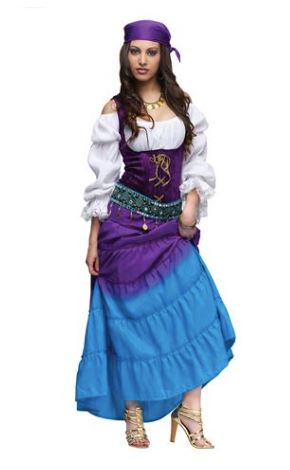 Let's take a breather. You holding up OK? You want a Diet Coke or something? Too bad. All we have here in hell is La Croix.

If that outfit actually conferred onto you powers of divination, you'd probably have changed out of it by now, having been afforded a glimpse into a struggle against oppression you would not stick around for, not for a second.

Instead, this outfit bestows unto the spectator (i.e. not you) a mild modicum of foresight: Seeing you wear this, I know that coming over to chat you up is a terrible idea and will only end in shame and a desire to change my number.

The Romani people have endured laws that make it legal to murder them, forcefully deport them, and engage in ethnic cleansing since the 1500s. They are regarded as a universal persona non grata, a condition, surprisingly, not eased in the slightest by a resurgence in television shows that cater to and capitalize on our interest in "traveling gypsy" culture.

But you saw this in a Disney movie! You're just dressing up like the character from the movie, you're not trying to be dismissive of their culture and struggle. You think people are people and that we all bleed the same.

I believe you. But my ocean of razorblades that quote Dane Cook's standup when they come into contact with human flesh don't. 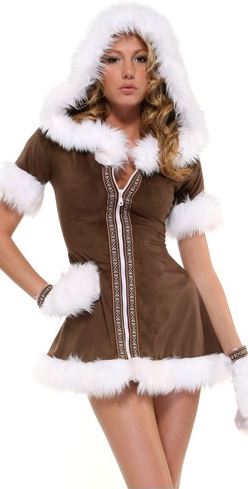 How much does this offensive costume weigh?

Enough to break the ice!

You and this costume have something in common—there were many ways you could have gone that did not end so badly. If you liked parkas so much, you could have been an ice climber, or a member of WaterTribe, or one of those guys in the second Star Wars movie who enlists in the Rebel Alliance to earn their father's approval by fighting the Empire but ends up succumbing to a fatal case of "eating shit" when Imperial forces invade Hoth.

This costume may seem to some the least offensive of the list; America's willful ignorance of racism in other white-dominated countries, fueled by this delusion that race is only an issue because "we keep talking about it," obfuscates our understanding of the struggles of indigenous people in Canada.

But in terms of racism, this outfit is "for the love of the game." An argument, however dubious, can be made to the aesthetic value of the other outfits. There is no value in this one, real or imagined. That white faux fur is going to be soiled and grimy within the first hour of your party. You're wearing this to make a point. You're going as yourself: a privileged asshole making a glib show of their absence of compassion.

If this isn't the case, and you're genuinely going for that "oh I'm so cold, I bet you'd like to help keep me warm" line for your Halloween party hook up—it's a little damsel in distress for my taste but to each their own—might I suggest instead you try "Sexy Hypothermia Patient?" It's all the flirty foreplay potential of winter time with none of the racism!

I hear you: but what about the sexy Bert and Ernie costumes? The sexy snowman from Frozen? Why aren't those costumes in hell?

Why am I prioritizing an intersection of commodified female sexuality and commodified racism over a sexualization of female bodies to the point of absurdity.

have you looked in a mirror lately? 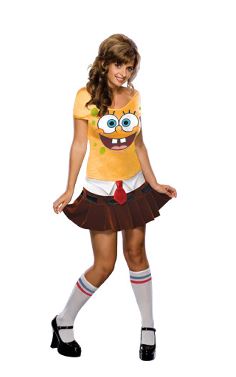