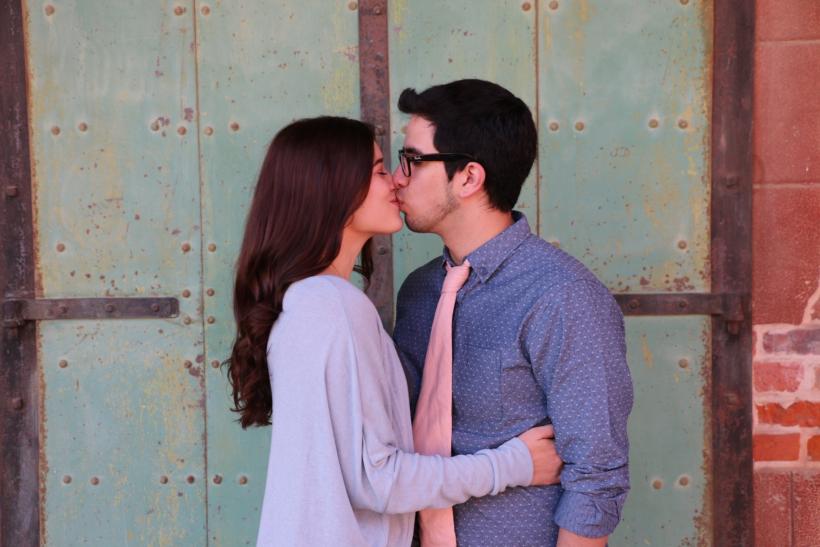 I have a friend whose daughter had a baby in her bathroom.

It happens to even the really good parents with the really good kids. And it’s frankly terrifying to think that your child could conceal a pregnancy for nine months and then pop out a baby while you’re watching the mid-season finale of Scandal.

“Hidden baby” is one of the approximately half million things that terrified me about having teenagers. I just couldn’t possibly imagine.

It’s the burning question all parents of toddlers have: This is SO hard already. How am I going to parent TEENS?

When you’re knee-deep in dirty diapers, plastic potties, tantrums, time-outs, it’s hard to imagine how you’re going to navigate high school — or even middle school, for that matter.

I recruited some of my favorite teenagers (who promised honesty) to tell you the things you don’t know about the scary things.* Some of these things are going to be terrifying to read.

I give you my solemn vow, it is going to be OK. I’m like 97 percent sure. All of what you will read here applies to my kids, too.

And they are all OK, despite the things I didn’t know were going on:

1. Popularity and peer pressure are BFFs.

When I was a teen, rich = popular. (Like that kid with a Ferrari. Asshole.)

Now, social status is less about money and more about visibility. Visibility means going to parties, throwing parties, and generally being recognizable to the entire student body — but also acting aloof. Pretend you're Tom Cruise, but without the Scientology delusions.

Parties/sports/social settings are good places to be seen. Bonus points for a Ferrari (asshole).

Peer pressure is applied in this order:

Are you? Have you? How often do you?

By the time they’re in their junior year, it’s expected that they will have “done it.” And if they haven’t “done it,” they will certainly feel a lot of pressure to “do it.” All of it.

Peer pressure when I was in high school was like, “Are you REALLY going to wear that blue mascara?” Now they're all, “YOU HAVEN'T GIVEN A BLOW JOB IN THE BATHROOM?”

It does not offer full protection — and the protection you think it offers may be false.

This isn’t to say that all religious kids will engage in some kind of “risky” behavior, but it is to say that plenty of them will. Send them to school wearing a robe, give them a rosary, stash a Bible in their pocket. Sadly, you can’t ward off The Sex with a crucifix.

One of the teens I talked to told me that every one of the kids in their private Catholic grade school had gone to public high school and either had used or were using drugs.

What I'm saying is, you're probably wasting your money on those nuns. They are def not teaching your kids celibacy.

Which is not encouraging.

3. Drugs are real — and everywhere.

This is the one that’s the scariest of all the scary things. There is some consolation here, albeit really small. Many kids who use The Drugs are toking on a doobie. (It’s probably not called a “doobie” anymore, is it?) More than that are smoking cigarettes.

Neither of these are good things for a 16-year-old to be doing, but at least they aren’t snorting coke?

I know, that’s not really comforting.

Where are they getting drugs? From each other, duh. It’s a long chain of custody. But they are not at all hard to obtain. If you want it, you can get it. The end.

They are not all doing drugs, obviously. But if they wanted to, they could.

They can smoke a joint allll day.

4. Sex is an expectation.

This is a close second to drugs (and maybe a first for a lot of us): How do I keep them from doing The Sex?

Well, how do you keep killer whales from eating baby seals?

I mean, unless you, like, GAVE them a grown-up seal or something — and even then, it's not going to help with your 16-year-old doing the dirty.

They will have sex anywhere. Like, literally anywhere. I have a really honest relationship with my kids, but even I am not foolish enough to think that they would tell me if they were having sex in the attic.

The places I had sex include (but are not limited to) a park, an orchard, my living room, my bedroom (with my parents home), the neighbors' house, a car, a truck, the beach, another car. Some things never change.

What can you do?

Talk to them. They will look like they are ignoring you, but do it anyway. Let them know you are there for birth control, questions, help.

Keep the line of communication open, so if they do have a problem, they can come to you about it. Unless the problem is that they can't find an attic to have sex in.

Hang in there. (And seal off the attic.)

5. It’s not your fault if they make “bad” decisions.

If your kids have sex/smoke dope/get drunk, even, they want you to know it’s not because you did anything wrong. I mean, it might be, a little bit... But let's face it, they are going to grow up and go to therapy and end up blaming you for everything anyway.

Even with the best, most engaged parents, some kids will just smoke/drink/screw anyway.

It’s not your fault. (Probably. Don't ask Dr. Phil. He's not even a real doctor.)

And here is your prize for reading all of this without vomiting (or for reading it with a minimal amount of vomiting):

Teach them the way they should go, and they will return to it.

I think maybe this has biblical or religious origins, but it holds true. Live the way you want your kids to live. Be kind. Be generous. Be loving. Be honest.

And when they finish making questionable choices, they will return to what you’ve shown them — even if they forget for, like, four to six years. Even if they do get into the attic. They will eventually realize that there are far better places to get laid.

Talk to them always. Especially about the uncomfortable things. Even if they lie to you (and they totally will), the things you said are still planted in their tiny, one-track minds.

My kids have done at least some, if not all, of the things listed above. Some of them, I know about. Some of them, I will probably never know about (please don't tell me). But I think almost everyone who knows my kids — comment below, please — will tell you they are awesome, even if they have had sex in a closet/attic/car/park. (Please use condoms. Please.)

* The kids I talked to are from varying economic, religious, social backgrounds (degrees of measurable intelligence also vary). While this is obviously an informal Q&A setting, the kids I talked to can say that they can speak for kids from other cliques, because everyone knows what everyone else is doing.

Also, I’m not talking about drug-/alcohol-addicted kids or mentally ill kids. Those are not “average” kids, they are outliers and need more than an “it will be OK” attitude. (Please see here, here, or here.)