Woo Wellness Wednesday: Your Intuition Knows A Lot. Trust It. 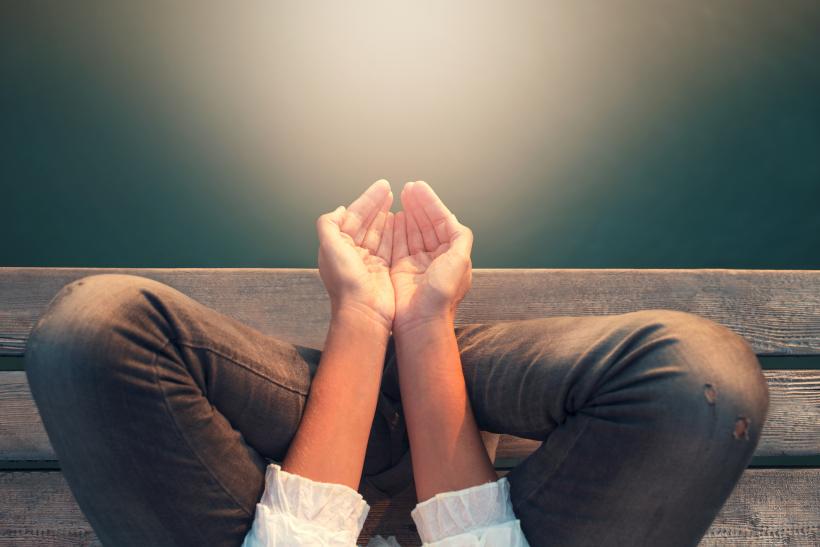 Intuition is a tricky thing.

For our wedding anniversary, my husband and I went to a fancy brunch buffet. We had been aching to try this restaurant where we frequently enjoyed happy hour with friends, at a spot that takes in sweeping views of our city. We chose to throw down a little cash while my parents watched our then-infant son, and get way too full and a little fuzzy with bottomless mimosas.

We gave our name at the host stand and, thanks to fancy brunch reservations, were seated immediately. We toasted our love and clinked tall glasses filled with bubbly champagne and fresh squeezed blood orange juice, took a longer-than-socially-appropriate swig, and descended upon the buffet.

I put a forkful of tuna tartar up to my mouth and paused. It smelled fine. It looked fine. But I had an irrational fear that it would make me sick. I ate it anyway. I kept eating it until it was almost done. On the last forkful, I got it. A taste of foul, fishy, gag-tastic old tuna that told me for certain what my intuition had already warned: It was poison.

Gut feelings matter just as much as reason and science. Gut feelings are part of the equation, not a separate entity to be discredited entirely just because some people don't understand.

Sure enough, I spent the next 24 hours violently ill, vomiting so hard I burst blood vessels in my eyes that took weeks to clear. I slept on the bathroom floor, my body trying hard to rid itself of all the microbes that infested my digestive track; I kind of wished for a quick death during hour 17.

As I popped a Zofran that my on-call doctor had mercifully phoned in to the pharmacy, I made a pact with myself: I would listen to my intuition henceforth. I'm pretty sure I had an imaginary scepter and British accent in my self-talk, because it was a decree. We all have a sort of innate wisdom, and I would no longer override it.

I spent most of my life, as many women do, second guessing my gut feelings. I cannot tell you how many opportunities slipped through my fingers, how many bridges were burned, and how much money I have lost or wasted because I skipped the gut feeling.

As a child, I felt deeply connected to my surroundings. You might call it empathy. My family told me I was too sensitive. Maybe?

But no. I was TOLD I was too sensitive, which is very different than actually being too sensitive. What I had was a highly-developed bullsh*t meter, and veins filled with red-hot empathy. I also had a strong will and analytical mind. These are not qualities that a male-dominant world appreciate, much less celebrate.

Except they do. Gut feelings matter just as much as reason and science. Gut feelings are part of the equation, not a separate entity to be discredited entirely just because some people don't understand.

After 35 years of intentionally shutting down, it took me months to turn my intuition back on after that fateful poison sashimi brunch. I started with little exercises and experiments. I took notice of my first instincts. I took an observational stance in my own life and intentionally disconnected from drama and internal feeling loops, giving myself distance to watch my life unfold. Small things, like deferring to preference for food, and feeling how my body felt after eating certain things, led to noticing the difference between a real gut check and irrational, seeping fear.

I found that as I tuned into my instincts, my confidence improved. I began to give my feelings a slice of my decision making pie, and trusting my process became easier. That self-trust spilled into my work, my marriage, my parenting and, yes, even my body. When I paid attention to how certain things made me feel and what made sense for my life and body, I became a fierce advocate for myself and those around me.

Trusting one's intuition is not an exact science, but it is a worthy practice. Friends, we are all much wiser than we can ever know. Trust it.

If you like this article, please share it! Your clicks keep us alive!
Tags
wellness
mental health
intuition
trusting your gut
trust your feelings