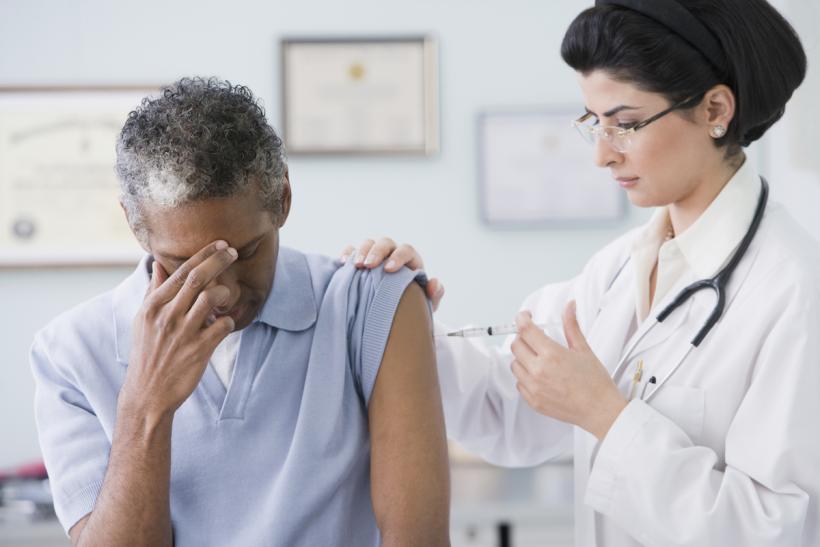 Reports were released Thursday detailing the results of a study concerning the use of injectable male birth control. The study was ended prematurely when 20 of the 320 participants dropped out due to side effects such as acne, issues with libido, and mood disorders.

The Pill and its counterparts have never been perfect — that’s nothing new. What’s new is anybody caring about it.

The internet has been flooded with everything from quippy hot takes to serious reportage on the matter, all leading to important discussions about contraception and mental health that we should absolutely be having. What’s disconcerting is how little attention these issues get when concerning women, who have borne the brunt of contraception for most of human history.

The results of said study (which did find a strong link between hormonal contraception and a subsequent depression diagnosis, by the way) were published at the end of September 2016. They did not trend at #1 on Facebook.

On the surface, it’s pretty funny to imagine men dropping out of a scientific study due to side effects that women deal with on a daily basis for a majority of their lives. But that laughter quickly devolves into, “Oh god, sexism is the actual worst and there are real human lives implicated in the gendered politics of pain and reproduction.”

Depression and acne are just part of the deal when it comes to women’s contraception, but when those same things happen to men we halt everything to talk about how we can do better. This sort of thing is not considered news when it involves women because we view their pain as not just inevitable, but preferable. Women are used as repositories for the side effects of life, and that includes our birth control. Leslie Jamison put it perfectly when she wrote her Grand Unified Theory of Female Pain, which echoes across the coverage of this study all too strongly:

“The pain of women turns them into kittens and rabbits and sunsets and sordid red satin goddesses, pales them and bloodies them and starves them, delivers them to death camps and sends locks of their hair to the stars. Men put them on trains and under them. Violence turns them celestial. Age turns them old. We can’t look away. We can’t stop imagining new ways for them to hurt.”

Hormonal birth control should be safe, effective, and accessible for everybody, period. There should be quality contraception available to men, but the same goes for people of all genders — including women.

Let's keep talking about how we can improve birth control, but let's also recognize all the times we've silenced this conversation in the past. Because that's something we need to be better at, too.