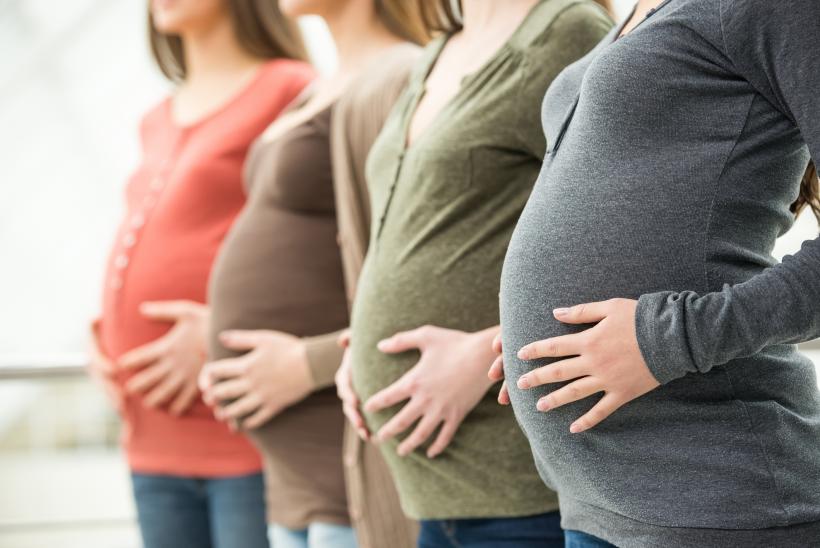 Being pregnant can be hard, even without unwanted commentary.

Pregnancy has the potential to be one of the happiest times in a woman’s life. It can also be stressful, physically taxing, and downright difficult. So leave it to some people to make it even worse by adding their unwelcome commentary.

It seems there is something about a baby bump that makes certain people toss all social conventions and etiquette aside. Personal space? Forget about it. Unsolicited suggestions? Brace yourself. Snide comments and judgment? Unfortunately, yes. According to a 2015 survey of more than 1,000 American moms released by Yahoo! Parenting, 9 percent felt their parenting decisions or abilities were under judgment before the baby even arrived. This happens for many reasons — and is often rooted in the critic’s ignorance.

As these eight women’s experiences also show, you should never judge a woman by her pregnant belly when you don’t know her full story. (And even then, just don’t.)

I am a single mom by choice. When I went to the perinatologist because of my "advanced maternal age," the ultrasound tech said something about the fetus "being like daddy." I said there is no dad. Cue awkward silence and then she started asking all of these questions about what I did for a living, where I lived, why I moved from NYC... She didn't stop until she asked where I went to school. Once I said Columbia, she shut up.

I realized then that if I felt shamed until she got the answer she wanted, what about other women who might be younger, less educated, or without insurance?

When I was pregnant with my first baby, I was 23 years old, newly married, and working full-time at Starbucks while I went to grad school... Once, there were two regular customers who literally discussed how sad they were for my baby to be born to me because I was young, poor, and obviously wouldn't be able to properly care for a child when I was barely taking care of myself.

I also had a senior manager call me a breeder and tell me my family was going to end up in a cardboard box.

I felt shamed for being overweight. When I was about five months pregnant and just starting to show, I went shopping for maternity clothes and got some comments from the women at the shop along the lines of perhaps I wasn't pregnant at all, just fat. I felt frustrated, like I wasn't a "real" pregnant woman. I'm one of those weird people who don't have a lot of hang-ups about her weight, but after 10 years of fertility treatments and two miscarriages, I had really been looking forward to all those parts of pregnancy that other people take for granted — the smiles, the offers of congratulations, that kind of thing. Instead, I got suspicion.

My pregnancy was an unplanned one. I'd been living in Bangkok at the time, where I fell pregnant with my ex-boyfriend’s child. It was no big deal in Thailand. However, on returning to South Africa, which is far more conservative, I was constantly asked whether I was going to marry the father, if he was around, and how I was continuing without him.

Wherever I went, people stared at my belly, then my empty ring finger, looked for a man, and would often then make comments. It was as if not having that male presence around me made me more of a target for people's thoughts on pregnancy. Often, people I vaguely knew through connections of my parents would ask me intimate questions about my relationship and what I was planning to do with my child given the circumstances.

With my first pregnancy, I was so sick before I was even due to take a pregnancy test that I knew something was off. By the time I was six weeks along, I was completely bedridden and at my first few appointments with my midwife she kept telling me how normal my symptoms were. I couldn't believe that vomiting multiple times per hour, every hour of the day was normal. Or that having to climb into the tub to do it because I couldn't hold my urine in while vomiting was normal. Or that losing 15 pounds in three weeks was normal.

At each appointment I would bring up that I didn't feel like any of this was normal and my provider suggested supplements, anxiety medication, stress at home, or an eating disorder. Anxiety, home issues, and eating disorders are things I take seriously, but those weren't my struggle, they weren't the causes of my symptoms, and I knew that. She never once mentioned hyperemesis gravidarum, which I discovered was exactly what I was suffering from in my second pregnancy. I was very embarrassed that I wasn't able to "handle" pregnancy like everyone else. I thought that meant I was going to be a bad mom too, and I did struggle with postpartum anxiety and depression after my first born.

As part of my line of work, it's necessary to have a glass of wine to evaluate a restaurant's wine service, so I would order a glass of wine when I was out for meals both for work and occasionally at non-work related meals. During the course of my pregnancy, the hospital had me fill out a questionnaire and it specifically asked if I consumed alcohol. I marked that I did.

At my next visit, as I was leaving, a woman approached me in the hallway and said she was a social worker and wanted to talk to me about my questionnaire. I told her that I'd read some studies about it and felt that since I was only consuming one 4- to 5-ounce glass, once or twice a week over the course of a two-hour meal, that it wasn't a cause for concern. She told me otherwise and handed me literature on fetal alcohol syndrome and sent me on my way.

As I was leaving my next appointment, she asked if I'd read the fetal alcohol syndrome literature and what I thought. I cited a study that showed no difference in executive function in 5-year-olds whose mothers reported drinking moderately versus mothers who abstained. I also mentioned that in other countries, such as Italy and France, expectant mothers aren't lectured about consuming alcohol while pregnant. She basically said it appeared I'd spent a lot of time thinking about it and had some sound reasoning and let me go. It was the last time I talked to her.

I worked in a conservative corporate office when I was pregnant with my daughter. Eleven days before I delivered, I was caught off guard and rendered speechless when a senior colleague paused as we passed in the hallway to say, "Wow, you've really let yourself go."

Although there is nothing pleasant about hearing these kinds of critiques, we can all take a bit of solace in knowing that anyone who so freely spews judgment isn’t someone whose judgment matters.

If you like this article, please share it! Your clicks keep us alive!
Tags
pregnancy
shame
wine
weight gain
single mom