I Told My Teens To Smoke Pot 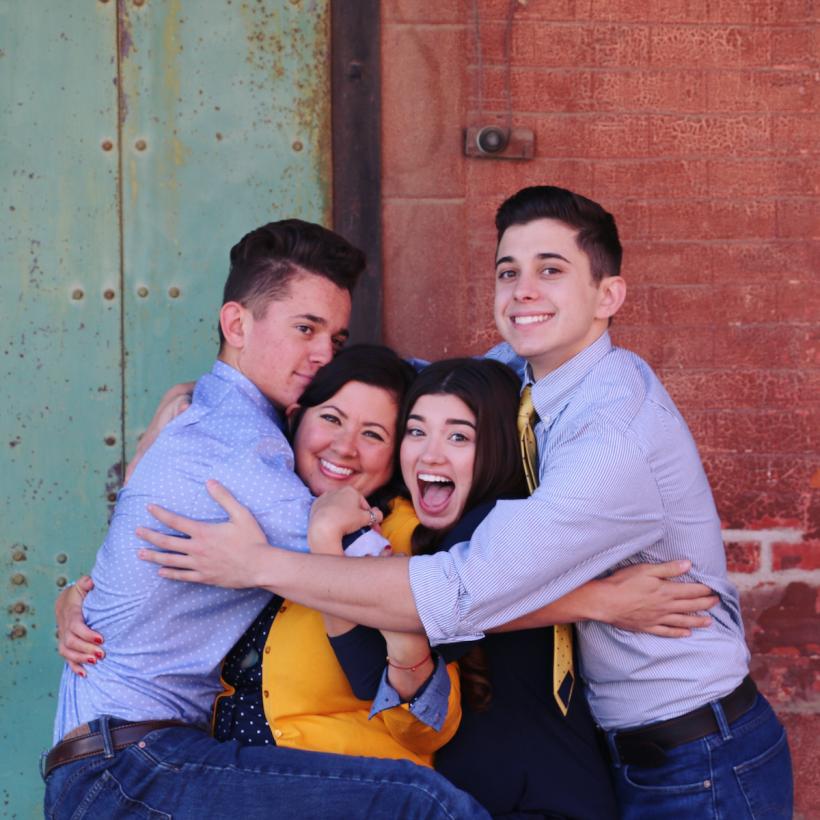 What if your conversation saved them from blackout drunkenness, chunks of days and nights they can’t recall, behaviors that are dangerous, both to them and to others.

Scent connects us to some of our most vivid emotional memories. Freshly cut grass. The powdery soft smell of your grandmother. The unmistakable odor of lighter fluid on a charcoal. And pot. I knew the smell of skunk weed before I knew how to read. I knew the smell of Michelob beer and tequila without even knowing what power booze held.

I was born in the 70s to a couple of long-haired hippie weirdos. They smoked a lot of weed and drank a lot of beer and wore shorts that were cut off and unreasonably short. And I watched it all. Imagine a six-year-old who could roll you a fatty.

Because of this, and a very deeply held fear of addiction, I was the kid who always passed on the puff puff pass. I think I drank twice in high school. I was certainly never the kind of drunk you’d expect a teenager to be, at least once, in those four years of flailing around trying to have sex and be an adult when you have no idea what ‘being an adult’ is. I was just really a dork. I took AP classes and tutored and read the dictionary for fun. Dork.

Before I severed ties with my mom six years ago, my three oldest kids learned, at least in small part, what addiction looks like. They saw enough to be afraid of what can happen when your life belongs to something outside you. They are 21, 18, and 16 now, either adults or well on their way there. They are making their own decisions, about booze and drugs and life.

What my kids do doesn’t impact my love for them. They know this. They’ve all known since before high school that they could always call for a ride if they were drinking. I believe they would call, but they’ve never needed to. Maybe they are as frightened of alcohol and alcoholism as I am. I wish they didn’t have to be, but I hope they are.

It was a few years ago, during a conversation about alcoholism and our drunken family tree, that I told them all to get high.

I didn’t smoke anything but a singular clove cigarette during high school. I never even had pot in my presence until a few years ago. I’m not afraid of pot, my feelings about it are pretty neutral. It makes me hungry and tired, and I’m hungry and tired all of the time already. I can take it or leave it. I was the most square square when I was 17, and still am the most square square at 42. I’d love for my kids to be square, too.

But I also know weed is everywhere in high school. I know this because I’m not a moron, and also because I asked some high school kids. I’m not a pothead parent who thinks having pothead kids is cute. I’m a parent who knows that delusion is real.

I’m a parent who knows peer pressure is real and is applied in the following order:

And yeah, I told my kids if they are going to pick a substance, pick pot. Don’t buy booze. Don’t drink cough syrup. Do get high. They call it getting “lit.” (That makes me think of literature and images of my kids and their friends all sitting around reading Ernest Hemingway. Square squares.) I call it getting your intoxication in such a way that’s not likely to end in your car wrapped around a telephone pole.
People will lose their shit about this, because telling your kids to smoke is like giving your kids condoms, only worse — and people are still losing their shit about the condom thing even though the teen pregnancy rate in America is 57 pregnancies per thousand births. Telling your kids to go ahead and smoke is permitting them to do a thing that is A. illegal and B. potentially dangerous.

But, finish reading before your take your fiery fingers to the keyboard.

I’m not deluded; my kids are good kids, imperfect, but really, very good. They go to school. They get decent (or even pretty good) grades. My boys were both in marching, symphonic, and jazz band. My 16-year-old is the drum major. My 18-year-old just moved into his own apartment. He’s studying his way toward a PhD in education; he’ll teach music someday to other kids like him, who will be doing all the things kids are doing now.

My eldest daughter is a nanny. She is a certified yoga teacher. She is 21. She can even buy alcohol. And she’s been drunk literally never. I asked her. She told me. I asked her why. She told me. Her family history of drug and alcohol addiction scares her. She’s careful because of it. I don’t know if, or how much, she smokes pot. I’m not concerned about it.

I’m not concerned about my teenage sons smoking. At least not like I would be if they were spending their weekends drunk on Smirnoff Ice and cheap beer.

Why? Because pot doesn’t kill people. Pot doesn’t wreck your liver. Pot makes you want to eat cookies and listen to Pink Floyd on reproduction vinyl you bought at Urban Outfitters.

Would you rather your child get high and eat a pizza, or drink a bottle of vodka and go to the hospital?

I know you’re saying you’d rather them do neither. Well, obviously. But what if you knew that they were going to do something? What if you saying, “Please, if you’re going to engage in the use of a substance, choose marijuana," kept them from choosing alcohol and kept them safe, or at the very minimum, safer. What if your conversation saved them from blackout drunkenness, chunks of days and nights they can’t recall, behaviors that are dangerous, both to them and to others.

This argument of acknowledgment is permission is a load of malarkey. Sure, handing your kid a condom may mean they have sex. But guess what? They were having sex whether you gave them a condom or an early curfew. There are kids having sex in high school band rooms. Literally IN the band room. On the bus. In the bathroom.

And they are smoking pot in there, too.

If you like this article, please share it! Your clicks keep us alive!
Tags
parenting
pot
weed
smoking
drinking
teenagers
teens
addiction