Let's Talk About Genitals: The Term Birth Canal Is The Actual Worst 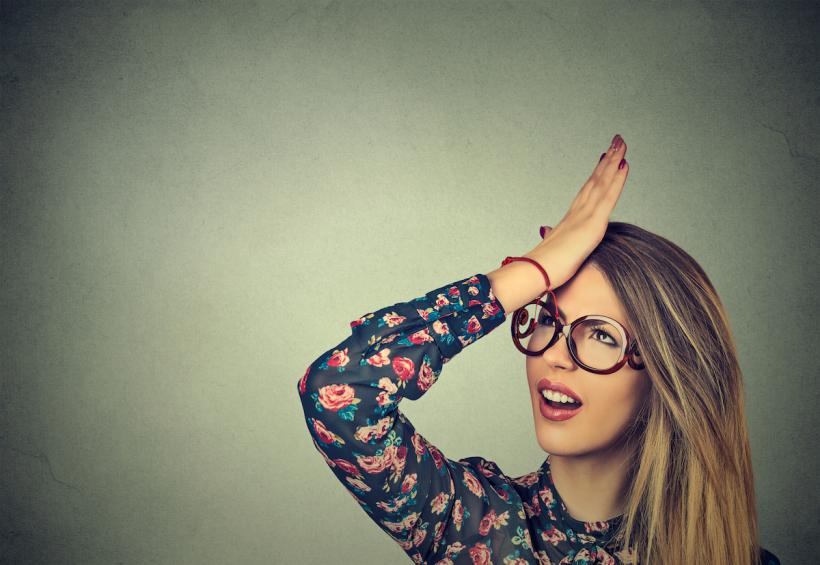 Listen, a vagina is not an artificial waterway for babies to be born.

It’s no secret that the way we talk about the bodies of pregnant people is seriously messed up. Anti-choice ideologies in our society can reduce those of us with uteruses to hardly more than baby making factories in many discussions, and even the most pro-choice feminists are sometimes not immune to the language quirks that minimize the experiences of those carrying pregnancies (regardless of whether or not they choose to carry those pregnancies to term). I found that out first hand during my own pregnancy, when the limitations of language left good friends grappling with how to talk about “the baby” pretty much right away.

And honestly, even without pregnancy and childbirth, the way we as a society discuss genitalia is already messed up and confusing. When the word vagina is used to mean everything from, well, “vagina" to “vulva” to “the entire female reproductive system — yes, even including the ovaries,” it’s no freaking wonder we don’t know how to talk about this stuff.

But today, I want to talk about something specific.

Let’s talk about the birth canal.

But I’m me, and much like my toddler, I respond to everything in my life with a loud, resounding “WHY?!?!?!”

The first time I can remember encountering the term was in a book gifted to me by some very friendly evangelists. They were kind, I liked their outfits (I’ve always been a fan of the ankle length skirt), and they gave me books. One of them was Your Youth, Getting The Best Out Of It. This is a book, by Watchtower Publications, which is no longer in print (I have no idea what their current publications for the young people look like). Anyways, here’s the quote which I read at nine years old.

“The husband lies close to his wife so that his male organ fits naturally into her birth canal. This can give great pleasure to each of them.”

That is about the least sexy description of heterosexual vaginal intercourse (amongst married people only! — But I guess technically you could do different positions?) that I have ever read.

Even if you can get past the word “canal” (I can’t, but you do you) the “birth” part of “birth canal” is still an issue. Why? Because it implies that that organ has one purpose and one purpose only, to bring forth the babies. But that isn’t true and everyone knows it.

Birth canal means vagina. Vagina is the correct medical term for the muscular tract that goes from the cervix to the vulva, despite the fact that the word “vagina” is often used incorrectly to also include other body parts. It’s tempting to imagine that the difference between these two different terms for the same organ is just a matter of preference. Maybe some folks prefer the more technical term and others prefer a less technical term. And I would concede that point, except for the fact that birth canal is in fact made up of two words, two words that have their own definitions, and affect the meaning and usage of the term.

1. an act or instance of being born:
the day of his birth.

Listen, a vagina is not an artificial waterway for babies to be born. That’s not a thing. And even if the first definition of “canal” isn’t the best one to use here, I’d wager that’s the one that most people know, and think of first when they hear it. It’s gross and it’s weird. And while in day to day life, I don’t hear a lot of people saying “birth canal,” let me tell you something, it instantly increased as soon as I was pregnant. It’s like once someone is with child we suddenly need a way to talk about that person’s parts that is different. In the world of pregnancy and childbirth, apparently the word “vagina” is far too potentially sexual.

Which brings me to the other issue. Even if you can get past the word “canal” (I can’t, but you do you) the “birth” part of “birth canal” is still an issue. Why? Because it implies that that organ has one purpose and one purpose only, to bring forth the babies. But that isn’t true and everyone knows it.

Vaginas do a whole lot more than give birth.

Vaginas menstruate, they allow blood to flow out freely, and they hold tampons and diva cups when that is preferable for the menstruating person. Vaginas are also pleasure centers for many people (though not all) and people use their vaginas to have sex, and no, not only heterosexual baby-making sex. Vaginas are these amazing self cleaning organs that many many women and trans and non-binary folks have, regardless of whether or not we have or want to have children. And if we do choose to have children, yes, sometimes we use our vaginas to give birth, but sometimes we don’t.

Calling a vagina a birth canal is a reductive misnomer.

It assigns a singular purpose to a body part with many different purposes and functions. It’s insulting and it’s unfair, and it’s also just horribly incorrect. If you are too squeamish to use the proper term, then you probably should never be in a circumstance that would give you cause to discuss that body part in the first place.

If you like this article, please share it! Your clicks keep us alive!
Tags
vagina
birth
pregnancy
anatomy
language