7 Things I Wish People Understood About Being Queer 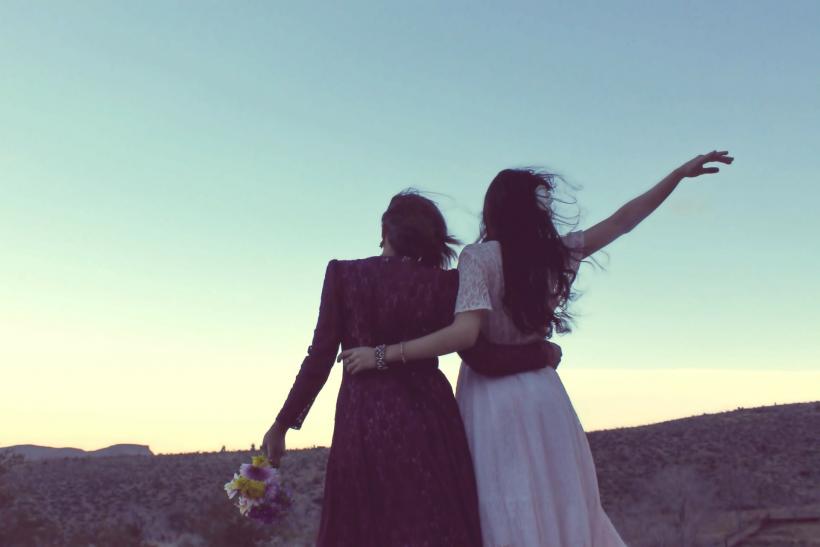 Being queer is about demolishing binaries. Image: Pixabay.

We don’t fit neatly into your little box.

Being a queer woman is, as the word might imply, weird.

It doesn’t quite fit into the growing number of boxes we have for sexualities, since it can mean a broad number of things, and that unsettles people.

I remember sitting in a room full of queer women, largely lesbian identified, and someone making a joke about how nobody was interested in men in the room. It was incredibly alienating and raised more questions than it answered.

I was young and unsure enough to hesitate before I considered challenging the assertion; thankfully someone else in the room wasn’t. How did she know that no one in the room was bisexual? Pansexual? And what defines a man? The conversation devolved from there and included some really transphobic comments, but it’s one of the first times I can remember feeling with a sense of finality that I wasn’t a lesbian, or even pansexual. I was one of the lucky few whose sexual identity got to be way more complicated than that.

There are a lot of unknowns out there when it comes to this somewhat ambiguous umbrella. Even a Google search will conflate “queer women” with “lesbian.” So the first and most obvious thing I wish people understood about being a queer woman, is that we exist.

And now that you’ve got that down, here are a few more questions and answers you can tuck away for later…

1. We aren’t all lesbians

Contrary to popular belief, queer isn’t the same thing as gay, and not all queer women identify as lesbians. Some of us are bisexual, pansexual, demisexual or even asexual. Queer is a broad and all-encompassing term that is purposefully inclusive and really just means that we’re a group of people who approach sexuality from any angle that isn’t straight up heterosexual.

There’s a common misconception that all queer women look like radical feminists. Unshaved legs and armpits, no bras, patch-laden denim jackets slung over our politically charged t-shirts. While some of us definitely ascribe to some or all of these traits (you can pry my denim jacket from my cold, dead hands), shockingly, some of us look just like everyone else. I’ve never had much of a “gaydar” going for me, and though some swear by it, the fact is, literally anyone you see on the street could identify as queer.

3. Some people in our community are trans

One thing that really gets my goat in the general feminist community is the small but vocal corner that determinately insists trans women aren’t real women. I see this occasionally in the LGBTQ community too, and it’s deeply upsetting and equally incorrect. Don’t forget that trans folks exist in our communities all around us, especially in queer circles. They deserve just as much space as the rest of us, and are equally qualified to claim the title of “queer woman.”

4. Being queer is about demolishing binaries

My sexuality isn’t limited to women; I’ve been attracted to and in relationships with trans folks as well, from FTM (female to male) identified individuals, to those who don’t adhere to either end of the gender binary and exist outside of it. I happen to identify as a woman, and that also happens to be one of the two binary options. But just like a feminist housewife, identifying with the standard gender norm doesn’t mean I think it’s obligatory due to the status of my genitals aligning with the standard interpretation of what my identity should be.

Being queer doesn’t mean we haven’t figured out what we want yet. It’s not like entering college as a freshmen and not being able to declare a major because there are too many options to choose from. It’s like crafting a unique major out of a collection of colleges because we refuse to be confined by the existing standards. And yeah, we definitely don’t need to just find the right man to settle down with. Please stop with that.

6. Google is your friend

Before you ask us a question, gauge whether or not it’s something you can easily figure out with a quick Google search. If you preface your question with “I looked this up and couldn’t find a really definitive answer, what do you think?” it’s much less likely to bother me for two reasons. One: it tells me you’ve already taken the initiative to learn on your own, and two: you’re asking for my opinion and not pretending to know everything like a douche.

7. Think before you label us Most people who are familiar with the word queer are familiar with it as a slur for our community, which is absolutely accurate. But it’s a reclaimed slur that many of us now identify by. Since it’s a reclaimed slur, you shouldn’t assume it belongs to someone, or use it on someone even if you know their sexuality mirrors someone you know uses the word. It’s very similar to the word fat. I identify as fat, I even use it on myself, but I’d never use it to describe another person unless I knew they also reclaimed the word.