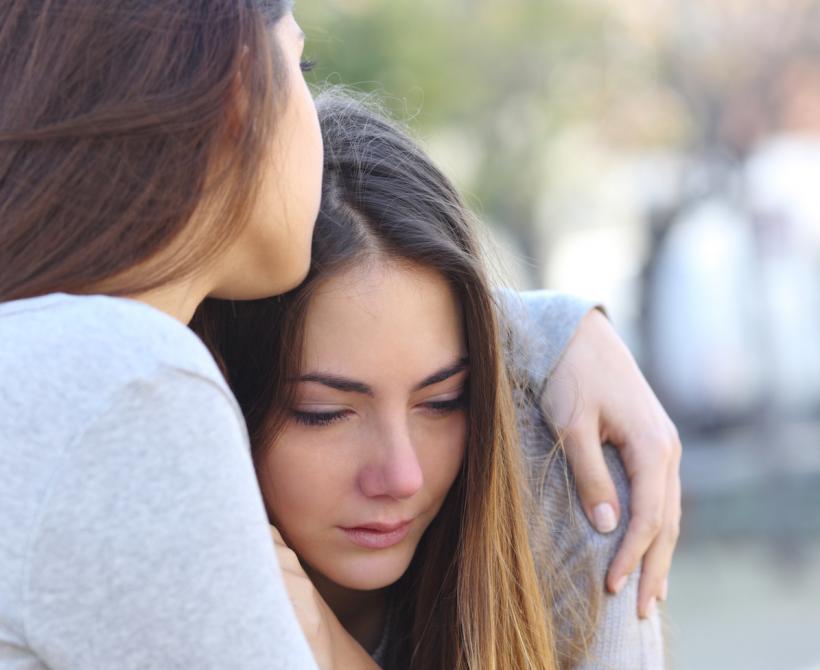 The first and most important thing you can do for your friend is to believe them. Image: Thinkstock.

If your friend came to you, it’s because they trust you.

After my last sexual assault, I was incredibly fortunate to have a best friend who knew exactly how to help me. She’d also been the victim of assault in the past, and knew full well how emotionally draining the recovery process can be.

She was the first person I called. When I got to her house, she allowed me to simply walk upstairs, crawl into her bed, get under the covers, and sleep. I was never pushed to talk, and she remained with me every step of the way.

No one had ever shown me that kind of patience, the gentle sort of love that every survivor of assault deserves to receive.

Unfortunately, statistics show that one in every six women (and one in 33 men) will at some point be the victims of sexual assault. And these statistics grow for trans folk: 50% of trans women and men have been or will be victims of sexual abuse or assault sometime in their lives. That means that, more than likely, you already know someone who’s experienced this type of violent crime, or will eventually.

Not every victim speaks out, and few actually report the crime to the authorities. If a friend happens to trust you with this information, it’s your duty as a human being to be there for them in every way possible.

Here are 7 ways you can be of help to a friend who’s just been sexually assaulted:

This is such a basic thing, but the first and most important thing you can do for your friend is to believe them. Don’t question them. Don’t press them about details you don’t understand or that don’t make sense to you.

According to one major study that analyzed ten years of reported rape cases, “the prevalence of false allegations is between 2% and 10%.” Basically, the idea that false rape claims are common is a lie, and it’s almost certain that your friend is telling the truth.

2. Listen if they want to talk, but don't force them to.

If your friend came to you, it’s because they trust you. Chances are, they will eventually feel comfortable enough with you to disclose more information about the assault.

Don’t press your friend to divulge information. Simply be with them, let them know you’re willing to listen — and also willing to simply sit around and watch TV or play video games or go for a walk or anything, really.

They’ll speak when they're ready.

3. If they don't know how to talk about it, help them find the words.

It was years before I was able to say I had been raped. And even after my second major assault, I still had trouble calling it what it was. I could describe what happened, but refused to use the words “nearly raped” or “sexually assaulted.”

There are several reasons why so many of us have trouble admitting we were raped, but often it can help survivors of sexual violence to be able to put a name to what happened to them — to us.

It isn't your job to name your friend's experience; fundamentally, everyone has the right to describe what has happened to them in their own words.

But sometimes, it can make a world of difference having another person suggest language they can use to describe what they went through.

4. Remind them that this was in no way their fault.

They did not force someone to rape them.

It is entirely the fault of the rapist, the attacker. It helps to hear it, and honestly it never gets old.

Some of us know deep down that none of that is true, but knowing something and believing it, especially after being attacked, are two very separate things.

5. If they choose to report the crime, offer to go with them to the police station.

I decided to report my assault, and it was one of the most difficult things I’ve ever had to do.

My friend drove me to the station; I shook the entire way. When I had to speak with the detective on my case, I nearly ran out of the room because of how difficult his line of questioning was (not to mention his lack of empathy).

It’s hard enough to decide to report something like this. Let your friend know you’re willing to be with them every step of the way.

6. Help them get away from triggering places and situations.

There will be so many new triggers after an assault.

When I was assaulted by a cab driver back in 2010, I froze every time I saw a cab like his drive by. It was about a year before I was able to get inside of a cab again (honestly, they still make me a bit uneasy).

If you notice your friend having a bad reaction when they’re in the area where the assault took place, or getting very tense and nervous when they see someone who looks like their attacker, or being triggered in some other way, try to help them gently out of the situation.

Guide them out of the room. Remind them that it’s not their attacker they’re seeing. Do whatever it takes to talk them down.

7. And finally, assist them in finding support groups and/or therapy.

It’s so important to find good mental health support after an assault. I was fortunate enough to already be in therapy after mine, but many people who are attacked have no idea where to begin seeking help.

Give them the number to the National Sexual Assault Hotline (800-656-4673), which can help them find local resources, like survivor support groups and nearby mental health clinics.

If they happen to have insurance, let them know you’d be happy to help them find a therapist or counselor within their coverage.

If they’re still in school, walk with them to the school’s wellness center so they can find help there.

Survivors of sexual assault may have a hard road to walk, but having a friend able and willing to offer support can go an awfully long way toward making the path smoother.

If you like this article, please share it! Your clicks keep us alive!
Tags
assault
sexual
friend
advice
support
Rape
survivor
Police