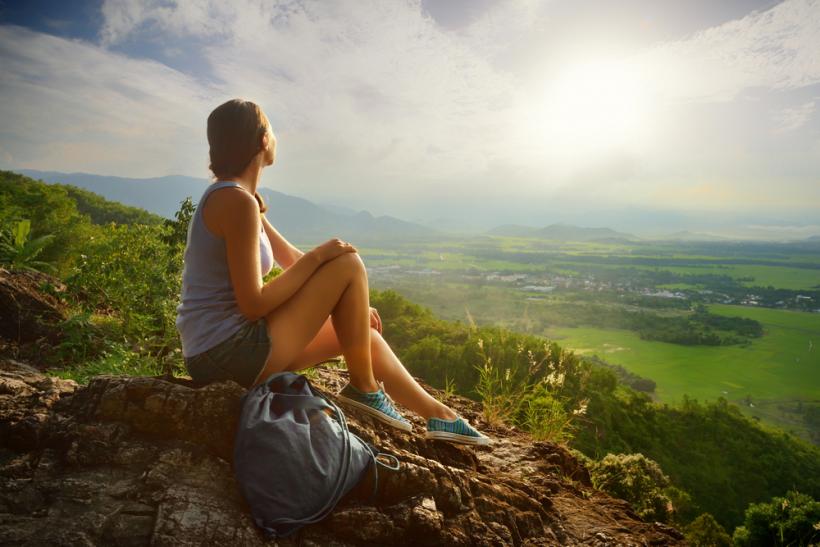 Having herpes made me realize what type of people are worth having in my life.

In STI support communities, many refer to the person who gave them herpes as their “gifter.” This might sound strange, since I’m sure a sexually transmitted disease is not a gift anyone wants. But, looking back on my past nine months with herpes, I think this is an apt term.

My herpes is a gift: Not the virus itself, but the way it’s shaped my perception of myself and my relationships with the people around me. It’s influenced my writing and my feminist activism.

In fact, I think having herpes has made me a stronger and more self-assured person.

My gifter — let’s call him D — was a gorgeous tattoo artist who had just moved to New York City. We met on Tinder and hung out a couple of times before sleeping together.

“You don’t, like, have anything?” I asked him, mid-make-out, as we lay under the stars that one night in July.

He assured me he didn’t and that he got tested frequently. I myself had been tested twice that month due to a) exploring casual sex for the first time and b) my haunting anxiety that convinced me that one test wasn’t enough.

So we went for it.

He performed oral sex on me for a good 20 minutes before I fumbled through my purse for a condom. And then, for the first time ever, I had outdoor sex. MetroNorth trains whizzed by as I was in complete ecstasy.

The next day, I was giddy with joy. Not only was the sex great, but I liked him so much. I Skyped with my oldest friend/practically my cousin (our mothers had been friends since age 16) — let’s call her L. I told her all about the night before.

D texted me saying he didn’t feel well, that he thought he had caught a cold from being outside so many hours the previous night. We talked more about what happened and how we should take things slow, in terms of us being together.

The following day I woke up with a sore throat, just like D had described.

Shit, I thought, looks like we’ve both come down with something.

The next time I saw D, we hung out in the city. We sat in Washington Square Park at night and split a small bowl, then we lay in the grass and talked before deciding to go get some tea, since we both still felt pretty shitty from this “cold.” As we were leaving the park, he reached to take my hand to hold.

We decided that the next day, I would come to where he was staying in Brooklyn. Despite my sore throat and fatigue, I woke up early and took the three trains needed to get to Bushwick from my home in the Bronx.

At his place we made green tea with lemon and honey and had sex again… twice.

After getting home that evening, I felt a little itchy down below and noticed a couple bumps.

Probably from shaving and all the sex, I thought.

When I didn’t feel better the following day, I decided to go to my local Urgent Care about the sore throat, in case it was something more serious than a simple cold.

D was already back home in Buffalo to get some things to bring back to NYC, and had, like me, decided to see a doctor.

He texted me while I was on the way to Urgent Care: Hey, so, I’m at my doctor's office, and they’re saying these symptoms might be a sign of herpes.

I walked into the clinic, in tears, and asked to be tested for herpes. I got a swab of the weird bumps on my labia — as well as a blood test, despite my huge fear of needles.

It’s mad suspicious that you got tested twice this past month if nothing was up, D texted me later that night. I never had any problems till I came to NYC. This kind of changes my vibe on you.

I was distraught and anxious the next few days as I waited for my results to come back. I found solace in talking to some of my friends, who were super supportive and did their best to convince me that having herpes isn’t the end of the world.

Every friend, that is, except for L.

My mom received an email from her mom regarding my upcoming trip to London. I was supposed to be staying with L and her family — but this email said that since I might have herpes, they’d rather have me stay at a bed and breakfast.

I was upset that L even told her mom. When I confronted her, she told me that knowing I might have herpes made her anxiety act up. She said that when I stayed there, I should use toilet seat covers. She was afraid to even lie (fully-clothed) in the same bed next to me, she told me, because she’s a “cuddly sleeper” and was nervous that she'd catch my herpes.

My oldest friend's rejection and ostracism stung way worse than the cold shoulder D was giving me, so I canceled my trip to London.

About a week later, I got a call from Urgent Care that my test results were in and that I should come back to the clinic.

I was told that because the virus was new to my system and I hadn't developed antibodies to it yet, my blood test had come back negative, but my swab came back positive. They were still unsure of the type of herpes it was, though — 1 or 2.

Like clockwork, D texted me while I was sitting in that exam room to tell me his bloodwork came back positive for HSV-1.

I told my nurse about the situation, and how I wasn’t sure who gave it to whom. The nurse said that, since D had antibodies for HSV-1 in his blood, he had had the virus longer and must have transferred it to me.

Since HSV-1 typically tends to exist orally, I most likely contracted it when he went down on me. He didn’t have any sores on his mouth, but sometimes the virus can shed asymptomatically, and be transmitted even in the absence of symptoms.

No one ever talks about the risks of oral sex, and things like dental dams aren’t widely available the way condoms are. However, herpes is spread via skin-to-skin contact (not through bodily fluids), condoms just don't cover enough area to guarantee you full protection.

So although I used a condom and did everything “right,” I still got herpes.

I didn’t speak to D much after that. I told him it wasn’t the fact he gave me herpes that I was upset about, but rather how he treated me afterward — blaming me, ignoring me, never checking in to see how I was doing.

I was willing to give him another chance, but he never proved to me that he actually cared.

As for L, who prioritized her unfounded fears over my biggest fear-based life event to date? I decided that she wasn’t really as good of a friend as I once assumed her to be.

My first outbreak cleared up in a few days and I haven’t had any recurrences since.

In order to make myself feel a bit better about carrying this virus, I did research online. I looked up celebrities who have herpes (Scarlett Johansson has it!) — but mostly, I was looking for first-person narratives that would convince me that everything would be OK.

At first, I found very few published stories of people’s experiences, and the ones I were able to find were mostly written anonymously. Then I found Ella Dawson and was completely inspired by her writing. This one essay in particular actually brought me to tears.

I came to realize that herpes stigma — and STI stigma more generally — is most definitely a feminist issue, as it’s so closely tied to slut-shaming, victim-blaming, and body positivity. And some people who consider themselves feminists (like L) still perpetuate this stigma.

So as a writer and feminist activist, I felt it was imperative that I use my experience to bring this issue to light, especially in feminist circles.

I wrote a journalistic piece about herpes stigma for The Antithesis, a social justice publication at my school. This article was purely research- and interview-based and didn’t include any of my own experience in it.

Then, when I felt good and ready, I published my first essay about having herpes on Feministing. And, like Ella Dawson, I decided to attach my real name to it, in order to stand up against the stigma and show that this common skin condition is not something to be embarrassed about. In fact, an estimated two-thirds of the world’s population has the same strain I have.

I continued to write about herpes under my real name for sites such as Guerrilla Feminism, and now on Ravishly.

Having herpes made me realize what type of people are worth having in my life.

It meant that I finally got to see L's and other so-called friends' true colors. It helped me realize that if guys like D didn’t want to date me because of herpes, it would be their loss.

Despite having herpes, I personally haven't had any problems, dating-wise. I've always disclosed my status to new partners and never faced rejection because of it. Contrary to popular belief, it is entirely possible to have casual sex with herpes: I know from experience.

But as of right now, I am in an amazing relationship with a guy who doesn’t give a rat’s ass about my herpes.

Having an STI like herpes doesn’t mean you’ll end up alone — there are plenty of people out there who are able to see past the stigma.

And speaking up about having herpes without fear is a slap in the face to those who believe we should exist silently and alone. 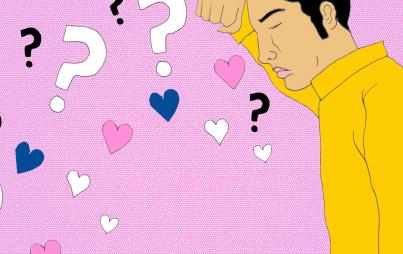 Getting Herpes Was A Gift
Rafaella Gunz

I Was Cyber-Bullied. This Is How It Felt.
Rafaella Gunz