#noshameparenting: How Shaming Is Making Parenting Harder Than It Has To Be 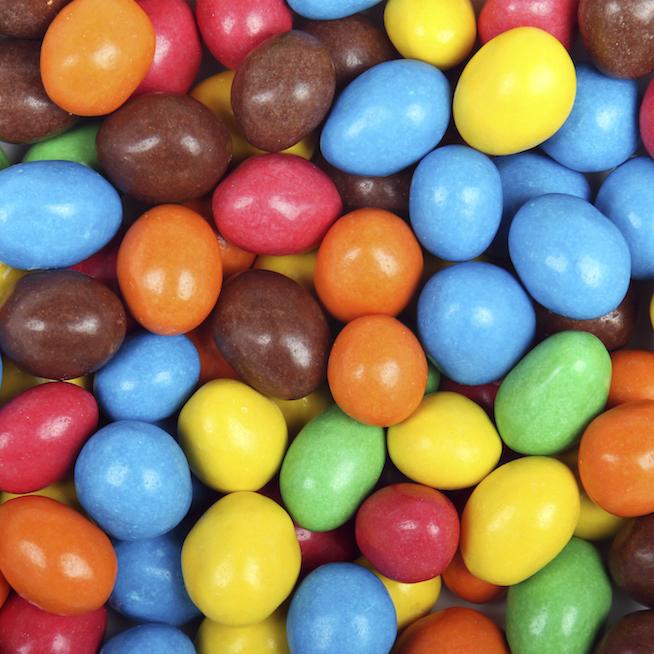 Shame isn’t productive. It mostly just thwarts honesty and makes us want to hide for fear of judgment and/or people thinking we generally suck at this whole parenting thing.

My children eat M&Ms every day. I feed them M&Ms. That is a thing I actually do. Why do I cram my kids full of sugar and food colorings that probably cause ADD and ADHD and other things that involve kids never sitting still/listening/getting some kid of mysterious illness? Because I want them to poop on the toilet/sit in their carseat/pick up their toys/eat dinner/shut up every once and a while.

I’ve been a mother 20+ years. (Half of my life. WHOA.) Twenty years is long enough that I’ve watched an evolution of sorts: from 1995 when the Internet was a tiny little baby and no one was really on it — and those that were had to deal with that whole beep-boop-beep thing — to today, where to not be on the Internet is, in itself, a political statement.

The Internet has been good (Dr. Google can assure you that cheek rash isn’t fatal, a mom in the upper-most eastern region of Canada also has a 3-year-old that is an asshole), and bad (you didn’t cloth diaper and now global warming is your fault, you didn’t breastfeed and now your baby is going to have diabetes and be 10 IQ points more stupid than their booger-eating counterpart).

A couple of weeks ago, Yahoo started the #noshameparenting initiative. This is great for parents, because all the guilt! And even greater for Yahoo, because, until last week, I didn’t even know they still existed. I’ve written a handful of articles about guilt-free parenting, but the subject is always important to revisit. No matter how often we read that it’s perfectly OK to let your child watch TV, we will inevitably see a new article that says watching TV stunts brain growth, impedes imagination, and creates the next wave of super-criminal.

Shame isn’t productive. It mostly just thwarts honesty and makes us want to hide for fear of judgment and/or people thinking we generally suck at this whole parenting thing.

So here’s a concise refresher course on things worth shaming:

DO NOT be ashamed of feeding your 8-month-old baby formula, breast milk, goat milk formula, or donated breastmilk. All milk is important, because nutrition.

DO be ashamed of feeding your baby chocolate milk. Chocolate milk is not important for a 8-month-old baby.

DO NOT be ashamed of turning your infant’s car seat forward-facing when they meet the seat’s suggested weight. They do not have to rear-face until they are five. Even if someone on Facebook said you don’t love your baby and want them to die.

DO be ashamed if you don’t put them in a carseat at all. Bad idea.

DO NOT be ashamed of letting your child watch PBS. There are things on there that will help them learn the alphabet, numbers, sharing, and unnecessary oil painting techniques.

DO be ashamed if you let them watch Caillou. No one should be watching that show. Ever. Kids need literally no encouragement for whining.

DO NOT be ashamed of giving your toddler Benadryl because their nose is just a little bit runny and you know it will help them sleep. Sleep is important.

DO be ashamed of giving them a shot of rum. That’s actually abuse.

DO NOT be ashamed of skipping bath night. They don’t smell that bad, and dirt is basically a protective coating. There are a lot of germs out there, folks. (Alternatively, you can throw them in a pool, which is basically a bath.)

DO be ashamed of not giving your kids a bath until plants are growing out of their ears. While this could be considered a new radical form of free-range parenting, dandelions will probably just interfere with hearing (totally fine if it’s kale in there, though).

DO NOT be ashamed to use either cloth or disposable diapers. In the end, it’s all full of shit.

DO be ashamed if you are doing elimination communication and your toddler keeps pooping on your neighbor’s floor. Rude.

DO NOT be ashamed if you can never really find time to read a bedtime story.

DO be ashamed if the bedtime story you ultimately choose is Stephen King’s Carrie. That shit is terrifying.

DO NOT be ashamed if you bought your kids a large McDonald’s French fry. There are potatoes in there. Probably. Not everything can be GMO-free and infused with chia seeds.

DO be ashamed if you only feed them kale. That’s just cruel.

The day-to-day decisions in parenting aren’t usually hills worth dying on (I think that’s a war reference, which is pretty applicable). The mom judging you? She probably just hasn’t yet had to drive two hours with a screaming rear-facing toddler.

If you like this article, please share it! Your clicks keep us alive!
Tags
#noshameparenting
parenting
motherhood
cloth diapers