Trauma Broke Me Into Parts, But I Found Wholeness Through IFS Therapy 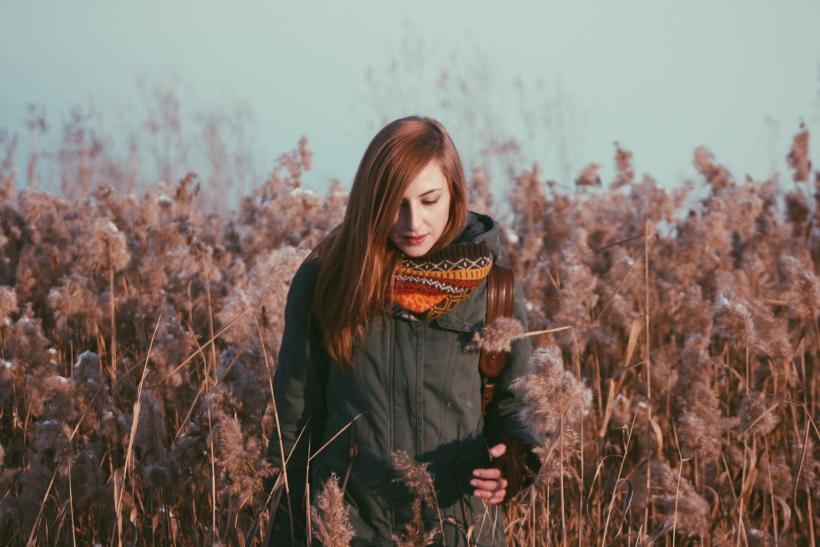 My agency and sense of self were so compromised that dissociated parts of me were going through the motions of my life on my behalf.

I vividly remember the first time my therapist talked to me like I was several different people.

Next thing I knew, she was addressing parts of me as if I wasn't even there, thanking them for their participation in the morning’s session. I walked out of the office in a daze, my brain humming. Does my therapist think I have multiple personalities?

As it turned out, she was using the Internal Family Systems model of therapy to address individual “parts” of my system that have become dysfunctional as a result of trauma.

Some of these parts are stuck as young children or teenagers, while others carry individual emotions like worry or anger.

They’re all still parts of my whole — not full-fledged personalities as in dissociative identity disorder — but they are separate enough to take on a life of their own to protect me from harm.

However, they also disrupt my mental health.

Around the time my therapist started addressing my parts, my memory is blurry: I was in a black hole, dissociating in and out of reality. I felt like I was floating through life aimlessly. I had trouble sleeping, trouble waking up.

Dragging myself to the bus to work was a monumental task that required more than five alarms until I rolled groggily out of bed 10 minutes before I had to leave. Even when I was physically at work, I wasn’t really there. I just wanted to go home and lie on the floor.

I repeatedly canceled plans and disappeared into isolation. My mind was full of racing shadows, distress I couldn’t pinpoint or express. I felt like I was in purgatory, neither dead nor alive. I was a walking disaster trying to hold it together enough to keep my job and keep a roof over my head.

But if I didn’t wake up the next morning, I would have been fine with that.

It would have been a relief.

One night I had my window cracked, a lit candle on the windowsill. I was dissociating and self-injuring. I came back to reality, disconcerted to learn I had little awareness of what I had been doing. I had lost track of time, found myself engaging in dangerous behavior, and was scared.

Though it wasn’t the first time this had happened, it was extreme.

I decided I needed help, so I reached out to my therapist.

It was after this emergency session that my therapist started talking about “parts” and IFS. Internal Family Systems asserts each person has a central “Self” at their core with sub-personalities (or “parts”) that each serve a separate function.

In trauma, parts work to protect the Self from injury by taking on difficult memories or feelings and shielding them from the Self. The parts then get stuck in the memories they hold.

These sub-personalities need to be worked with and processed in order to let go of the trauma or difficult memories they carry through trauma processing. The final goal is all parts seamlessly working together.

As a result of sexual abuse, my parts are stuck in “trauma time” and sometimes don’t know what year it is or that the danger I experienced in the past is over.

My parts don’t realize I am safe, and they are still carrying the pain of past trauma as if it belongs in the present.

My agency and sense of self were so compromised that dissociated parts of me were going through the motions of my life on my behalf. I struggled for nearly a decade before landing in front of a therapist who wanted to talk to my parts.

Suddenly, what felt like pure disorder started to organize after all these years. There was power in the process of naming.

Though initially it was disconcerting to be talked to like I was many people, it turns out this was the best way to organize the chaos in my mind. As part of an assignment from my therapist, I was tasked with naming my parts.

For the first time, the childlike Ritual part of me had a name, along with Anger, Functioning, Worthless, and an amorphous blob I wasn’t ready to deal with I called the Shadows. It felt weird to be thinking about my brain this way, but the more I thought about it, the more it made sense.

When I was dissociated at work, Functioning had taken over to make sure my job got done. When I felt rage if a man walked too close to me on the street, Anger took over to protect me from the threat of further abuse. When I started to worry, Ritual took over with OCD-like symptoms to ease the anxiety.

Suddenly, what felt like pure disorder started to organize after all these years. There was power in the process of naming.

Turns out, I wasn’t helpless. I just needed the right language to address what was happening to me, and that ended up being IFS.

As more time passed and my therapist and I worked with my parts, even the Shadows started to clear. I hadn’t been able to identify what I felt when I was likely to self-injure, but now I could identify the overwhelmed feelings likely to cause self-harm.

When I feel overwhelmed, it’s held in parts of me around age 13, when I began to deal with the consequences of being gay, and 17, when the sexual abuse was at its worst.

There are other parts, as well, of all ages. Some are chatty and some are near silent. They all hold different pieces of my trauma and all have a different role in my system. This IFS conceptual framework has brought added stability, order, and comprehension to what previously felt insurmountable.

I haven’t felt suicidal in a long time, and when I do start to feel overwhelmed, I am able to preemptively engage in alternatives such as coloring or reading to help avoid self-harm.

Recovery from trauma is a journey. My parts still cause disruptions and they are not wholly integrated yet; there is more trauma processing work I have to do.

Inevitably, I will have dark moments, but the work I have done with my therapist using IFS has provided what only a year ago seemed both dangerous and unattainable: hope.

I am now standing on a solid foundation, one I will take with me and build on during each phase of my recovery.