Years Of Abuse Have Left Me With C-PTSD: Complex Post-Traumatic Stress Disorder 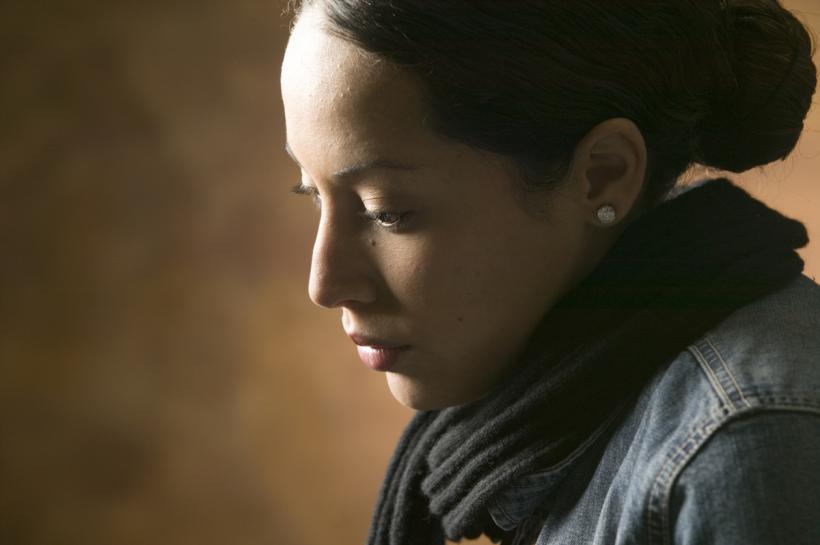 The good news is that a shitty childhood needn’t condemn a person for life.

Over at The Establishment, Elana Kristof wrote a powerful piece about the ambiguity of parental abuse. Describing the slope of abuse as “a slippery one,” she recounts a conversation among her closest female friends in which they cataloged the disturbing experiences she and her friends endured as kids. “It often seems the further you wander from physical, tangible abuse,” Kristof writes, “the more intricate its implications.”

Whereas Kristof doesn’t really go into it, I know those implications well. I thought my problems began in my early twenties.

I've written about these troubles a lot — how, after high school, I had difficulty forming and maintaining relationships. I suffered from a major fear of abandonment, feelings of chronic emptiness, and low self-worth.

As I got older, my behavior grew increasingly erratic. I started drinking alcoholically and acting out sexually.

This conduct grew more aggressive and reckless. At 26, I was diagnosed with Bipolar Disorder. Later, it was suggested I had been suffering from Borderline Personality Disorder.

It took a long time before I found a diagnosis that made sense: C-PTSD.

C-PTSD stands for Complex Post-Traumatic Stress Disorder, also known as Developmental Trauma Disorder (DTD) or complex trauma. It’s a diagnostic term for a set of symptoms resulting from prolonged social or interpersonal stress, especially in the context of interpersonal dependence.

It’s a tricky diagnosis to land on, given the way trauma is dealt with in the mind and by society. Like Kristof, I wouldn’t have told you there was anything wrong with my childhood. It took years of therapy to catalog early life experiences that were profoundly affecting, if not necessarily severe.

We think of trauma as resulting from one terrible incident — something shocking and horrific — but experts say this isn’t always the case. Instead, C-PTSD is the consequence of cumulative trauma — more subtle (though equally injurious) instances of physical, sexual, or emotional abuse.

Cumulative trauma can be caused by neglect or parental disinterest, inconsistency, or emotional unavailability. It can be the result of growing up with a parent who struggles with substance abuse or poor mental health, for example. Being a witness to divorce or experiencing parental abandonment can also result in C-PTSD.

We’re talking about kids suffering from parental abuse, but it’s possible to get PTSD from any psychologically abusive relationship. Basically, trauma is the result of being stuck in a terrifying situation and feeling there is nothing you can do to change what’s going on. That can mean everything from a terrible car accident to a violent marriage to repeatedly feeling helpless and afraid as a child.

Even though the diagnosis was first suggested in the late 90s, C-PTSD is still not included in the DSM-V, and so it’s no wonder it’s not the first thing doctors land on.

In young children, it’s often misdiagnosed as ADHD, whereas adults who’ve experienced acute or cumulative trauma are typically misdiagnosed with a personality disorder, like I was. In my case, I was given medication that didn’t help and, in some cases, made things worse. Some treatments helped control the symptoms, but they didn’t get to the root cause.

There’s a great Ted Talk by Nadine Burke Harris on how childhood trauma affects health across a lifetime. Harris describes the cause of C-PTSD as threats that are so severe or pervasive they literally get under our skin and change our physiology. In other words, trauma literally changes the brain.

Harris talks about the Adverse Childhood Experiences Study, which demonstrates that the more adversity a child has experienced, the worse the health outcomes later in life.

Children with high ACE scores are more likely to develop chronic diseases as adults, as well as social and emotional problems. This includes heart disease, lung cancer, diabetes, and many autoimmune diseases, as well as depression, violence, being a victim of violence, and suicide.

My boyfriend, who had what I’d call a relatively normal childhood, scored a 1. I scored a 6.

The good news is that a shitty childhood needn’t condemn a person for life. I mean, some people walk around with high ACE scores and do remarkably well. A recent New Yorker article talked about how some children develop resilience.

Resilience in children, the essay says, often has to do with luck. Resilient children have a strong bond with a supportive caregiver, parent, teacher, or other mentor-like figure. They also more typically share a set of psychological traits having to do with how they respond to the environment.

“From a young age,” the article notes, “resilient children tended to ‘meet the world on their terms.’ They were autonomous and independent, would seek out new experiences, and had a ‘positive social orientation.’”

If you didn’t develop resilience as a kid, it’s not too late. For me, my life changed thanks to a combination of therapy, narrative therapy, and various 12-step programs, all which helped me reorient to life.

Ultimately, experts say the most integral part of recovery is creating a safe relationship to one’s body. That means becoming safe to feel what we feel.

Bessel van der Kolk, author of The Body Keeps the Score: Brain, Mind, and Body in the Healing of Trauma, describes this as “befriend[ing] your internal experience.”

To do this, he suggests survivors practice body-based techniques such as yoga and meditation. These are situations where you learn to breathe into your body — and feel it — without running away. These techniques have been a part of my recovery.

So has writing and sharing my experience. For me, there’s been nothing more healing than putting words to my experience. It all started by calling trauma what it is.

If you like this article, please share it! Your clicks keep us alive!
Tags
PTSD
C-PTSD
trauma
abuse
Child Abuse
mental health