Dos And Don'ts Of Moving In With Your Significant Other 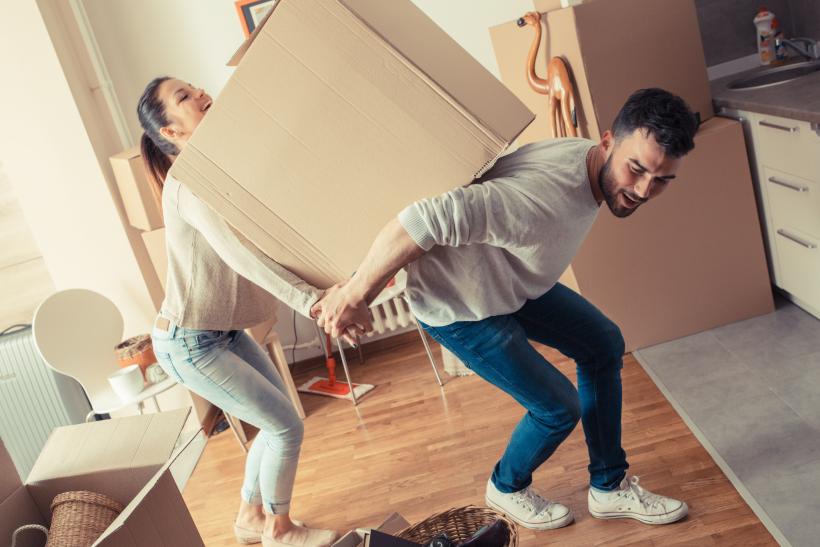 Designated areas? Check. Remembering to get outside? Check. Compromises galore for anyone moving in together? Most definitely.

Having a rent-controlled apartment in New York City is a blessing and a curse. Don’t get me wrong, it’s mostly a blessing — it certainly was for the first ten years or so, when I was single and just starting out as a freelancer. But when my now-husband and I first talked about moving in with one another, there was no question what that would mean. Rather than looking together for an apartment that would reasonably accommodate two grown human beings, my dog, his dog, and his cat, Arran and his entourage would be moving in to my decrepit, shotgun-style one-bedroom, where we’ll be living probably until we are dead (possibly from a murder-suicide, after sharing so small and inhospitable a space).

Having your rent slashed in half is a huge incentive to move in together. Still, as it was recently noted in the New York Times, living with your romantic someone is a big step that takes some consideration. For any couples thinking about moving in together, I thought I’d share my Dos and Don’ts, and how my husband and I are making my small and unattractive (but inexpensive!) apartment work for our family.

Do change it up.

Don’t get me wrong: my apartment was a little shit-hole — there’s no natural light, it’s poorly ventilated, there’s no sink in the bathroom, and in some places the ceiling is literally crumbling. But by the time Arran came on the scene, I had made that shit-hole mine.

The ten years I’d lived there, I’d decked the place out with vintage furniture. Framed artwork hung on the walls. Even the inside of my drawers had a curated feel. I valued my personal space. But more than I wanted an apartment straight from the pages of Good Housekeeping, I needed my partner to feel at home.

So, when Arran first moved in, we made it less “mine” and more “ours.” We put color on the formerly white walls and laid down inexpensive tiles in the kitchen. We sold or gave away some of my beloved objects to make room for his. Some changes, like the yellow wall in the kitchen, were welcome. Others were a compromise.

Arran insisted on bringing his dresser. Sure, it wasn’t as nice as my antique, and it was exactly one inch too wide for the space — a fact that drove me crazy — but we’d already ditched his couch, his kitchen table, his desk. So, he kept the dresser and mine went to the curb. We kept his bedding and kitchen stuff. I gave half of my perfectly good dish-ware to Goodwill. There just wasn’t enough room.

To be fair, Arran made most of the concessions, including the most significant: he had to re-home his cat. Before the move-in, we figured out that my dog Spud was not cat-friendly. Although Arran doesn’t like to admit it, his cat Chloe wasn’t particularly dog-friendly, either. To this day, it’s a sensitive subject, but a necessary sacrifice: everything I read said it would have never worked.

Do have designated areas.

My husband has an orange file cabinet in one corner where he keeps his papers and stuff. I would never even dream of going through it. I don’t even mess with the piles of clutter on top. The top of the dresser in the bedroom is more or less mine, and where I am free to leave out my clutter. We each have our own armoires, and designated places where we put our shoes.

The corner of the couch is his laundry purgatory, where he is free to pile his not-clean-but-not-dirty clothes. There’s a chair where I put mine. We each have our own side of the medicine cabinet. Sometimes this separation is intentional; usually, it just works out that way.

It’s good to have designated areas. At the same time, we keep it loose.

In the beginning, Arran and I fought over what I’d decided was my desk. Being a freelancer who works from home, I’d reasoned that this was space I needed.

But my husband didn’t have a desk because I’d made him get rid of it, and there was no reason — when I wasn’t using it —  that we couldn’t share mine. In the last three years, we’ve learned to negotiate space, and share. We’ve also learned sometimes it’s better to just get out of the other’s face.

Our home is more than the four walls that surround us: it’s our fire escape, our stoop, our block. It’s the park three blocks away. Our favorite brunch spot. It’s the grocery store, and the gym. Living together in a tiny one-bedroom, we’ve learned to take advantage of third spaces in our neighborhood.

When Arran and I are bickering, or I just need a little alone time — or sense that he might — I hightail it out of there for a run. When the apartment feels too small and stinky for the both of us, we’ll take the dogs for a walk. I’ll sometimes take my work to a local cafe, especially if Arran’s also working from home that day.

If it were up to me, I would spend most non-working, waking hours sitting on the couch, but Arran’s pretty good about motivating us to put down the Netflix and go out to eat. With the money that we save on rent, we can afford it.

If you like this article, please share it! Your clicks keep us alive!
Tags
marriage
co-habitating
partnering
living together
moving
moving in 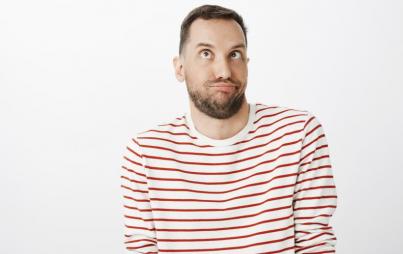 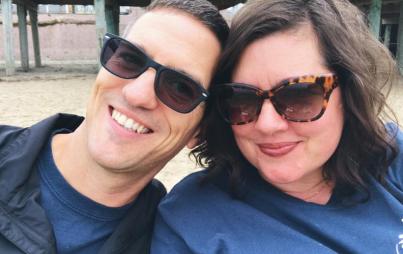 I’m Not The Person My Husband Married