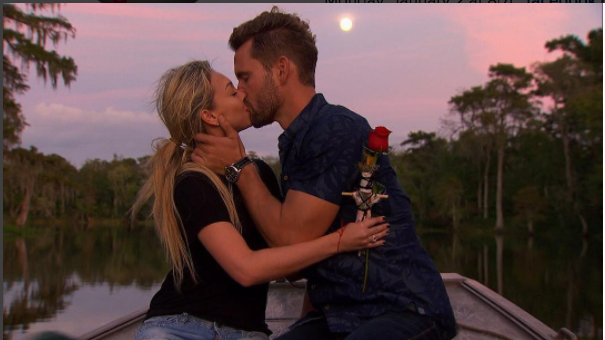 Television has been a pulpit since its invention. And pop culture is like religion in that it can create and govern belief. That's why watching The Bachelor, with one eye on Twitter, feels like a window into America's soul. And that soul is at war with itself.

The Bachelor partnered with Disney's live-action Beauty and the Beast this week, and the result was pure simpatico. Both stories obsess over candelabra, egomania and the extraordinary power of roses. The mash-up also forced the question: is Nick more of a Beast or a Gaston? At one point the bachelor grabbed up an alligator head, held it to his own face and told the lovable Rachel that he was going to eat her.

The supporting players in the upcoming film, Josh Gad (who voiced Olaf) and Luke Evans (who stars as the Chad-like beefcake Gaston) sat fireside in a gilded parlor and talked about a "cursed prince" and loving love and this special "enchanted" episode (that was confirmed via the inclusion of child ghosts and voodoo). I doubt Luke Evans has ever watched The Bachelor. But Gad was more than happy to do his shtick, which involved a cheeky mockery that out-Harrison's Chris Harrison himself.

This was a titan episode that centered on women of color whilst caravanning between a Waukesha barn and New Orleans — with stops at a swamp and a haunted plantation (is there any other kind?).

The episode began in medias res:

Like an anthropological camera dove into a microcosm of our nation, we were forced to listen to the kind of debate that is so familiar these days when you confer on political policy with your Trump uncle:

What is a lie? Does it even exist?

Two women sat debating knowledge itself, as we all are these days.

On one side of the bonfire sat white girl Corinne, the self-proclaimed Trumpian Woman-Toddler of “Make America Corinne Again” fame (#MACA!). On the other side, we have Taylor, a biracial woman with a master’s degree, a vocabulary, a train of thought, and an allegiance to emotional and other forms of intelligence.

Just the kinds of traits that make Corinne teeter and implode. She finds Taylor condescending, a “dumb bitch,” gross, and the key word: Nasty!

"She's a nasty woman." Where have we heard that before?

Nick responds to Taylor much like Trump and his cohort do when confronted with a talking woman — plenty of annoyance and discomfort.

Taylor is just the kind of woman to don a pussy hat and exhaustively explain facts to knuckle-draggers. Again!

Corinne’s views on facts align perfectly with the president and his collection of irate defenders. She pulls out that familiar slur and calls Taylor "entitled." She did not whip out its partner "elite," but Taylor keeps making mention of her master's degree, so I wouldn't be surprised if we heard it soon.

A note to Taylor, given today's political climate: education doesn't matter. Don't talk about it. Science is dead. Who needs a "mental health counselor" when malignant narcissism is the new normal? Back off.

Taylor voiced all the frustration of your average liberal these days.

She called the convo "unproductive" and "frustrating," and further remarked that it "didn't make any sense."

The Bachelor has often resembled just such a Toon Town — a surrealist landscape where clocks and facts melt.

Soon, all the women were herded into an open-air barn. Most were forced to don coats over their wispy gowns, but they still shivered in the night. Predictably, the production designers dragged in hundreds of votives, draped greenery, and Pinterested the hay bales into submission. It would be the perfect setpiece for a summer night, but everyone's white breath emerged as they icily accepted their roses.

Astrid and Sarah were cut loose in what they mistook for great misfortune.

Rachel received the first impression rose on night one but has been pushed to the sidelines ever since.

Why didn't Nick drag her around Hometown Wisconsin to soccer fields and bakeries and run-ins with his exes? She and the few other bachelorettes with brown faces and non-white ethnicity might've stood out too much in little Wausheka, which is two percent African-American and one million percent white privilege enclave.

Did Nick or the producers decide that it made more sense to roll out the Rachel date on the streets of New Orleans amidst a mostly black marching band? Ponder, but not too hard, on that one.

Someone handed Nick a white parasol and Rachel a black one to underline the point that they are: Interracial Dating.

Which is a huge deal since The Bachelor is known for its extreme whiteness and bleachable moments and constant casting of white leads (unless you count the blonde and rakish Juan Pablo who fulfilled stereotypes about the dangers of Latin men).

Rachel is a lawyer. I still don't know what Nick "is" other than Bachelor Fixture. He clearly has a future as a "TV personality" (aka POTUS,) but for now he doesn't seem like he'll have much to tell Rachel's Federal Judge Dad about his career plans other than "Dancing with the Stars, probably."

Weirdly, the producers secure an enormous parade float garage for Rachel and Nick's dinner date, so the couple gets to bond surrounded by giant jester heads and freaky jack-in-the-box aesthetics.

If the show really wants to partner with Beauty and the Beast then why don't all the long-tongued float creatures bust out with "Be our Guest?" Nothing comes to life except the "explosive," "electrifying" energy between Nick and Rachel.

It's a dream-like carnivale. New Orleans and its street parades have long been about upending conventions and reveling in parties and all things taboo.

Nick loves Rachel because she's smart and sexy — which I hope isn't exciting because he finds it so rare. #RachelforBachelorette2017

Let's Do A Group-Date at an Icon of Slavery: The Plantation

The best way to revisit the bad parts in American history is to tour a plantation. The group date takes place on the set of The Skeleton Key where the women get served a bunch of mint juleps and subsequently creeped out by a ghost whisperer named Boo.

Nick sits on an antique settee adorned with a carved eagle that appears perched on his shoulder. This is the way the "richest people in the world" used to decorate their houses. You know they were slave owners in 1828 in Louisiana. But Boo doesn't go there.

Instead, he summons some "white lady tears" and tells the story of May — an eight-year-old blonde child who loved dolls and running around the big estate.

"Yellow fever," says Boo. He doesn't mention how the disease spread to the U.S. via the slave trade. No one mentions slavery at all, and we don't tour the quarters or linger on such details. Instead, we check out May's doll collection and focus on white people. It is predictably macabre.

Time to pull out the Ouija board.

The producers frame the lone dissenter of the proceedings as Jasmine G., one of the remaining black women. She doesn't have any patience for "Molly" or "Megan" or "May" (or Becky) or any of this other ghost nonsense. In contrast, Vanessa and Raven and Danielle and some of the other white women decide that they feel a "presence." Almost a freakin' blessing.

The Ouija board seems to "choose" Danielle as the date rose recipient. Presumably, because she lit a candle and stared into an ornate mirror and called up the spirit of the little slave-owning rich girl. Yeah, plantations are cool.

Meanwhile, “May” scares the bejesus out of Jasmine because she touched one of her hats.

Nick thinks of May as just another woman who he needs to manage. Which seems creepily pedophilic until math reveals that this kid is more like 185 if she's aged at the normal rate since her child death in 1840.

Two-on-one dates are naturally gladiatorial, but they're also reminiscent of big two party elections. Corinne and Taylor represent the divide between red and blue. Taylor is "analytical" while Corinne uses the term "intelligency." Corinne explicitly tells the camera "no votes for Taylor," and utters the most perfect line in American pop cultural recent history: "Make America Corinne Again." No worries, Corinne. We are so there.

Taylor meditates and does aromatherapy. Corinne orders more room service than she can possibly consume. Healthy competition is considered awesome for capitalism. Republicans like to claim that if health care could get more "free market" and if public schools had to compete with each other like Lyft and Uber, then kids would "win."

The Bachelor proves that this type of competition is bad for women, but we go through the motions anyway.

Pirate guy pulls his motorboat over to what at first seems like the setting for Beyonce's Lemonade. This magic should shut Corinne down. Right? No.

The sight of a bunch of priestesses dancing (most of them women of color) somehow emboldens Corinne to tell some lies about being a victim. About being "bullied."

The news of the white woman who lied about Emmett Till (she finally admitted what was always obvious) broke this week. When blonde women lie (I'm looking at you, Kellyanne Conway!) the masses tend to believe them.

Nick believes Corinne, who he regards as a human beignet. Even after Taylor's reliable debunking.

Taylor's ousted for telling the truth. This moment was almost simultaneous to the other ousted truth-teller last night. Sally Yates and The Bachelor both trended. The two political forces seem separate, but there has never really been a separation of church and state in America. Ardent faith in one’s own belief system rules more than ever
these days

The pirate boat captain motors Nick and Corinne away through the swamp.

Taylor remains with the priestesses who apparently cleanse away toxicity. She emerges as at least one force for truth on her way to a confrontation. To upset Nick. Yas! To rouse him from complicity?

Can a white man be saved? Does it even matter?

Either way, women of color rule this episode. Finally.

If you like this article, please share it! Your clicks keep us alive!
Tags
#TheBachelor
#BachNation
Nick Viall
Corinne
Make America Corinne Again 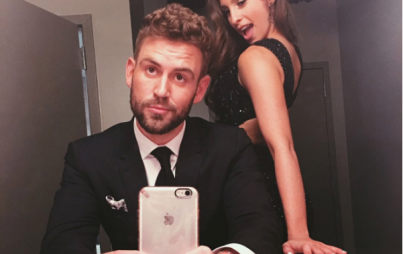 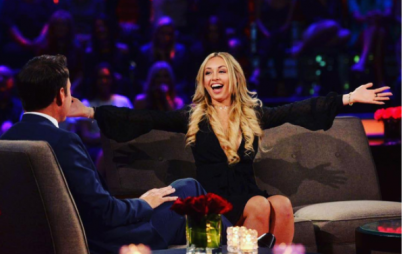 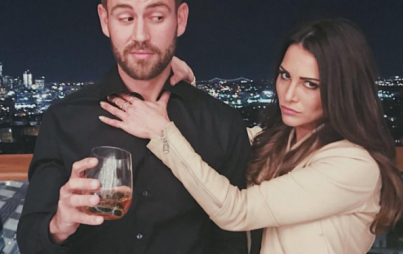 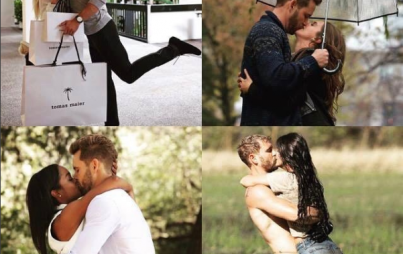 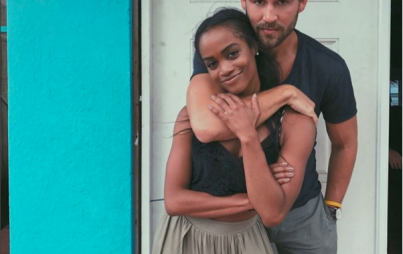 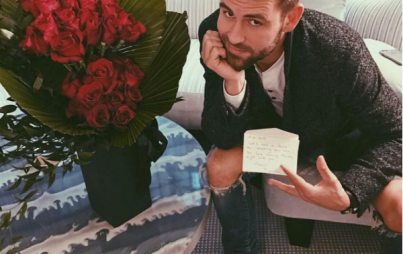 The Bachelor: Rose Rage, Racism In Reality, & The Nickpocalypse