Why I Avoid "Relationship Goals" (And Why You Should, Too) 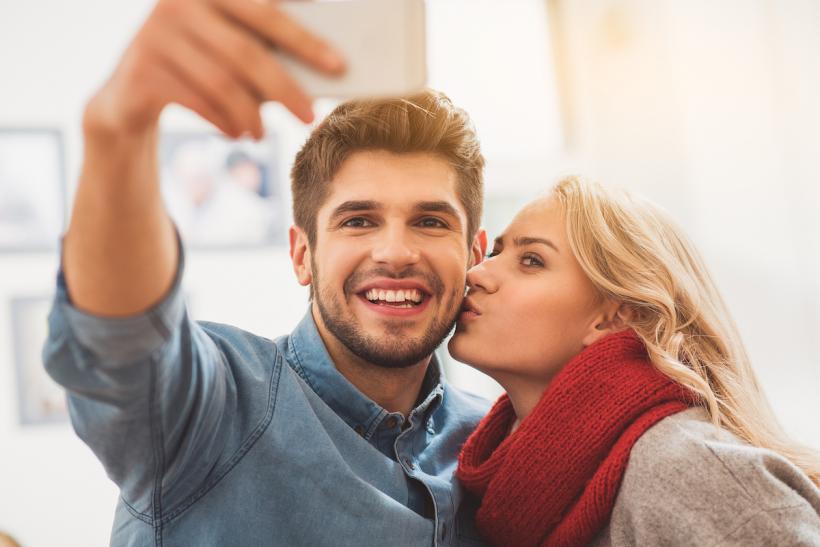 Keep in mind that social media may show you happy portraits of all kinds of couples, but cuts out their struggles and daily interactions.

I'm so tired of hearing about these nauseating “goals.” Society has become so consumed by “relationship goals” that they’ve completely lost sight of the goals that matter, like short-term goals, long-term goals, career goals, travel goals, life goals, personal goals, and the like. Many people nowadays are dreaming of a relationship that would make their friends drop the green-eyed monster in the guise of a heart-eyed emoji on, but not me. All of these so-called "relationship goals" might seem cute and innocent at first glance, but can be quite destructive seeing how comparison is a silent killer.

Idolizing some other couple’s stories and photos could ruin what you have going on in your own love life. "Why isn't he kissing me every time I do a sit-up like this guy is doing to his girl?" you think to yourself, as you pout over your smart-phone. Well, maybe your boyfriend doesn’t do that because he isn't putting on a show. You could have the real deal, and not even realize it because you're too busy replaying some Instagram boomerang.

The dude kissing the girl every time she does a sit-up could be abusive behind closed doors, or a cheater. We don't know, but what we do know is what she's showing us: that she's getting kissed as she exercises. Licensed marriage therapist, Alisa Ruby Bash, reveals that “thanks to social media, we all see glimpses of other people's lives — or what they choose to share — and then project and imagine the full story.”

In this way, looking at digital relationships can ultimately harm our real connections.

“By focusing on the "haves" (others), we make ourselves into the "have nots." We can become very jealous, hostile, and resentful at all of the things our partner does not do, instead of valuing what they do bring to the table," Bash says.

To prevent this, keep in mind that social media may show you happy portraits of all kinds of couples, but cuts out their struggles and daily interactions. "Relationship goals" are also detrimental when you're single because you might subconsciously set unachievable standards for your future boo that might not be realistic.

Looking up to celebrity couples does the same damage. A lot of the time, those in the limelight are actors and actresses, so they're naturally good at acting for the cameras. 99.99% of the time a couple’s struggle is not posted on Instagram; instead, it’s shoved under the rug. If you were to pull that relationship out from the screen, it might look very different in real life because in reality, having a partner looks a lot less glossy, and more like hard work.

When you have a partner, it's like they've handed you their feelings in the Hasbro game, Operation. Some moves you make will hurt your partner, and he or she lets you know, not with a buzzer, but with body language and attitude. Making mistakes in relationships is normal, we're all human and learning, but the point of being in a couple is to make an effort — to try your very best to figure out how to make the damage you inflicted better.

This effort is the backbone to love.

The quiet, subtle moments of loyalty, dedication, and effort make love what it is, NOT the cute Eskimo kisses, flowers, and glamorized #mcm posts.

Authentic love is messy, real, imperfect, and even sometimes nonlinear, and not all forms are built for social media. A lot of guys can be self-conscious (just like women) and don't always like being featured in selfies, or pictures at all — which is fine. Instagram and all of these apps make it seem odd to be this way. But forcing your man to do something he’s uncomfortable with could be the match that ignites a fight or the root of resentment for something pretty damn silly. Besides, you should want to protect your love, not wave it around like a flag; flags get stolen and torn — and so can love if you're not careful with it. After all, what's the point of adorable faux pics if they might illicit a breakup where they're all going to wind up being deleted anyways?

Be cautious when crying over pictures of couples, wishing your boyfriend or girlfriend was more like what you see on a screen, because what you're seeing could just be a mirage of love, and nothing more than an illusion. Instead of grabbing at fairytale goals from the Internet, you should be mapping out achievable goals with your partner like buying a house, setting up a vacation destination, and supporting each other's dreams. You want someone who will be there for you for the tough stuff, like holding your hand while in labor, or comforting you when you get laid off — the real stuff. The real stuff is the goal.