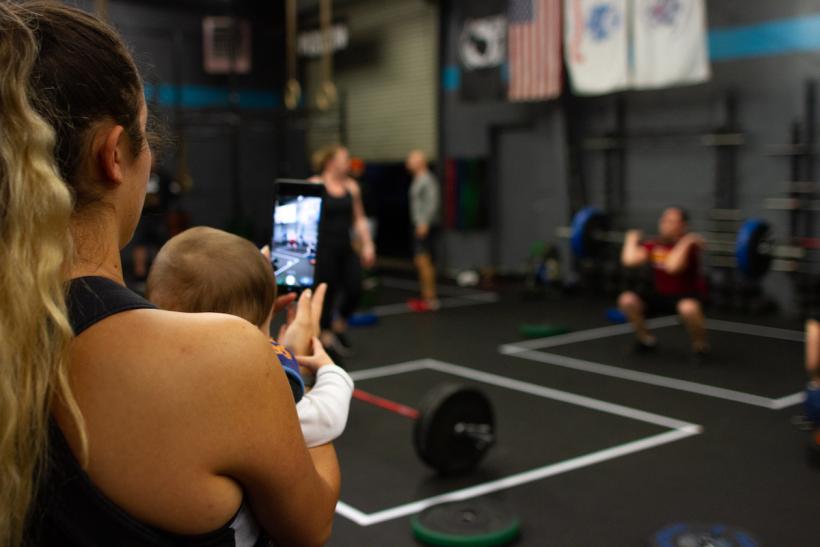 Photo by LJ Lara on Unsplash

Since social media took over the world, it’s become inextricable from the way many of us parent — and also from the way we judge each other’s parenting. “They come up with great hashtags,” said a friend in admiration, about another friend whose child’s online presence is so adorable it must be painstakingly curated.

There are parents who put a lot of thought into how their children show up online, with perfect photos and inspirational quotes, the ones who make parenting into a brand, or whose children have brands of their own. These are parents with better marketing instincts than mine, able to render the minutiae of life with children fascinating to strangers. Or, to put it another way, shameless over-sharers.

We’re always hardest on people who give into our own worst impulses, and I see my own shadow in those parents.

I’m an over-sharer too. I try to strike a balance between my own needs and my children’s privacy, since they’re too young to give meaningful consent about sharing information that is rightfully theirs. Identifiable photos of my kids stay on one friends-locked account, which offers important protection, though I know that doesn’t shield them from facial recognition software and surveillance issues. I write about parenting, but I don’t use my kids’ names, and the stories I share are primarily about me, not them.

There is an anecdote from my childhood that my parents and aunts and uncles share as though it is hilarious. I hate it with a passion. Every time anyone hints at it, I am swallowed up by a leviathan of shame. I think about what it would be like if that story showed up on search engines, and I try not to do that to my children.

Though I am not a professional over-sharer, I am definitely the amateur kind, which might be even worse.

The kind that gets made fun of on STFU Parents (or did, may it rest in peace). I have never actually shared a detailed story about potty training or a blow-by-blow of a tantrum on social media, but I’ve gotten all the way to “finger hovering over the share button” before clicking delete instead.

Why do parents overshare? Sure, if you’re trying to make your kid YouTube famous so their advertisers can pay for your retirement home, that’s easy to grok. But why spill the gory details of a diaper blowout or a bedtime screaming fit to your Facebook friends who have enough problems of their own, thank you very much?

Because parents are really f*cking lonely and often don’t have anyone to talk to. That’s why.

I’m a stay-at-home parent and there are whole days when I don’t talk to another adult human in the nine hours my partner is at work. Days given over to the intricacies of bottle feeding and diaper rash. I know that it’s not fascinating. But sometimes I just want to scream because I’m so bored and isolated, and at those moments I know that a photo of my kids holding hands will get at least a few comments about how cute they are, and that will be some human contact in my day.

At the end of 2018 I looked back on everything I had accomplished during the year and the list was much shorter than I would have liked. The biggest reason: potty training my child. For months of my life it was my biggest project, draining the energy I would otherwise have liked to spend on writing a new book proposal or getting caught up on TV. It required staying in the house for long stretches of days, just me and a toddler — a toddler frustrated with trying to learn a new skill, angry with me for making her, and struggling to express her emotions. Long days dissolved into tears, loads and loads of extra laundry, and then when the triumphs came, the rare moments of success and the glimmering of maybe I’m not completely failing at this after all, I’d remember that oversharing is gauche and no one wants to hear about this.

Isolation begets isolation. The more I stay home with my children, the more I become overwhelmed by my parenting responsibilities, cancel or turn down plans with friends, miss phone calls and emails, the more impossible it feels to reach out. So many times I’ve opened my phone thinking I’d text a friend about whatever I was struggling with that day — a child’s stomach ache or tantrums or a battle of the wills over naptime — only to see a text from three days earlier I’d forgotten to answer. Then I feel ashamed and put the phone away, unable to deal with typing out apologies and explanations for my radio silence before I can get to the part where, if you have a minute, I’m maybe kind of losing my mind.

Parenting is lonely, especially being a stay-at-home parent, though I know from my partner that parents who work outside the home struggle with isolation in a different way.

As a society, we make it harder by insisting that the work of parenting should be invisible.

We don’t say “children should be seen and not heard” much these days, but plenty of people still believe it. Post a cute picture of your toddler on Instagram, get dozens of likes. Mention that you were up in the middle of the night washing vomit out of her hair? No one wants to see that. “I haven’t muted you yet, but I’m probably going to,” a friend said when my daughter was a few months old.

This is the crux, the hard knot I can’t undo: Everyone wants to share and be understood, but who wants to understand parenting if they’re not already a parent? Who craves stories of monotony and irritation, occasionally punctuated by bodily mess? Who, to put it very bluntly, cares?

I’m afraid the answer might be no one, but I open Facebook and it asks “what’s on your mind?” and I am so tempted to reply honestly, because it might be the only time all day someone besides my spouse asks me this question. Social media is, if nothing else, a conveniently located void for screaming into. Your parent friends know we’re boring, trust me, but sometimes we just need someone to look into the delirious tedium of our lives and say, I see you. I know you’re still in there, and I’ll be here when you make it out.