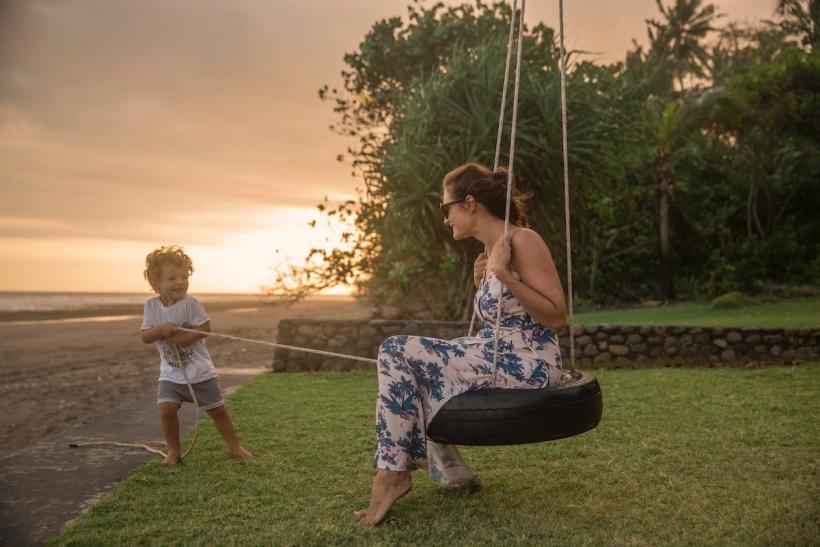 Photo by Johnny Cohen on Unsplash

Last year, in response to an influx of memoirs about ambivalent motherhood, Katie Heaney wrote, “Because I am a gay woman, I will not be able to have a baby without wanting one desperately and consistently.” This is a common refrain: Infertile or reproductively incompatible couples are never lukewarm about having children, because we can’t afford to be.

It’s true that the road my spouse and I took to his first pregnancy was daunting, expensive, and full of obstacles. We spent more than a year on artificial insemination, at home and at a doctor’s office, with and without ovulation-stimulating drugs, burning through our scant savings in the process, before we finally took out a loan to pay for a round of IVF. There were injections, changes in diet, several interstate trips (because IVF costs less in Arizona), and incalculable small moments of disappointment, inconvenience, indignity, and exhaustion.

Why would anyone go through all that without being a hundred and crazy percent sure they want to be parents? But the thing is, I did.

When we first started trying to have a baby, I was not at all certain I was ready. I was just out of grad school, tenuously employed as a community college adjunct, and my best friend had died unexpectedly less than a year earlier. I couldn’t get my poetry manuscript published, and my free-time-to-intellectual-energy ratio was so skewed I read all five Game of Thrones books in one year. I was completely lost  — the kind of lost where you give up trying to find your way and just sit down where you are, waiting for someone to stumble across you.

I didn’t have any idea how I would keep a child alive. I barely knew how I was keeping myself alive. I had never planned to have children until my partner suggested it; I agreed because I loved him, and knew he would be a good parent, and I couldn’t at that moment think of anything in particular I would rather do. And because he was willing to be the one who gave birth. But I wasn’t certain. I didn’t have an internal lighthouse telling me this was the right direction for my life to take.

Over the months of trying, my hesitant assent alchemized into longing. The more we didn’t have a baby, the more I wanted one. It wasn’t so much that I resolved my qualms about my own readiness to parent as that I shouldered them impatiently aside. Being ignored by a labyrinth of medical providers who saw my partner as little more than a malfunctioning incubator, and me as a wholly ancillary and baffling presence, made me think of myself more and more as a mother — a frustrated, longing, would-be mother. The love I knew I could offer our baby swelled up, eager to prove itself. I began to understand that anything worth fighting for must be worth having.

When my partner got his first positive pregnancy test, I burst into tears of joy while at the same time, something in my chest froze solid with fear. What if something went wrong? I kept waiting for the day I would relax. I thought I would start to feel less superstitious, less terrified of jinxing everything, at some precise point, when some threshold was crossed: the end of the first trimester, or date at which the fetus was presumed viable, or when our daughter was born. I’m still waiting, I suppose, but only in the way I’m still waiting for Queen Latifah to come out. It would be wonderful but I don’t ever expect it to actually happen.

I love stories about pregnancy, and stories about parenting. I’m so glad the memoir genre is making room for mothers — at least some mothers — to share the unglamorous truth about their lives, from postpartum depression to clogged ducts to brutal sleep deprivation. There are more and more stories these days, more and more voices exposing the lie of the perfect mother or the unerring maternal instinct. Women are showing the seams and scars and bouts of despair. And it’s beautiful, but it’s also limited.

The latitude to be an ambivalent or unsuccessful parent is granted only sparsely, only to a few.

As Nancy Reddy observed last year in an essay for Electric Lit, “If a woman of color declares herself a bad mother, there’s a very real risk that the state might just believe her.” The threat of state violence is used to police what poor women and women of color can say about parenting, how much grace they are offered for their mistakes.

For queer parents like me, meanwhile — although I know that my whiteness and my class affords me a degree of protection from scrutiny and interference — the threat of being deemed an illegitimate parent also serves to silence any discussion of mixed feelings.

It’s hard to talk about our mistakes and doubts in a homophobic and transphobic culture ready to pounce on any perceived flaw.

We’re not even a generation removed from a time when being LGBTQ was reason enough to lose parental custody, so admitting any failings feels like passing information to the enemy.

The task of raising children demands the impossible: You must protect them from harm while also teaching them bravery, resilience, and strength. No one is successful at it all the time. To me — an anxious person by nature — parenting often seems like an exploration of all the different ways there are to be afraid. Every day, I fear I’m not the parent my children need and deserve. I fear they will remember all my worst moments: the time I shouted; the time I closed my daughter’s finger in the door; the time I said fuck; all the other times I said fuck. When I didn’t listen. When I forgot. When I wasn’t there.

Parents have to strive despite our knowledge that we will fail. Living with this cognitive dissonance is one of the hardest lessons of parenting, and one we can only embrace if we talk about our lives with all the doubt, nuance, and contradiction they actually encompass. I am not a good enough mother, and at the same time, I am the best mother my children could possibly have.

If you like this article, please share it! Your clicks keep us alive!
Tags
queer parents
infertility
ivf
LGBQTIA
parenthood
motherhood