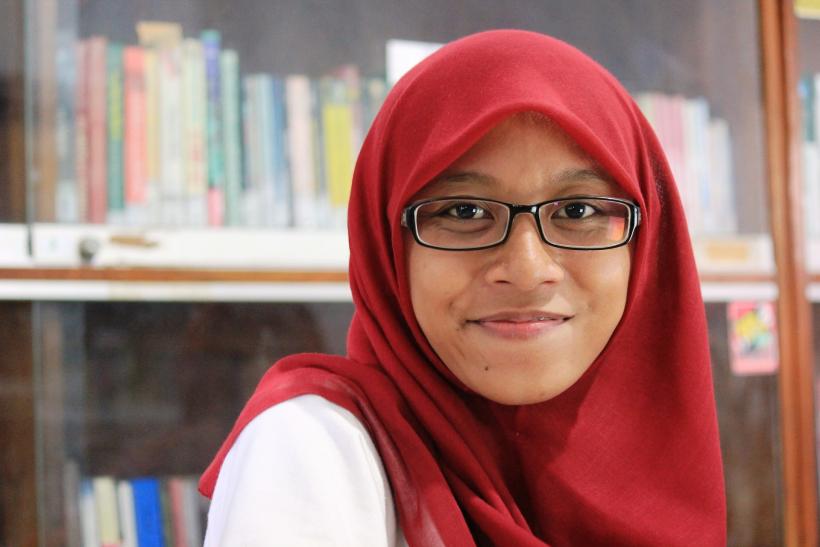 A program that helps boys understand the natural reality of having a period.

We all know that menstrual periods are perfectly natural, and it’s the cycle of nature, and isn’t the reproductive system amazing, and blah blah blah. But we also know that periods can be a giant pain in the ass and can turn one week out of every month into a big, whopping inconvenience.

And that’s here in the United States, with plentiful running water, sufficient toilet facilities, and a whole aisle at Target offering different menstrual supplies for all your period needs.

Now imagine you’re a young woman having a period and trying to go to school in a facility with only one toilet for every 100 students. And you may have inadequate sanitary supplies for taking care of your period. And your clothes end up stained because of your period. And then boys in your school start giving you a hard time about the stains that you can’t help because you have your freakin’ period and that’s just how it goes.

That’s the case for many young women in Indonesia. However, UNICEF is trying to change some of the issues girls face when they have their periods through education.

Education… of boys. About menstruation.

A UNICEF team in Indonesia was doing research to find out what happened when girls started getting periods and how it affected their ability to go to school. In a survey of over 1,000 girls, the team found that cruel or thoughtless remarks from male classmates was a big concern for girls. So UNICEF, as well as students, teachers, and parents, started developing an innovative solution: a comic book to teach boys what menstruation is so they understand what’s going on with their menstruating peers.

The books isn’t just for boys, however. If you flip it over, it becomes a guide for girls about their own biological process during menstruation, how to use sanitary pads, and an addressing of some regional myths about what you should or shouldn’t do during your period.

UNICEF is doing an initial print run of 3,500 copies of the comic, and the Indonesian ministries for health and education will print an additional 35,000 copies. The kids who have gotten a chance to see the preliminary drafts have responded really well. According to NPR:

A little knowledge breeds a lot of compassion. And while compassion won’t stop menstrual cramps, it will make going to school with your period a little easier for girls in Indonesia.