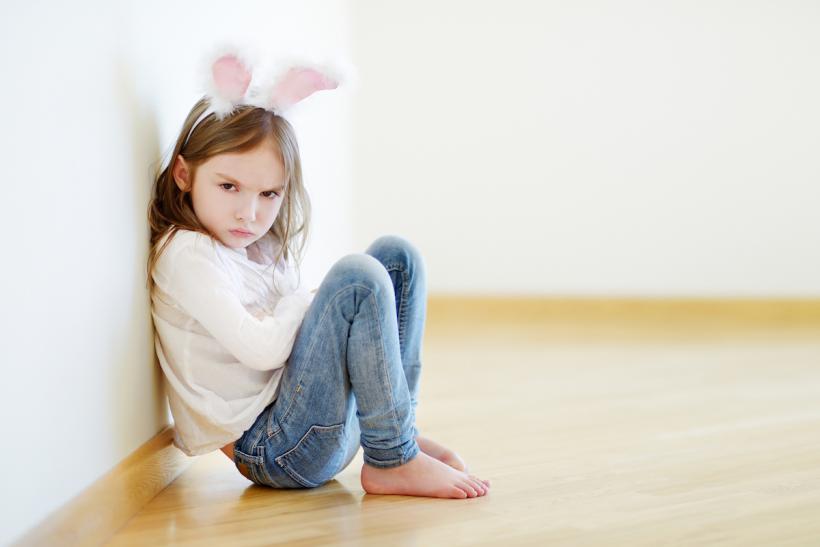 Chances are, you actually DON'T know how to raise their kid better than they do.

No, really. I was so not equipped for parenting at age 20. I wasn’t even equipped for adulting, much less adulting another person into personhood. But I did it anyway.

My first child, Kelsey, was probably the most difficult baby in the history of babies (but that might also be because I had approximately zero patience when I was 20). Regardless, she started crying when she was a few weeks old and didn’t stop until she was one. Ok, maybe she was like 10 months old — the point is, she cried a LOT.

She cried so much that I thought that one or both of us might not survive her infancy. But we did!

Infancy gave way to toddlerhood and she went from nightmare baby to dream child. For all the crying she did in her first year of life, she equaled in sweetness in years two and three. I mean really, just perfection. She slept in her bed. She ate her veggies. She listened when I said “no.” She sat quietly in church. What child sits quietly in church? NO CHILD.

Jenni was not an easy toddler.

When I say “Jenni was not an easy toddler,” what I mean is “Jenni could make herself vomit on demand.” (Demand being pretty much anytime she didn’t want to do anything.) Jenni asked one hundred million questions. Jenni wouldn’t take a bath because she was afraid she’d go down the drain. Jenni wouldn’t stay in bed. Jenni wouldn’t do any damn thing she didn’t damn well want to do.

(Jenni, I know you're reading this and I love you.)

When I was fully pregnant with my second child, her family came to visit. Jenni was almost two, and she is how I learned the Terrible Twos are a Real Thing. Jenni wouldn’t share. Jenni wouldn’t stay in in bed. She wouldn't go to sleep. She needed 17 drinks of water and two more Oreos and three nightlights and another blanket because “I DON’T LIKE THIS ONE.” She wouldn’t bathe. She wouldn’t let us wash her hair.

And this is when it happened, this is when I said the thing no parent should EVER say (even silently to yourself, do not even THINK it):

“If Jenni were my child, she wouldn’t act like that.”

And then, on Jenni’s second birthday, my second child was born.

I know you’re probably not supposed to call kids horrible, but just trust me, he was actually horrible.

Sean was 9 pounds with a lazy latch and a perpetual scowl, but he wasn’t really a hard baby. He got pneumonia when he was 8 months old and we sat in a rocking chair for four days — that was about as difficult a baby as he was.

Then Sean turned one and turned into Jenni.

And the universe gave me my first official slap right in my gosh dang self-righteous face.

This is how it went:

Me: I am such a good parent OHMYGOD. I have figured this ALL out. Look at me being a Professional Parent. I am so good at this, I should give parenting lessons.

Sean was to toddlerhood what Kelsey was to infancy, only exponentially more horrible. I know you’re probably not supposed to call kids horrible, but just trust me, he was actually horrible.

Sean wouldn’t stay in his bed. Sean would only drink Ovaltine, and only at about 5 am. Sean had ONE blanket and that was the ONLY acceptable blanket. Sean threw tantrums that rivaled any case of Nanny 911 bullshit. He wouldn’t share. He wouldn’t nap. He wouldn’t do any damn thing he damn well didn’t want to do.

By the time he was two, I was ready to give him to my sister-in-law. “Take this. You know what to do with it. I am NOT EQUIPPED FOR THIS LEVEL OF DIFFICULTY. Please. Help.”

Sean was a lesson in humility.

He was also a lesson in patience, skill, and sanity.

Sean was (and is) an incredible gift. Not just because the face slap taught me not to run my damn mouth, but also because he taught me that the love you feel as a parent runs deep enough to envelop even the most ludicrous behavior, even when your child is a total shit.

Sean and Jenni both maintained their status as a Spirited Child well into adolescence. And I eventually had to admit to Jenni’s mom that I didn’t know Jack Shit about parenting.

They are both adults now — 18 and 20, spaced exactly two years apart — so we don’t call them “spirited” anymore. Now they are determined, smart, sassy, driven, awesome.

The funny thing about the face slap that the universe gave me is this: Sean is just like me. I don’t know how many times I threw myself on the filthy floor of the grocery store, but I know I must not have been an easy kid — just like I’m not an easy adult. Sean isn’t an easy adult either, but he sure is an amazing one.

If you like this article, please share it! Your clicks keep us alive!
Tags
parenting
lessons
universe
spirited child
colic
Kids
Children