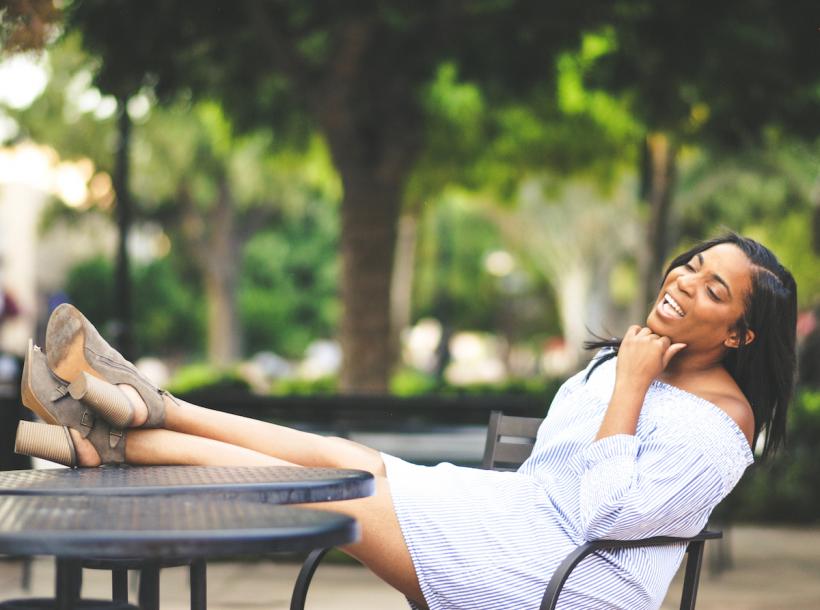 It has been a while since I’ve have been in the dating scene. In many ways, I feel a little lost,  like I woke up from a coma and several years have passed. Where am I? How has society changed? What is this thing I called a dating app?

On the plus side, I am entering back into the dating world at a fantastic time in a person's life. I’m in my 30’s and I’m a grown ass woman! I’ve had the Prince Charming, the ring, and the kid and I’m now looking for a life partner. I have quickly learned though that not only have the rules changed, I have changed as a person. Dating in my 30’s is not like dating in my 20’s in several ways.

1. The rules have definitely changed.

In my teens and 20’s, if I liked a guy and they asked me out, we went on a few dates, they became my boyfriend, and then we dated until we either broke up or we ended up married. It was a simple one lane pathway. In my 30’s, the rules have changed — half due to changes in cultural norms and the other half due to the fact my dating destination has evolved.

Am I dating, hanging out, friends with benefits, in a situationship, committed, or my favorite “why do we need labels?” Does he pay on the first date, do I, or do we split the bill? Do I text him or call him? Do people still have “the talk?" At all stages of my dating journey, I have learned and became very comfortable with communicating my needs and what I was looking for. This helps to make sure that my person of interest and I are playing by the same rules.

2. I'm an independent woman, but I still don't want to pay for dinner.

I used to do the fake reach. When the bill came, I would act like I was reaching for my wallet although I had no intention of actually paying. Now in my 30’s, I don’t even do that. I know! I know! I'm the loudest one singing with Destiny’s Child when their song “Independent Woman” comes on “cause I depend on me,” but in my 30’s, I’m more honest with myself.

I enjoy being pursued and I like a man who makes a real effort to show his interest in me. I feel like it’s taboo to say this in 2019, but I want a guy I’m interested in to pay for dinner, make plans, buy flowers, open my car door, and walk me to the door like we are in a 1980’s romantic comedy. Yes, I can do it for myself, but I want to feel desired and I want to feel like my potential bae puts in the effort.

There are tons of amazing people in the world. Some people may have a lot of the qualities that look “good on paper" — things like attractiveness, a high paying job, a nice car, huge house, intelligence, and a sense of humor. I know because I have dated several of them. What I have learned in my 30’s is that just because someone is good on paper doesn’t mean that they are good for me and that is okay.

I have decided to not date from a place of scarcity where I feel as though I have to hold on tight to any good man that comes along regardless of whether there is a connection or not. The hardest part of this rule is breaking up with someone for no other reason than, “I’m just not that into you.” It is easier to end things with a jerk. It’s not as easy when he is a good guy.

4. Pay attention to the red flags.

Red flag: the negative way in which he talked about the mother of his children. Red flag: the fact that he would take gifts from women whom he claimed he wasn't attracted to, but who he knew were attracted to him.

Red flag: I began to have mild panic attacks on the way to his house. I would have trouble breathing, my chest hurt, and I started having pain from my neck down my arm. It was like my body was screaming “Red light! Stop! Do not pass Go! Do not collect $200!”

Red flag: the way he said he usually ended it with the woman. He would begin to nitpick at the things they did until they just broke up with him. I told myself the biggest lie, “I’m different, and he wouldn’t treat me that way,” but I know you can guess how we broke up. He started to nitpick at everything I did. He continued to gaslight me until I eventually broke up with him.

I used to ignore the red flags because I thought I was different and/or I thought I could change him. What I learned is that people will tell you who they are through their actions. Pay attention to what they are showing you.

5. My lengthy list of “things I want in a man” has been reduced to two things: I want to feel safe and I want a real connection.

My list of what I was looking for used to be a long one. I wanted Prince Charming with a body like The Rock, a sense of humor like Kevin Hart, money like Jay Z, with the intellect of Jesse Williams. After dating for a decade, being married, divorced, and now dating again I have learned that I just want two things: safety and connection. I want to know that my boundaries will be respected and that I my no will mean no. I want to be able to trust him with my insecurities and fear.  I want to feel I can be vulnerable physically and mentally with him. I want a relationship that is built on the truth of who I am and not who the world wants me to be. I want my body to tingle when he looks at me and I want my brain to tingle when we talk.

Dating for me in my 20’s was all about the milestones. It was about the race to the ring, the baby, and the white picket fence. It was about finding the perfect guy to validate my worth as a person, to prove that I could get and keep the life we as women are sold on as the only way to be happy. In my 30’s, dating is about what I want. I have learned through trial and error what I value and what is important to me, and I’ve learned to speak up for those things.

If you like this article, please share it! Your clicks keep us alive!
Tags
dating
dating advice
life lessons
life in your 30s