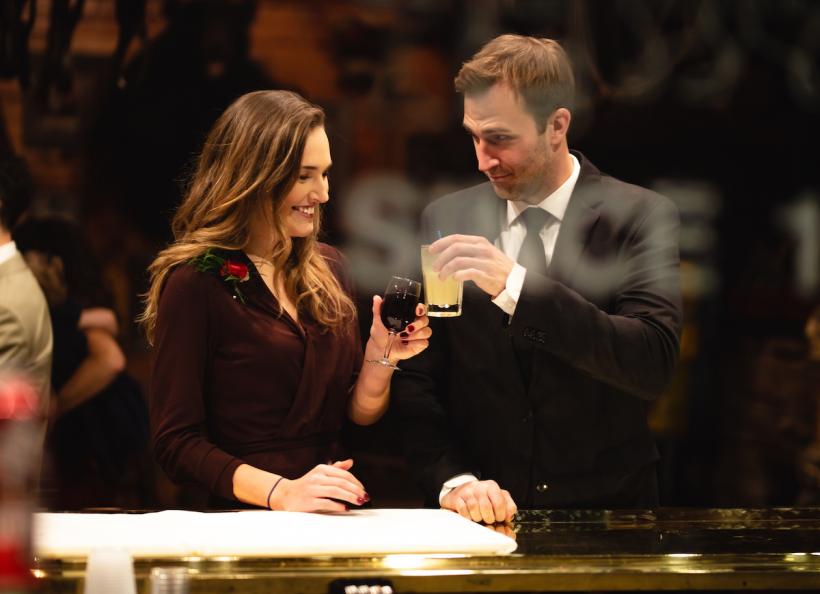 Photo by Gregory Hayes on Unsplash

Nobody likes when assumptions are made, especially when it comes to dating.

When someone assumes you want to get into a serious relationship with them, especially when it’s the last thing on Earth you want at that specific moment in time, it irks you.

Lately, I’ve been venting about this to a few female friends. Like me, my friends are all professional women in their mid-thirties. Typically, we have no problem being direct about what we want. But dating in your 30s presents a whole new set of issues. Women are told to minimize accomplishments as not to hurt potential dates' egos.

Finding a boyfriend when you’re deemed "intimidating" is hard, but what if you’re not even looking for one and you come across guys assuming you want them to be your one and only?

“Is there some rampant concern among middle-aged men that all middle-aged women want to settle down and monopolize their time immediately?” writer Vanessa Torre asks.

If you feel this way too, you’re not alone.

A while back, a friend and I had sex. It wasn’t the first time. This has been going on, intermittently, for years. We text regularly, but often after we sleep together his messages to me temporarily taper off.

One particular time, I reached out to him after we hooked up and said something along the lines of “I had a good time.” He didn’t write back, and we ended up getting into an argument about it.

Recently, we met up again, and all was back to normal. I apologized about getting mad about his ghosting, and he told me he was sorry too. He explained that he wasn’t ready to be in a relationship at the time, and he didn’t want to hurt me.

“What in the hell did I do or say that made you think I wanted to be in a relationship?” I asked him.

He smiled, cocked his head and shrugged.

“There were no indications, I guess.”

For me, I don’t presume anyone wants anything with me unless they make it clear. In my experience, if someone wants a relationship with me, it’s always been obvious. With him, I tried to keep our friendship going, as well as our hookups.

I was left feeling confused. I hadn't sent messages that could be received as "relationship-like." Nor had I sent “good night” and “good morning” texts regularly.

Those were precisely the kind of texts I began receiving from a guy I was casually seeing while living abroad, even though we'd both agreed that we didn’t want a relationship. He also told me he was falling in love with me.

Still, I didn’t assume he wanted a relationship with me because we had agreed we didn’t want that. However, he got the idea in his head that not only did I want a serious relationship with him, but he concluded that I'd wanted him to move with me when I left the country — an unreasonable expectation on his part.

Any gender can wrongly think that another person wants to be in a relationship with them. But, amongst anecdotal chats with my girlfriends, it appears this is often an issue among heterosexual cis-men.

Why do all these men think the women they're dating are automatically in love with them?

A 2018 Broadly article addresses this phenomenon. The author put forth a few theories — an inflated ego, a misinterpretation of gestures and texts, or the fact that the person is “just not that into you but too cowardly to say so, instead employing this excuse that conveniently absolves him of accountability and relies on the stereotype that women are clingy girlfriends who become ball-and-chain wives.”

An expert explained that this behavior might have its basis in evolution. Believing that women are more into them than they are could increase their chance of, um, spreading their seeds. That same expert noted in a study she co-authored that men fall in love faster than women even though most people believe that women fall faster, harder, and are tempted to say “I love you” sooner.

It turns out that it may not just be evolutionary. It may also have its basis in reality: because they’ve heard that’s what women want.

Rachel A. Sussman,  a licensed New York City therapist who provides relationship and marriage counseling told me that men aren’t just pulling this idea out of their butts (She didn’t use the word butts.)

“Some of that basis of truth may come from their own female friends who tell them women want relationships,” she said.

She said while she can’t point to any evidence, she believes there is a higher percentage of women who when they first start dating are doing so “with long term goals in mind.”

“There’s a higher percentage of men than women who don’t know what they want or who actually say they aren’t looking for anything and perhaps there’s a percentage of men out there who are out there right after a breakup just to distract themselves.”

The men she’s describing sound like me right now.

After ending a serious relationship, I don’t know what I want anymore.

“There’s probably a higher percentage of women than men who do want relationships,” she said. “It’s rare to meet a guy who will say they want to start dating because they want a relationship.”

Additionally, relationship expert Elizabeth Overstreet told me, “It seems as though there has been somewhat of a shift with men and women’s roles and some men have become more ‘relationship-centered’ versus women who have become more ‘career centered.’ This dynamic is causing some confusion in roles which were more traditional and a time where women focused first on marriage or in having a relationship with a man.”

Perhaps the explanation is, like everything else, that there are a variety of reasons (and of course, every person is different, so this is a total generalization I’m putting forth). It’s what men are told women want and perhaps they are either culturally or evolutionarily ingrained to believe that as well. Finally, gender isn’t binary and, as we begin accepting it as such, these kinds of stereotypes about what genders want should start to dissipate. We should try to read the cues of the individual we are dating (or not dating) instead.

If you like this article, please share it! Your clicks keep us alive!
Tags
dating
relationship
assumptions
hookups
committed relationship
fear of commitment

Why Do Guys Assume I Want A Relationship?
Gina Tron