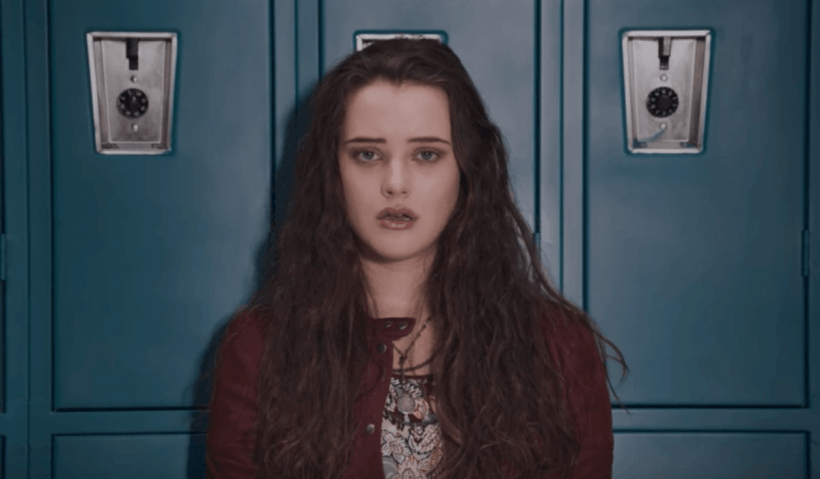 CN: discussion of suicide and rape.

(Also, less importantly, spoilers if you haven’t seen the show.)

I suck at pop culture. As a parent of teens, I shouldn’t — but as it happens, I’m mostly kept abreast of what’s happening in pop culture via the teenagers I should be protecting from it.

13 Reasons Why, based on a book of the same title by Jay Asher, is the latest in the newest trend of instant gratification binge-TV produced by Netflix and other popular streaming platforms. It follows the story of 17-year-old Hannah, alternating between present day and the days leading up to her eventual suicide. If you hadn't previously heard of the show, that's pretty much all you need to know.

Television used to happen one week at a time. You’d watch an episode, which would not infrequently end in a cliffhanger situation, watercooler (or locker) chat would ensue and for the following week, the office (or classroom) would buzz with the anticipation of what was coming next. And so on.

So much of TV is produced the Netflix way now. A new show drops like a Beyoncé record (but usually with a bit more notice) and, if you’re the TV bingeing type, you find yourself glued to the screen until you’ve forgotten to eat or pee for at least three episodes.

Then it’s over and, while you’re jonesin’, Netflix is secretly (or not so secretly) making another thing for you to binge.

Before I go on, I will offer you this disclaimer: I have only watched two episodes (one of those two is the last episode, which I paused or walked away from multiple times). Do not tell me to watch the whole series; I have skimmed others, but two episodes are enough for me to know I’d rather my kids not see it.

Heavy things, especially those involving teenagers, ought to be discussed around the table or on the sofa.

Does 13 Reasons Why prompt conversations about suicide, rape, teenage struggle in general? Yes.

Do we need a show to do this? I'm going to say no.

This isn’t to say that it's not important to talk about the heaviest of heavy things — I just don’t think this is the place, and certainly not without benefit of an adult.

That being said, I know a lot of folks ignore trigger warnings entirely, and there is some evidence that suggests they may even be harmful.

But when you’re going to be discussing suicide for an hour straight, folks should know that going in. All folks, but especially the teenaged ones.

Netflix isn't like a movie theater. There is no ID check happening. So yeah, while you're cooking dinner downstairs, your 13-year-old could be holed up in their room watching another teenager die.

3. Suicide needs to be discussed, but not like this.

We talk about video games glorifying violence. I’m concerned that in Hannah’s death there seems to be something not unlike glorifying suicide.

She’s our protagonist, and she’s dead. In fact, that’s how she becomes the protagonist. Her locker is adorned with flowers. Everyone is talking about her and how missed she is. People are mourning her, wishing they’d done something to save her.

As a parent, I can see how this show might open my eyes to some things I would otherwise not have been watching for, but kids don’t need that. Frankly, I think it’s dangerous to show this kind of post-mortem adoration.

This is not Gilmore Girls, and empathizing with Rory’s typical teenage strife — boys, school, a regrettable pixie — is not the same as watching Hannah die in a bathtub.

There are 13 episodes of 13 Reasons Why. At one hour each, that’s 13 hours of TV. Thirteen is a lot of hours to be talking about/thinking about/listening to people talk about suicide.

I can’t even read one article about suicide without being affected. Thirteen hours of TV would thrust me headlong into depression.

5. This kind of graphic depiction of suicide is not necessary.

My feelings on this aren’t even a little mixed. Netflix made this show and marketed it for teens as “binge-worthy.” They filmed a teenage girl slicing through the layers of her forearm, exposing her flesh and blood, and then dying in a bathtub.

And then they encouraged kids to watch it. And then it became the thing everyone is watching.

So now kids from middle school on are watching Hannah fictionally die in a way that doesn’t look fictional at all.

Remember when your toddler was absolutely terrified that the whale was going to swallow Dory and Nemo's dad (Marlin?)? Sure, that was a cartoon, but to a toddler, cartoons are as good as real. And to a teenager, I would argue this isn't much different.

Even though I’d heard it described, I watched the last episode so I could say I did — or I tried. And now that I can say I tried, I can also say that I could not finish it.

It’s graphic, she filets her own arm. But graphic things don’t bother me, I’ve held a human heart in my hands. What bothers me is that we watch a 17-year-old girl cut herself open and then die alone in her bathroom. This isn't CGI, this isn't Pixar animation, this is a real person who really looks like she's really dying. Kids don't need to see that. Ever.

Suicide is the second leading cause of death in kids 12-18. I don’t know if this is ever mentioned in the show, but either way, there’s the statistic.

Teens are being bullied everyday. They are seeing the fabricated lives of other teens on Instagram, bodies that aren’t real, boyfriends they don’t have, hair they can’t replicate. Teens are sexually assaulted, raped, abused. They worry about grades, performance, popularity.

Teens are living in a time that’s one of the easiest (no one needs a library to write a paper anymore) and one of the hardest (everyone knows your secrets in the time it takes for someone to talk shit on Snapchat).

Yes, there is educational value in the show, in at least some small measure — but the educational gains in this case aren't enough.

There is no television programming more valuable than having open, honest conversations with your kids. TV can’t do that. Not even Netflix.

Adults don’t always know what you’re feeling, but a lot of us have felt the same.

If you or someone you know needs help, call 1-800-273-8255 for the National Suicide Prevention Lifeline. You can also text HELLO to 741-741 for free,  24-hour support from the Crisis Text Line. Outside of the U.S., please visit the International Association for Suicide Prevention for resources.

If you like this article, please share it! Your clicks keep us alive!
Tags
Netflix
suicide
13 Reasons Why
Kids
parenting
TV
show
trigger
Rape