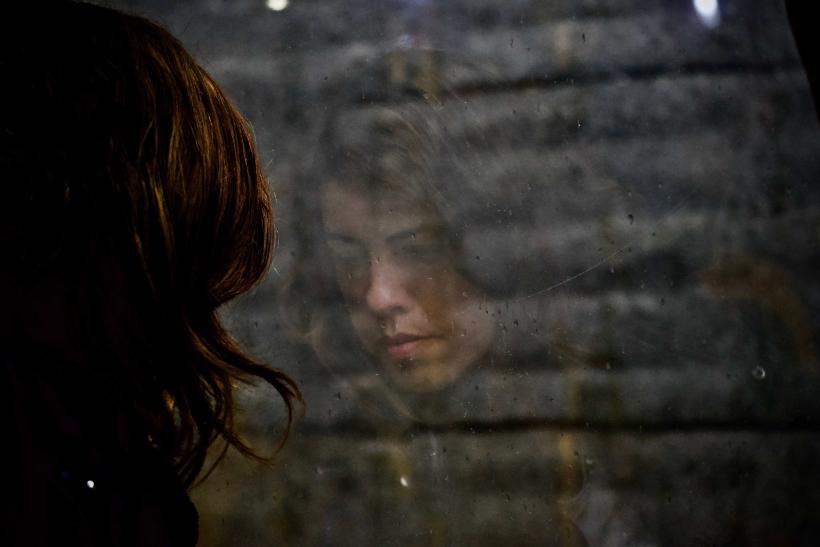 Photo by Tiago Bandeira on Unsplash

I can't get over with what happened to me, and I need your advice. I know you’ve also experienced assault, but I can't let it go, and I need your help. I still find myself confused and humiliated.

My best friend lives far away because I was born and still live in a foreign country and therefore we see each other only when I visit my hometown every year.

We’ve chatted every single day for almost two years. He always asked about my daily life, and we would chat for hours and say that we love each other. We would talk about our secrets, even though he doesn’t express his feelings. We hung out twice, and we felt a connection. During the second time, we held hands, and it was a nice moment — just innocent touch (In our country, we are not allowed to hug in public). I thought he was both passionate and mature.

When we met a third time, it was the worst experience I’ve ever had.

We were sitting in a park, holding hands because we hadn’t seen each other in a long time. We were talking and relaxing. I put my head on his shoulder, and he held my hand. I was looking at the grass, and we were talking about his ex. He said his heart was heavy while he pointed at my chest. I was surprised but thought I'd ignore it.

Then after a few minutes, he groped my chest. I was numb and found myself not reacting. I don't know why I froze. I just never thought that my best friend was that type of human. I never thought he would take advantage of me.

He kept touching until I removed his hand quietly. I still said nothing. My head was still on his shoulder, and I didn't want to look at his face, especially after what he did. We stayed silent and then he did it again, and I stayed silent until I called his name and he stopped.

I became more confused when he did for the third time, and I removed his hand. Then he talked and said, "Shall we try it." I was shocked, and I said "No."

I asked him why he would ask such a question and told him that I was shocked. He justified it by saying that just wanted to know my general opinion about sex. We then talked about something else, and I stayed frozen.

I can’t believe myself, but I stayed silent. He held my hand when we left the park. When he left, I was in a state of shock. I walked around for two hours and just stared at the ground. I felt suicidal and confused. I questioned if I let him take advantage of me, if I let him humiliate me, or if he was pretending to be my best friend.

Late that night, he wrote me on WhatsApp and acted like nothing happened. My heart was racing and I told him what he did was wrong. He apologized, but I felt he was giving a short apology when I expressed how he hurt me. I decided to leave the chat, and he said: "Okay, darling.” I felt even worse when wrote “darling,” as if what he did was not so bad. I cried and was shattered.

I didn't contact him for two days until he wrote and asked if I’d forgotten him. I just gave short kept answers until he asked what was the matter with me. I said that he didn't realize what he did to me and that he used me. His reply was "mmmm...I am sorry.”

I kept telling him that I didn't believe him. He replied by saying, "I am sorry. I know your thoughts. I am really sorry.” Not like "You are my best friend, and we need to talk…” No, just “sorry.”

I decided I want to forget this happened. He still contacts me through messages because of our busy schedules and asks how I am doing, like things went back to normal.

I don't know if I should continue the friendship and accept his ‘apology.’

My heart doesn't beat faster anymore, but I am still getting flashbacks and depression when I think of what happened.

I need any advice, Erin. I don't know what I should do. I thought of meeting him and discussing it with him face to face but I am afraid he will only say sorry and nothing more. He isn't the type to express his emotions but is one word — “sorry" — enough?

I apologize for writing a long letter. I just needed to write down all I feel and what happened. I feel like it’s going to scar me.

First of all, I am so sorry you went through this upsetting experience.

It is such a betrayal when someone we trust crosses our physical and figurative boundaries in a way that completely disregards our agency.

What your friend did was wrong.

The only thing he did right was that he did not force himself on you, and he eventually got the message of NO.

That does not discount the effect that this seemingly small (at least to him) mistake has had on you. I know that culturally, this may have an even more significant impact, as you mentioned that in your country you are not allowed to hug in public. So, I can imagine that this came as a real shock.

Now, as for his apology. Yes, I do think he is probably genuinely sorry. But, no he does not comprehend the impact his unwanted groping had on you. And I don’t know if any further talking about it will change that.

What concerns me the most in this situation is that you mentioned that you felt suicidal after this.

That needs to be addressed, above all else. I think it would be extremely beneficial for you to speak with a counselor or therapist about this. I am not sure what country you are in, but if you email me again, I will see what I can do about finding some resources for you.

I understand you feel humiliated by what happened, but you didn’t do anything wrong. You need to know that.

So where do you go from here?

Do I think you should accept his apology? It doesn’t seem like that’s a possibility. Ask yourself this — is this someone you even want in your life? It does not sound like your values line up. At best, he is someone who didn’t respect your boundaries. At worst, he’s a bit rapey. I think that in this situation, you are better off letting go of this friendship and moving on.

As I said previously, I highly recommend some therapy to deal with the feelings you are left with in the aftermath of the incident, including your feelings of depression (which may be underlying and set off by the situation). Additionally, a good therapist can work with you on learning to set boundaries with people in the future.

The information within Ask Erin should in no way be interpreted as medical advice because I'm not a medical professional. But I am here to help — to share with you the wisdom I've gained after years of making mistakes. If you have a question for me about relationships, addiction, dating, friendship, depression, sex, consent, what to read/listen to/ watch, Epidote, or anything at all, use the contact form below or email me at askerin@ravishly.com. As always, your anonymity is golden. Lastly, I’m so excited to share my Ask Erin Self-Care Guide, free when you sign up for my weekly newsletter. xoxo

If you like this article, please share it! Your clicks keep us alive!
Tags
Ask Erin
advice
Sexual Assault
assault
trauma
Depression