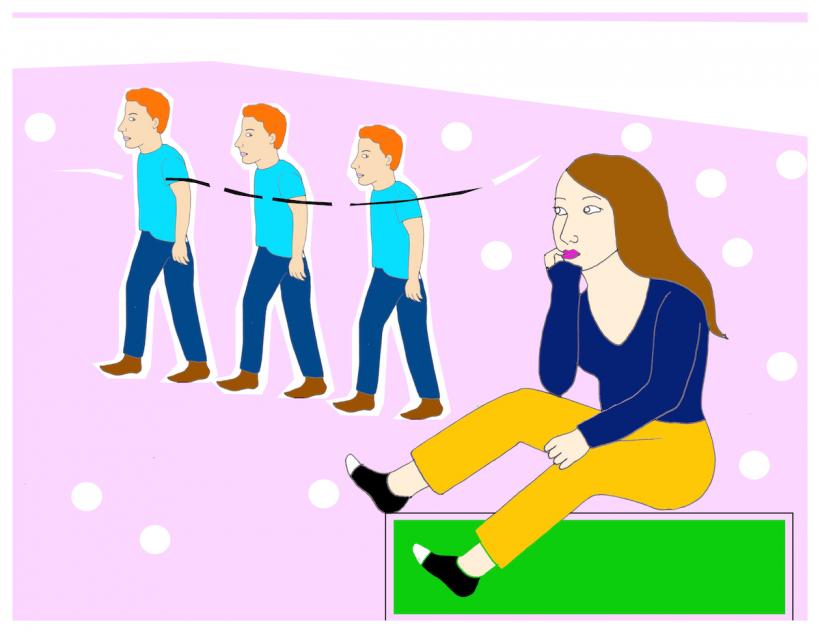 My boyfriend is avoiding me.

We recently ended the college semester, and things were okay. When we got back to college, he seemed different. He never talked to me. He always found routes to stay out of my way.

All my friends think he's cheating on me. I don't believe them because I know he wouldn't do that to me. I don't know whether I should approach him or just leave things the way they are.

Am I smothering him? Did I do something wrong?

This is such a common question. I get at least ten emails each week from people (usually women) whose partner is ignoring them.

It probably feels like you’re getting ghosted by your boyfriend — and, in a way, you are.

I don’t think couples need to be attached at the hip. You don’t need to be in constant contact with one another. But, avoidance is a huge red flag.

It’s not surprising to me that you are in college, as what he’s doing is very immature. Sadly, I’ve known men over 40 who’ve done this to partners, too.

Much like Jack Berger breaking up with Carrie via post-it note in that well-known episode of Sex and the City, his actions are cowardly.

He is not acting like a grown-up, or at least a healthy grown-up. His behavior is the worst type of passive-aggression. And the impetus? He’s scared to have whatever uncomfortable conversation he’s anticipating.

Are you smothering him? Did you do something wrong? We can’t know because your boyfriend has not communicated anything with you. And this is far more a reflection of his character than yours.

Turn this around. Instead of asking if he still loves you, if he still wants to be with you — how about figuring out what you want.

Do you want to be with someone who treats their partner like this?

I hope not. It’s disrespectful. And even IF you’d done something that upset him or you act a certain way that he doesn’t like, he has not told you this. You are not a mind reader.

What I think you should do is call him and tell him you need to talk. If he doesn’t respond, then let him know that you are ending things. If you do have that face to face conversation, let him know what’s been bothering you.

Set those boundaries regarding what you will and won’t accept in a relationship.

You don’t need to let him run the show. You can decide what you want and then make a decision accordingly about your relationship.

You won’t know what he is feeling or thinking unless you act him directly. I know it can feel scary to get an answer, because the answer may not be what you want to hear. But I promise you it is far better than being in the dark, in limbo, waiting to see if he comes back around.

You are young. Don’t tie yourself to someone who isn’t mature enough to communicate with you. It’s a million times better to be alone than to be with someone who makes you feel like crap.

The information within Ask Erin should in no way be interpreted as medical advice because I’m not a medical professional. But I am here to help — to share with you the wisdom I’ve gained after years of making mistakes. If you have a question for me about relationships, addiction, dating, friendships, depression, parenting, sex, consent, what I’m watching, what I’m reading, Amblygonite, or anything at all, use the contact form below or email me at  askerin@ravishly.com. As always, your anonymity is golden. Lastly, I’m so excited to share with you my Ask Erin Self-Care Guide, free when you sign up for my weekly newsletter. xoxo

If you like this article, please share it! Your clicks keep us alive!
Tags
Ask Erin
advice
relationship advice
ghosting
ignored
avoiding conflict