Put Down The Fitbit: How Your Fitness Tracker Might Be Hurting You 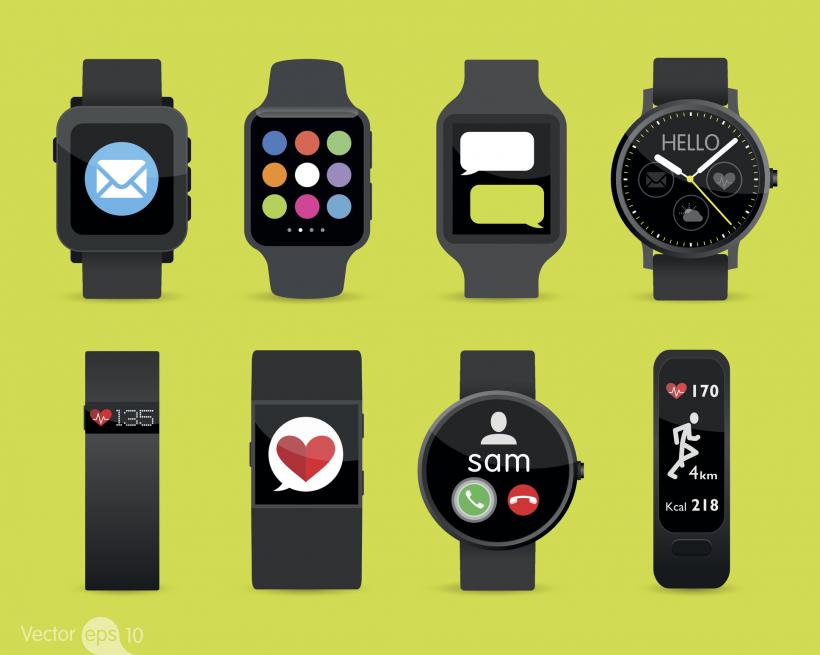 I remember (with obsessive clarity) several years ago when Nike first pioneered the electronic GPS-y pace-keeping device with its Nike+. Nike+ offered folks the option of either tying a tiny, but super-fancy sensor to your shoe, or going the extra mile and buying the next-level running shoe with a built-in pocket for the sensor.

Somehow, because of science, and the iPhone, Nike+ could tell you your pace and route, which was pretty amazing in 2008. Before that, we had Map My Run, where you could plot your route online and know how far you were going to run/walk/bike before you collapsed in a heap of exhaustion and/or defeat. But that took forever and did you really need to map the distance from your house to Starbucks and back?

So the Nike+ was my first foray into distance and pacing, and a real treat for an unmedicated numbers-obsessed mental health case such as yours truly. Nothing says OCD like knowing exactly how far you went and how fast, how often, and having the plotted graph to back it up.

Nike kept a log for you. You could then make that record public and pit yourself against other much faster runners, making you feel shitty about yourself if you didn’t already. So I kept my log and ran every day until my pace went from 13 minutes to about eight, in about four months.

I ran until my leg broke, which was way stupid, but also diseased — a symptom of bipolar mania + an eating disorder.

From the Nike+ log, and the outside in general, that looks like dedication to a lot of people. And that’s what a lot of people will say to someone like me, “Wow. I wish I had your dedication!”

Yep, everyone wishes they had my devotion, including the sleeplessness, energy like a 4-year-old hyped up on Hershey’s chocolate, right up to the point that it looks like an illness, and usually even a smidge beyond. Then envy quickly turns into, “Oh shit girl, nevermind, you crazy.”

The Fitbit is one of an entire display of fitness trackers at Target (or whatever big box store you give your money to). Other members of the tracking family include the Garmin, Misfit Ray, Jawbone UP3, Moov now, Xiaomi Mi Band Pulse, and of course the Apple Watch which will track your steps, your sleep, your heart rate, your political party affiliation, and probably your cervical mucous, should the need for natural family planning arise.

If you’re thinking, “knowledge is power,” well, you’re right. At least right up to the point where knowledge that has become power becomes an obsession.

But, but, but wearing a Fitbit encourages you to move more! You’re supposed to walk 10,000 steps per day!

True, walking is the single most effective form of exercise.

You don’t need a Fitbit to tell you that you’ve walked.

You need a half hour and some form of mobility.

I don’t mean you shouldn’t have a Fitbit if your one true desire is to wear a fancy watch to tell you how far you’ve walked in a day, and also who sent you a Snap. I do mean that it’s not necessary and in not just a few cases, pretty fucking problematic.

If you’re trying to lose weight or modify your body in any way, and you know that walking X steps burns X calories, and further that X cookies = X calories, it’s really unbelievably easy to convert that information into a behavior that seems healthy (because walking!), but is so not healthy. That’s an eating disorder folks.

Ask me how I know.

We have far more information than we will ever require, and “healthy is the new skinny” drives it. And all of the data, the graphs, the plotting, the 7-day averages? What is all of that knowledge driving us to do?

Sure, sitting too much can, quite literally, kill you.1

And yeah, you’re probably sitting too much.

But you don’t need a Fitbit to tell you that.

If you like this article, please share it! Your clicks keep us alive!
Tags
BB&A
Beyond Before & After
Fitbit
fitness tracker
apple watch
eating disorder
bulimia
exercise bulimia