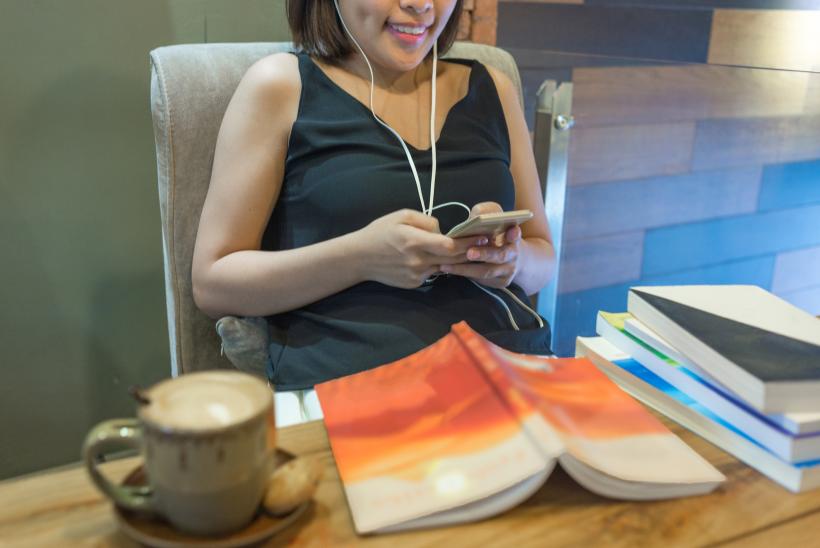 After literally Googling ‘how to make friends as an adult,” I learned that the dating app Bumble had a mode for finding female friends called Bumble BFF.

Making friends as an adult is tough. I’m twenty-eight years old and most people my age are busy with kids and careers. Like most adults, I don’t find myself with a ton of free time. And I don’t often end up in situations that are social enough to meet new people. Combine this with the fact that I’m in a serious relationship, and it’s no surprise that I’m not putting myself out there socially.

Making friends has always been difficult for me as I love to be alone. And, since I was a college commuter and spent most of my twenties traveling, friendships never seemed to stick. Now, as I’m settling into adult life, I’ve been craving some friendship. It’s that ‘thing’ that’s been missing from my life.

My boyfriend and I just moved to a new city, and I’ve been feeling lonelier than ever. Family members live an hour away and my boyfriend has a side gig on the weekends that leaves me with the house to myself. So, instead of feeling sad and depressed about it, I decided to make an effort.

After literally Googling ‘how to make friends as an adult,” I learned that the dating app Bumble had a mode for finding female friends called Bumble BFF. I’m one of the few millennials out there who hasn’t used a dating app before. Since I’ve had the same boyfriend since high school, I never had to use Tinder, Bumble, or the other array of dating apps, so this was strange territory for me. It became even stranger when I had to explain to my boyfriend why I was downloading a dating app.

I created my profile, found the collection of photos that best represented my character (if that’s even possible), and started swiping. Here’s what happened.

1. I had to simplify my character.

Trying to sum myself up in one short bio was tough. I really had to simplify my character and determine what would make me sound friend-worthy. I was able to do it pretty easily though, which made me realize that I know my worth more than I thought I did.

An app for dating or making friends can make you feel vulnerable. I was literally putting myself on display and hoping someone would choose me. But I put myself out there regardless and still had women who were swiping right on me.

3. I realized how flaky people are.

I’m totally included in this. I matched with SO many women. I even spent time talking to a bunch of them via direct message. The conversations all went well, but in the end, I only ended up meeting one person in real life. Eventually, people just stopped responding to me or vice versa. I think that many of us like the idea of having friends, but when it comes to actually putting in the work, most of us flake out. Sitting in bed with a book just feels better than meeting up with a stranger for drinks sometimes.

4. I realized that people just want to learn about themselves rather than make friends.

It seemed to me like many of the women on Bumble BFF (myself included) just want to know that people want to be their friend. It’s good enough for them that people swipe right on them, even if they never talk or meet in person. Perhaps the whole thing is an ego boost disguised as a way to be social.

I thought I wasn’t a judgemental person, but I realized that isn’t true. From the safety of my phone, I judged the heck out of the women on the app. Photo of your girl squad where everyone has their hands on their hips? Nope. Too many selfies? Swipe left. Any mention of brunch, Netflix & chill, or happy hour? Not for me. Under the age of 27? No. #girlsquad, definitely no. I probably missed out on some girls I would have liked if I got to know them.

I started swiping right on too many people. At one point, I was talking to five different girls and trying to plan friend dates with all of them. It got too overwhelming and I ended up hanging out with exactly none of them. My chances with them as future friends are probably ruined.

7. I met a really awesome friend.

I actually had one Bumble BFF success. She and her husband just moved here a few months ago and don’t know anyone. She’s smart, kind, interesting, and seems like an amazing person. We’ve been on three friend dates and one double date since we first met. Honestly, she’s one of the best people I’ve met in a long time. We are so much alike!

8. I got more comfortable being social.

When I was traveling all of the time, I was super comfortable with being social. I was constantly meeting new people in hostels, cafes, and expat meetups. Making small talk and putting myself out there became second nature. Since being back in the U.S, it seems like I’ve forgotten how to socialize. After using Bumble, it’s all coming back to me.

9. I gained control over my friend group.

When I was in school or at work, I typically became friends with whoever was around. Grabbing drinks with my coworkers was easy, and I became friends with people out of convenience. I let people into my life who I didn’t always necessarily like. Many of them were bad influences who didn’t have the same goals or dreams as me. Like the saying goes, ‘your network is your net worth,’ and mine was pretty low back in those days. By choosing people on Bumble BFF, I feel that I have more control over the kind of people I let into my life.

Finding friends as an adult is hard but it doesn’t have to stay that way. Using apps like Bumble BFF is a great way to find someone that you can really connect with. Just make sure to use it wisely. In the end, it’s really about how you use the app that matters.

If you like this article, please share it! Your clicks keep us alive!
Tags
making friends
adult friends
Friends
Friendship
Bumble
Bumble BFF