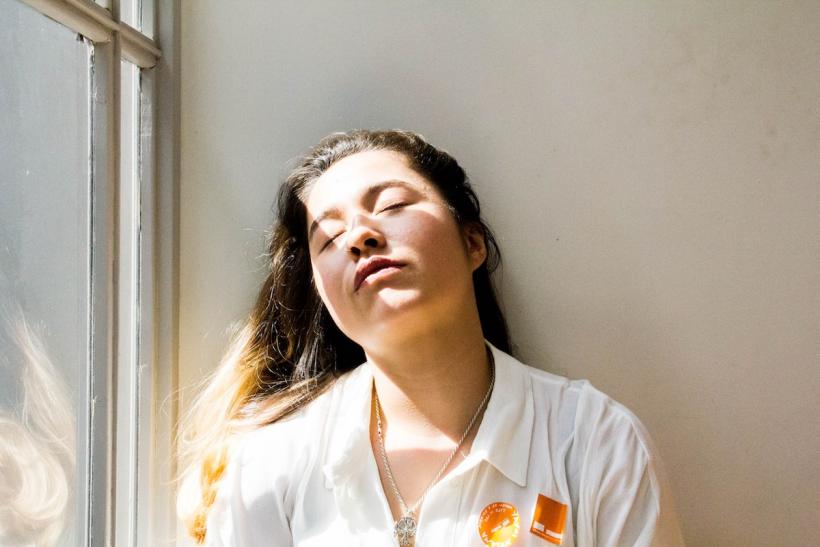 When I tell people I have Fibromyalgia, I usually get a strange, wide mouthed stare. “It means my body sends messages of pain to my brain when there’s no stimulus for it,” I tell them. Sometimes, I’ll add, “It means I am in pain all day, every day; it’s just a matter of how much.”

There are pros and cons to the invisibility of my illness.

For nearly a decade, I have dedicated myself to living the best life I can with Fibro. There are good days and bad days, wins and losses. I’ll never run a marathon but I can make it through days that feel like marathons. Still, I have paid so much attention to treating the pain inside my body that some things went by the way side.

“You don’t even look at men,” my nonna remarked during one family vacation. She wasn’t wrong. I was so busy making sure that I had a handle on my pain that I didn’t have any extra energy to even consider dating. Pain has a way of narrowing one’s focus, and I was focused on how to handle and decrease my pain — not dating, not even looking. For many years, I even forgot what attraction felt like. Pain took no prisoners.

If I am honest with myself, I have to admit there is another reason I stopped “looking at men” (as Nonna put it), and that was because I was afraid they would look back at me. I was fearful over what they would see. The thought of explaining my new body, with all its quirks, was frightening to me in all its complexity.

Sometimes I find myself marking my life Before Fibro and After Fibro, one of the biggest contrasts being the way I felt in my body. Before Fibro, I was aware of my body in all the wrong ways, knotting my self-confidence and weight together in ugly, destructive ways. I always felt a little chubby, until my senior year of high school when I started working out with a trainer four days a week. By prom, I had the body and boy I'd always wanted. A year later, that same boy would tell me, “No guy wants a fat girlfriend” after I reached for a second cookie. I was the exact same weight as I had been in that prom dress.

A year later, that boy was gone and a one-time seizure caused my fibro. Everything changed — including the way I felt about my body. I no longer had the luxury of worrying about my weight with the amount of pain I was in the entire year it took to get diagnosed. Still, I was aware of it. I could actually feel the added weight with every step I took, every movement I made, in a way that I never did before.

Let’s just be honest: when you’re in pain, carrying an extra twenty pounds is just hard. Make it fifty or sixty and it’s damn impossible. Now, my weight was tied to my fibro pain. As much as that pain kept me in my body all the time, it also disconnected me from my body at the same time — constant pain can do that to you.

For so long, I tried to make myself invisible to the opposite sex because of my invisible illness.

So when it came to dating, I hardly knew where to begin. With the support of friends, I jumped into dating, keenly aware that my weight was not the only Fibro issue I’d wrestle with in this arena.

I dated all types of guys — some one-offs and some longer term. I learned that dating with Fibro can be tricky. I didn’t know when to drop the Fibro bomb (or rather the explanation of what Fibro is and what it means for me specifically). When it came to online dating, I kept getting matched with these really heavy duty outdoorsmen. They climbed mountains. They hiked miles upon miles. It frustrated me at first but it also forced me to put the limitations of my body on the table from the beginning.

Before I knew it, they weren’t limitations at all. This was my body. Take it or leave it.

I bought new clothes to fit this bigger body. I had to do my hair and makeup and smile through small talk when in pain. But as my experiment went on, simply going out had me shedding a few pounds here and there. But that had nothing to do with the confidence I gained as I dated and dated and dated. By the end of last year, guys I had once thought way out of my league were asking me out. And it had everything to do with how comfortable I was in my skin, Fibromyalgia and all.

Dating actually gave me control of my body in a way I had not known since Before Fibro — and maybe not even then. I’d thought explaining Fibro and deciding when to explain it to a guy was a burden. But really it gave me power. I never had to worry about any of these guys begrudging me reaching for a second cookie. I found clothes that made me feel both comfortable and powerful — long and loose tunics in an array of colors, leggings, and wedges — things I liked with no thought as to how guys would perceive me.

I was desired, Fibro and all, which was something I didn’t even think was possible.

I learned to love my body as it is now: full of pain, and in need of a little more TLC than the average healthy person. I wasn’t irrevocably broken as I’d thought. Instead, men were attracted to me for the very qualities I gained from Fibro. My strength, tenacity, my humor in the face of tough stuff — and yes, the body that Fibro had taken, or rather given. I saw my body for what it was, not what it had been when I was in high school, not what it could be if I didn’t have Fibro. I lived in it. I got comfortable there. After all, when you’re sitting across from a guy on a first date it can be awkward as hell, so I at least better be comfortable in my own skin. And I learned to be.

If you like this article, please share it! Your clicks keep us alive!
Tags
fibromyalgia
chronic pain
invisible illness
disability
body image
Healing