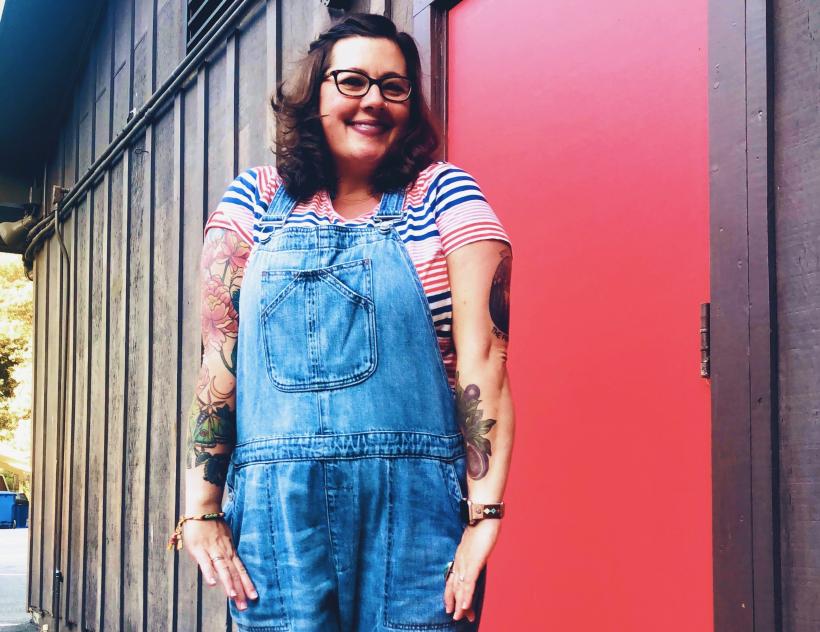 Fall has officially arrived in the mountains.

The leaves of the deciduous trees are beginning to turn — red, orange, yellow, shades of sunset — and fall, announcing the change of seasons with a whisper as they blow about the schoolyard. The mornings are cold. Children are wearing winter coats — some of them new, some yet to be replaced — too short in the arms, too tight across the chest. Breath has become visible — a puff of warm vapor among the misty fog. Hot coffee feels more necessity than luxury.

She is still there — the homeless woman in whom I see shadows of my mother. Her sweatshirt has been replaced by a puffy winter coat. She wears flip-flops still, but her feet, previously just filthy, are now swathed in filthy socks, the ‘T’ bar of the sandal cutting between her first and second toes, making her feet look more like the hooves of a horse than the foot of a human. She still carries the same suitcase, rolling it along unevenly on it’s broken wheel. She still holds a cup of something, the cup itself changes every week or so — though one constant is that it’s always a disposable that isn’t being utilized like a disposable.

Last week, I made a stop at the grocery on the way home. I’ve told you before that we have two, on this day I chose the mini fake Whole Foods/CBD supplier. My choice of grocery depends on what I’m buying. Wine or anything organic is CBD store. Soda, chips, basically anything that isn’t wholesome and incredibly, even nauseatingly nutritious, the other one. On this day I was after a much-needed bottle of Zinfandel, tomatoes, lettuce, and some mint chocolate wafer cookies (thank god they at least have cookies). I also ended up buying two bottles of Kombucha, a bottle of Yerba whatever it’s called tea (the one with the extra extra caffeine), two very small, locally made pies (pecan and pumpkin),  and a bottle of salad dressing that ended up tasting a lot like seasoned cardboard. The total was something like $82.

You Might Also Like: Money Does Not Prevent Depression — But It Probably Makes It Easier To Survive It

While the children packed our reusable bags with the array of things I’d picked up but mostly didn’t really need, I swiped my card and entered my pin. The register screen read "declined" and my heart dropped. I remembered a time, many times, that I’d been standing in a line with three small children and a basket of groceries budgeted to the dime, finally having gotten to a register only to find, via my unusable ATM card, that my checking account was overdrawn. In those days, there was no savings account for the checking account to pull from in the event of the inevitable accidental overdraft, no credit card. It wasn’t infrequent that it wouldn’t be accidental, but rather an act of desperation —hoping payday would arrive before the rent check cleared. But in this case, in the case of my family no longer being broke as a joke, I was alarmed but sure something was wrong. I re-entered my PIN and the transaction went through

I didn’t even pay attention to the total until the cashier offered me the receipt. When you bring your own bags (which is actually required in our county), the cashier will give you — in exchange for each bag — a little paper coupon that you can slide into a slot at the door, effectively “donating” a dime to a local charity. Ocean cleanup. Wildlife preservation. Foodbank. Three others I don’t remember because we almost always pick foodbank or wildlife.

It was while the children were depositing their little paper coupons that I thought about how much I’d just spent on essentially nothing.

We left. It was a warm afternoon that had started as a chilly morning, not uncommon here. The sun was shining onto the asphalt; the asphalt was reflecting it’s absorbed heat into the parking lot. I pressed my fob and the door of my van slid open on command. I loaded the groceries, loaded myself, and turned out onto the street  — and there she was, sitting on the curb. Her socks were gone, replaced by flimsy sandals. The puffy jacket that had provided warmth in the morning had been repurposed to provide cushion for her in the afternoon. Her cup sat next to her on the ground. Her lips were moving as she said something either to herself, an imagined stranger, or someone else in her head.

Lots of poignant things have been written about homelessness, mental illness, poverty, hunger. Those things are important, but this is different. She just looks so much like my mother.

She looks so much like my mother, she could be my mother.

My eyes are trained now, or drawn, to seek her out. I see her almost daily. Every time I do, the space between my mother and I, between my warm, cozy house nestled in the trees, and the sleeping bag this stranger sleeps in at night, narrows. The distance between the life I lived in struggle, in financial straits, the unmedicated years of mood swings, and the life I live now, the one where I know I can’t be overdrawn, where I know my meds will auto-refill and my brain will stay stable, disappears. I feel a combination of gratitude and mourning, and maybe some fear.

There is the gratitude there, resolute. My bank account is full. My cupboards are full. I can buy miniature, local-made, $10 pies — crusts flaky and delicate, the way a butter pastry expands in the heat of an oven, leaving pockets of air.

There is mourning. I’m looking at my mother but she’s somewhere far away. I don't know where. I don’t know that she isn’t walking around in dirty socks, drinking day-old coffee, chewing the filter of an off-brand cigarette.

I am thankful every damn day for just how lucky I am.

If you like this article, please share it! Your clicks keep us alive!
Tags
poverty
gratitude
homelessness
mental health
estranged parent
real ravishly