I Didn't Realize Moving Meant Packing Up My Trauma, Too 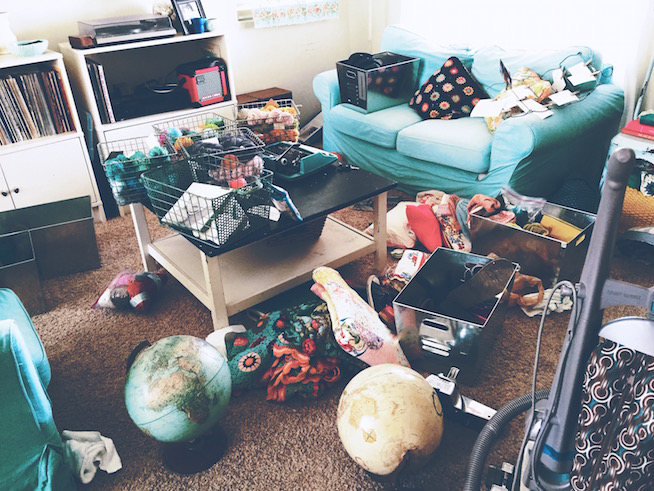 I have to pack boxes and go through things that remind me of all the lives I’ve lead and throw away things that no longer serve me.

It was lacking one entire exterior wall because my step-father, an alleged contractor and confirmed drunk, was going to add a bedroom. He was going to add a bedroom because cramming four kids (ages 4, 6, 9, 13) into one very small room in the middle of literal nowhere is a recipe for homicide. Instead of adding the bedroom though, he just knocked out a wall, got drunk, and hung a blue plastic tarp where my bedroom might have been.

When we moved to that house I was in the very beginning of fifth grade. I had been at the school I was at for just over a year. The move to the missing-wall house necessitated yet another new school, one that I would be at for less than a full school year before my mother would pull me out and move me back into town and to yet another school.

So the move to the country is the move I remember the most.

Before that move, there was also the move from the apartment in Ohio to the shabby rental house in California to the apartment a few miles away from the rental (none of which I remember because I was a baby) to the house we lived in for a couple of years before my mom and dad split up (or she left him, as it were). That house is the first place I remember living. That is the place I remember watching my mom drink Michelob and smoke pot and play strip-poker with strangers. I remember the fights that happened leading up to the leaving — and then of course, the leaving, I remember that very well.

After my mom left my dad (when I was four) she moved me to my grandparent's house for a summer. When I came home, we lived in yet another house with her new husband and my new step-sister. I started kindergarten at a school where I was smaller than everyone and got my milk money stolen every day.

When I got sick of her moving, I moved to an apartment with my dad another city, then to a house he bought, and then finally off to college and so on.

As an adult, the one thing I really wanted was to buy one house and live there until I died at a very old age. But necessity (and finances) meant I lived in a series of apartments and a few rental houses before my husband and I finally bought our own place when I was 30. I lived there for five years, which might as well have been an eternity, until I left my husband and moved myself into a pitiful apartment furnished with leftovers from my grandmother’s garage and crap from Walmart. From there I moved again to a slightly larger pitiful apartment, where I lived only a few months. From there my new husband and I moved into the house I currently live in that I am currently in the midst of moving out of.

I’ve lived in this house for eight years which is the longest I’ve lived anywhere in my entire life.

They say home is where the heart is, but I have forgotten my heart in a lot of the places I’ve lived. I’ve discarded it into the bags of trash left on the floor — the inevitable papers and lost toys you find under sofas and beds, those twisty ties they put on bread, manuals for appliances that you put in a drawer or on a shelf to refer to later but then forgot the location of entirely. I’ve thrown my heart away with the leftover pieces of whatever life I was leaving. This is how the child of an alcoholic protects their feelings; they discard them. If you allow yourself no feelings, you avoid the potential for having those feelings hurt.

It’s not that I don’t want to make any house I am in a home. You’d think after all this moving I’d be great at settling myself somewhere new, but it’s the opposite. Moving incites in me a state of panic, a paralytic anxiety — not just the act, but the mere idea of it.

I have tried to dig into the reasons behind this. Am I worried about being away from people? Is it the disarray of boxes or the hassle of change of address forms? Is it the change of scenery? Is it the new squeaks and creaks and moans of a place you’ve never slept? Is it the fact that I have to go to a new grocery store or that I’ll have a new postman?

I cannot fix the fear and anxiety and overwhelming sadness about this upcoming move. The frightening truth is this: the only way out of it is through. The only way to the other side of these feelings is to have them and continue to soldier on. As long as I am able to, I have drag myself out of bed in the morning and make breakfast and pack lunches and do my job all day.  And in the evening I have to pack boxes and go through things that remind me of all the lives I’ve lead and throw away things that no longer serve me.

I have to sit on the floor during the day and cry silently and alone. And at night I have to fall into my husband and sob heaving sobs. And when we drive away from our home for the last time, I have to sit with this pain and this fear and this inexplicable sense of being so alone in everything and yet so surrounded by people with the same fear.

If you like this article, please share it! Your clicks keep us alive!
Tags
moving
anxiety
trauma
Depression
PTSD
CPTSD